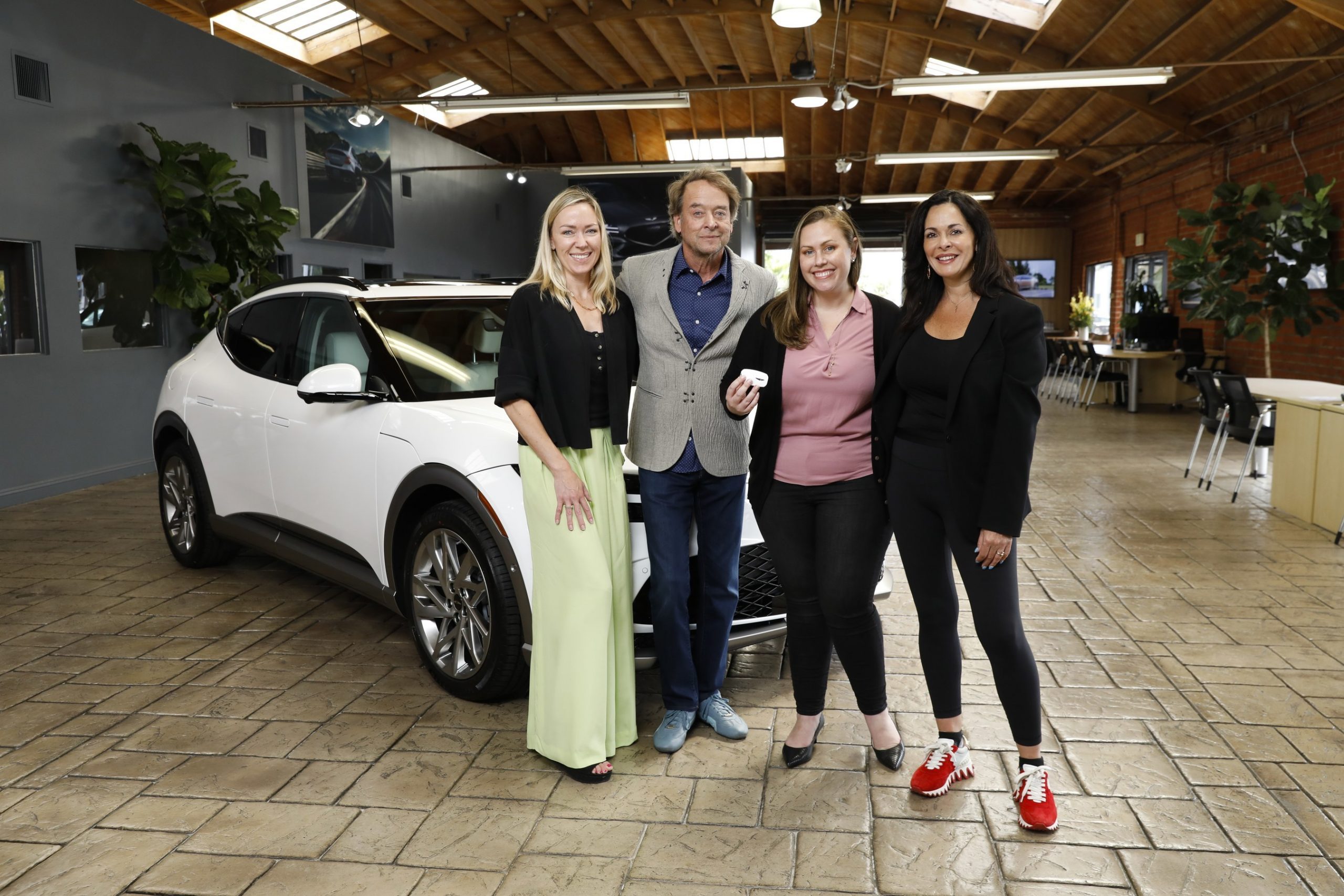 Genesis has announced that it has officially delivered the first GV60 electric vehicle in the United States for the first time, as Patricia Wayne of Los Angeles officially took delivery of her vehicle on Thursday.

Wayne said she purchased the Uyuni White GV60 at a Genesis store in Santa Monica, California, after being drawn to its bold styling and advanced technologies.

“GV60’s design is simply breathtaking and you can’t beat its curb appeal,” Wayne said. “I wanted to be part of the next generation of luxury EVs. I like to think that the GV60 has evolved the basic function of electric cars into a new kind of sustainable luxury.”

In mid-May, Genesis announced it would launch and start sales of the GV60 in the United States. The small, crossover SUV is Genesis’s first EV. Tech was a core focus of the GV60 project, as the automaker mentioned several of the “world-first automotive features” it would include in including Face Connect and a Cyrstal Sphere. These are innovative new features that will enable drivers to be more connected with their vehicle, Genesis said.

Genesis brought forward a new program, called ‘Priority One,’ which curated a personalized experienced for GV60 orderer. The program was open to clients in California, Connecticut, New Jersey, and New York, and streamlined the delivery process by simplifying the stress put on the buyer. Wayne took part in the program, and said she feels “lucky” to be the first U.S. owner of the vehicle.

“I’ve been following this car for almost a year now, and I’m embarrassed to admit how eager I’ve been for it to arrive,” Wayne said. “I definitely feel like a kid for the first time in a while and cannot wait to hit the road in this car. I feel so unbelievably lucky to be the first person in the U.S. to own the GV60.”

COO of Geneisis Claudia Marquez said, “The delivery of our first electric vehicle marks an important milestone for the brand. This is yet another step towards a more sustainable future, and we are pleased to be welcoming customers like Patricia to join us on this journey.”

Genesis has also collaborated with Electrify America to offer complimentary charging sessions of 30-minutes in length for the firest three years of ownership, it said. “Owners of the 2023 GV60 will have access to ultra-fast charging on Electrify America’s coast-to-coast charging network and can seamlessly locate and access charging stations while on the road via the Genesis Connected Services and Electrify America mobile apps.”