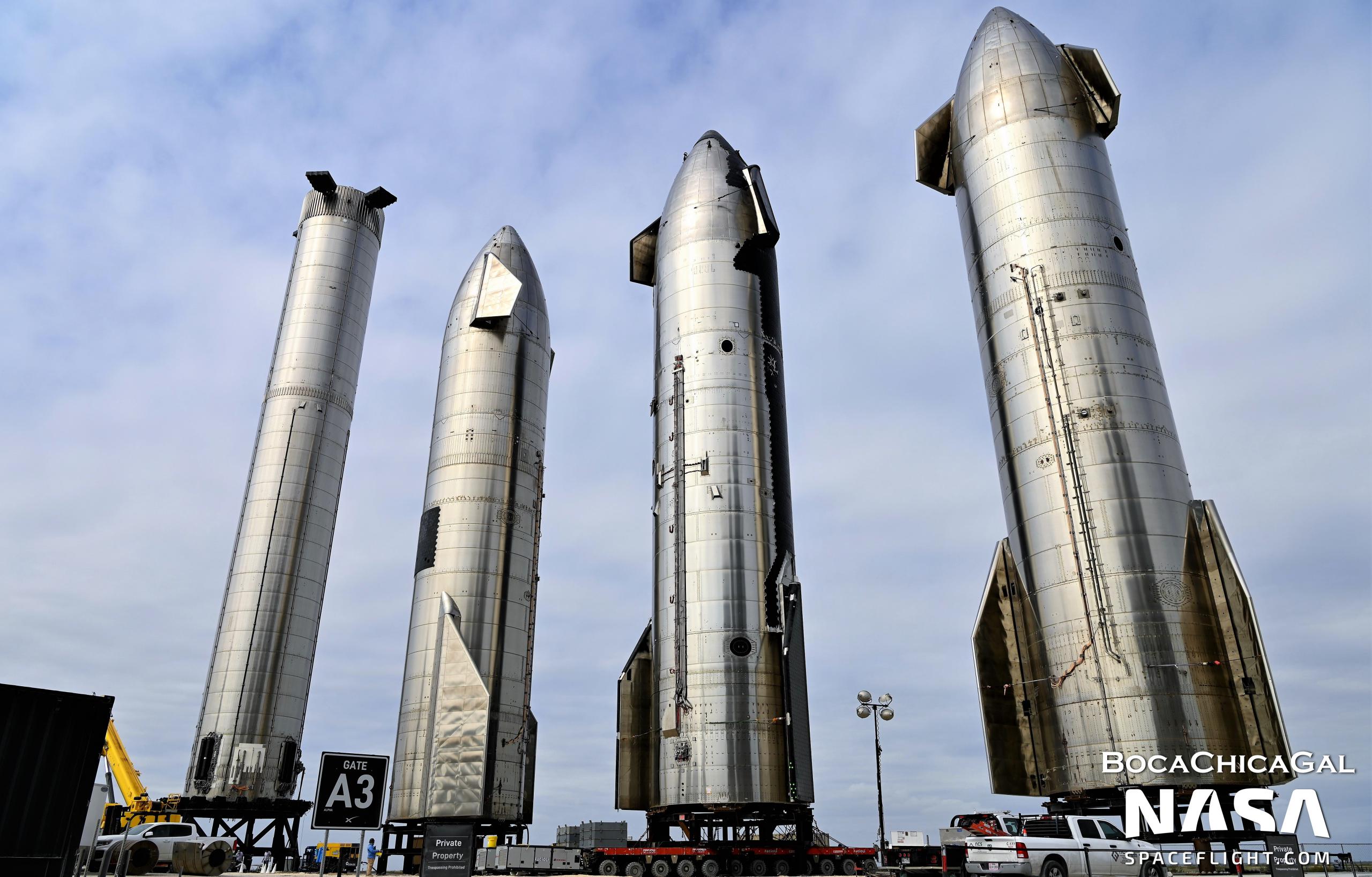 In a brief Twitter exchange, the Brownsville/South Padre Island International Airport (BRO) appears to have talked SpaceX CEO Elon Musk into turning a retired Starship prototype into a public exhibit.

Operational in some form since 2020, SpaceX’s ‘Starbase’ Starship factory is already a bit of a tourist destination for Brownsville, Texas and the local Rio Grande Valley – particularly for fans of spaceflight and rockets. The substantial factory and a trio of orbital and suborbital launch pads are both located directly beside a public highway, a tiny private housing development, and a public beach – maintaining access to all of which has been a consistent challenge for SpaceX for years.

However, the company has continued to work to coexist with locals while simultaneously generating tourism and bringing unprecedented economic growth and publicity to the relatively quiet region. It’s increasingly unclear if SpaceX will be able to realize its full ambitions for Starbase and South Texas but Elon Musk recently reiterated the company’s commitment to maintaining a strong presence in the region whether or not the US government gives it the permissions it needs for regular Starship launches.

Musk’s drop-of-a-pin willingness to donate an entire Starship prototype to a local organization certainly exemplifies that commitment. While Starbase is already a de facto tourist destination where people can get within a stone’s throw of several prototypes of the largest rockets ever built, the setup for visitors is very impromptu, inconvenient, and right beside an active highway and rocket factory. A dedicated Starship display at a less frenetic site with dedicated parking and no need to tiptoe around a highway would undoubtedly be an improvement.

Situating that public Starship display directly beside the largest local airport would also preclude the need for prospective visitors to drive half an hour out of their way, ensuring that far more people actually get to experience a Starship up close and learn about SpaceX’s presence in the region. Thankfully, increasingly unusual behavior means that SpaceX has no shortage of prototypes to choose from.

Starship SN15 is the first prototype of any kind to fly to a moderate altitude (~10 km), fall back to Earth like a skydiver, flip around at the last second, and survive a soft landing in May 2021. Musk once said that the historic prototype would be reused on a second flight test but the ship never did and has instead sat at Starbase’s ‘Rocket Garden’ ever since. Starship SN16 – almost identical to SN15 – was also supposed to fly but never got to perform a single test before it was retired to the same garden.

Up next, SpaceX mostly finished an entire Super Heavy booster – standing almost 70 meters (230 ft) tall – late last year but sent it (B5) directly to the ‘garden’ without even attempting to finish or test the rocket. Its sister booster, Super Heavy B4, was at one point supposed to support Starship’s first orbital launch attempt but has only completed a fraction of the necessary proof tests after spending almost half a year floating around the orbital launch site. It’s entirely possible that B4 will meet its end beside B5 later this year.

Finally, SpaceX most recently decided to assemble Starship S22 – very similar to Starship S20, the other half of the first orbital test flight pair of B4/S20 – and stacked the ship to its full height on February 14th, 2022. After installing its nosecone and the last two of four flaps, though, SpaceX immediately sent the unfinished Starship to the same graveyard of retired prototypes, strongly implying that it, too, will never be used.

While increasingly confusing from a programmatic standpoint, SpaceX’s ever-growing supply of retired or fully unused Starship and Super Heavy hardware gives the company plenty of options for donating one or even several prototypes. The only real barriers are the need for a concrete foundation to secure the display vehicles and the challenge of transporting vertical, building-sized rockets by road. To get a Starship all the way to the Brownsville International Airport, a number of power lines and traffic lights would likely need to be temporarily removed or rerouted, but that’s a relatively minor inconvenience with enough political will.