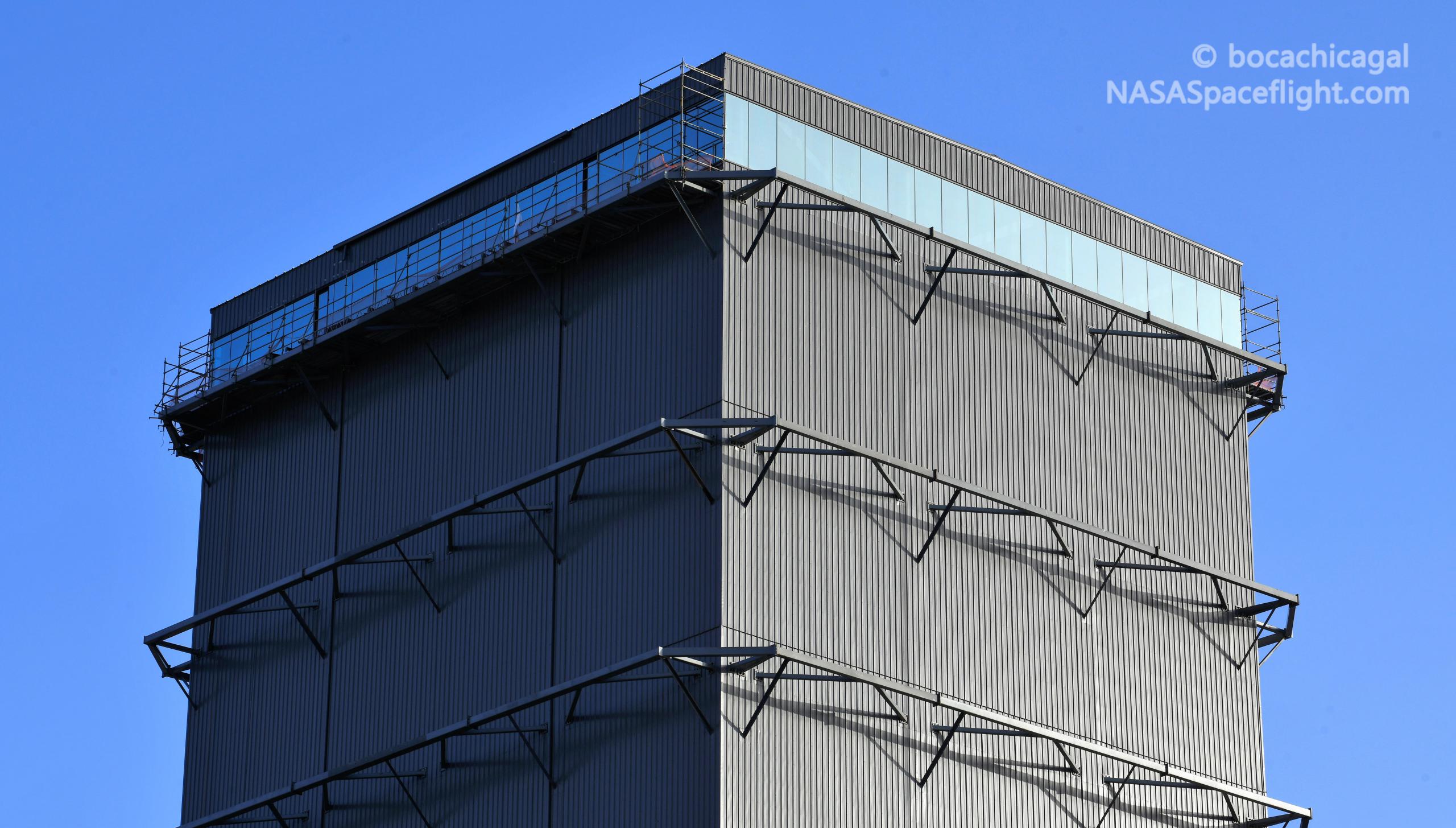 SpaceX appears to have more or less broken ground on a new, even bigger ‘high bay’ assembly facility at its Boca Chica, Texas Starship factory.

Barely one year ago, SpaceX erected the first prefabricated steel sections of what eventually become its Starship factory ‘high bay’ – a spartan 81m (~265 ft) tall designed at the most basic level to shield final Starship and Super Heavy booster assembly from the elements. Situated near the southernmost tip of Texas and just a few miles west of the Gulf of Mexico, those “elements” can be less than pleasant at SpaceX’s primary Starship factory, ranging from sauna-like heat and humidity and mosquitoes the size of quarters to regular downpours, thunderstorms, tropical conditions, and even hurricanes.

While a great deal of work at Starbase is still done out in the open with little more than an umbrella as protection, SpaceX has nevertheless worked to find a middle ground where the most sensitive work (mainly structural welding) can be mostly shielded from wind and rain. First, SpaceX built a (relatively) tiny ‘windbreak’ too small for much of anything. Two years later, the windbreak is partially used for Starship nose section assembly – when a nose cone is stacked on and welded to a separate stack of four steel rings.

A few months after the triangular windbreak was fully finished, SpaceX started work on a larger box-like building that would eventually be known as the Starship factory’s ‘midbay.’ Standing around 45m (~150 ft) tall, the midbay was designed to support the process of assembling Starship tank sections from several stacks of 2-4 steel rings but was – for whatever reason – left too short to support the full Starship assembly process.

Instead, once Starship tank sections were finished, they would have to be rolled out of the midbay for nose installation. Eventually, in July 2020, SpaceX began assembling an even larger ‘high bay’ that would ultimately measure 81m (~265 ft) tall and 20-25m (65-80 ft) wide and deep – easily big enough to fit the company’s existing Falcon 9 or Falcon Heavy rockets with room to spare. More importantly, of course, the high bay was built to be large enough to support Super Heavy assembly from start to finish, giving SpaceX teams a sheltered place to build the largest rocket boosters in history.

As of August 2021, SpaceX’s midbay has supported the assembly of 10 Starship prototypes, 5-6 propellant storage tanks, and several ‘test tanks,’ while the newer high bay has helped SpaceX build three (mostly) complete Super Heavy boosters in 2021. However, working at full speed, SpaceX’s midbay is really only capable of supporting the assembly of one Starship tank section (and more general work on two) at a time and the high bay – while offering at least twice the covered surface area – appears to be limited to simultaneous work on two or three different stacks (boosters, ships, tanks, etc.).

As SpaceX slowly but surely treks towards the end of approximately two years almost exclusively dedicated to building ever-changing prototypes, it’s been clear for a while that the company would need to drastically expand its production facilities to produce the dozens of Starships and boosters CEO Elon Musk has been publicly dreaming of. Even at lower volumes, those existing facilities – while great for producing a dozen or more prototypes per year – would still become a chokepoint for the near-term production of a small fleet of operational Starships and Super Heavies.

In turn, Musk revealed that SpaceX was about to start building “a much larger high bay” adjacent to the existing structure in late July. On August 20th, a little over a year after assembly of the original high bay kicked off, SpaceX began the process of tearing up existing concrete for the even larger bay – breaking ground, at least in a sense. According to Musk, the newest addition to Starbase’s Starship factory will be about 10% taller (~90m vs 81m), substantially wider, and likely a bit deeper than the existing high bay, allowing for the installation of two side-by-side bridge cranes with tracks running the full width of the building.

With at least 2-3 times more surface area than the high bay, the new wide bay should give SpaceX enough space to simultaneously assemble something like 4-8 Starships or Super Heavy boosters. Depending on which direction SpaceX goes, the wide bay could also potentially be large enough for SpaceX to create the first true Starship and Super Heavy assembly lines, though that would be a substantial departure from Starbase’s existing approach to manufacturing.