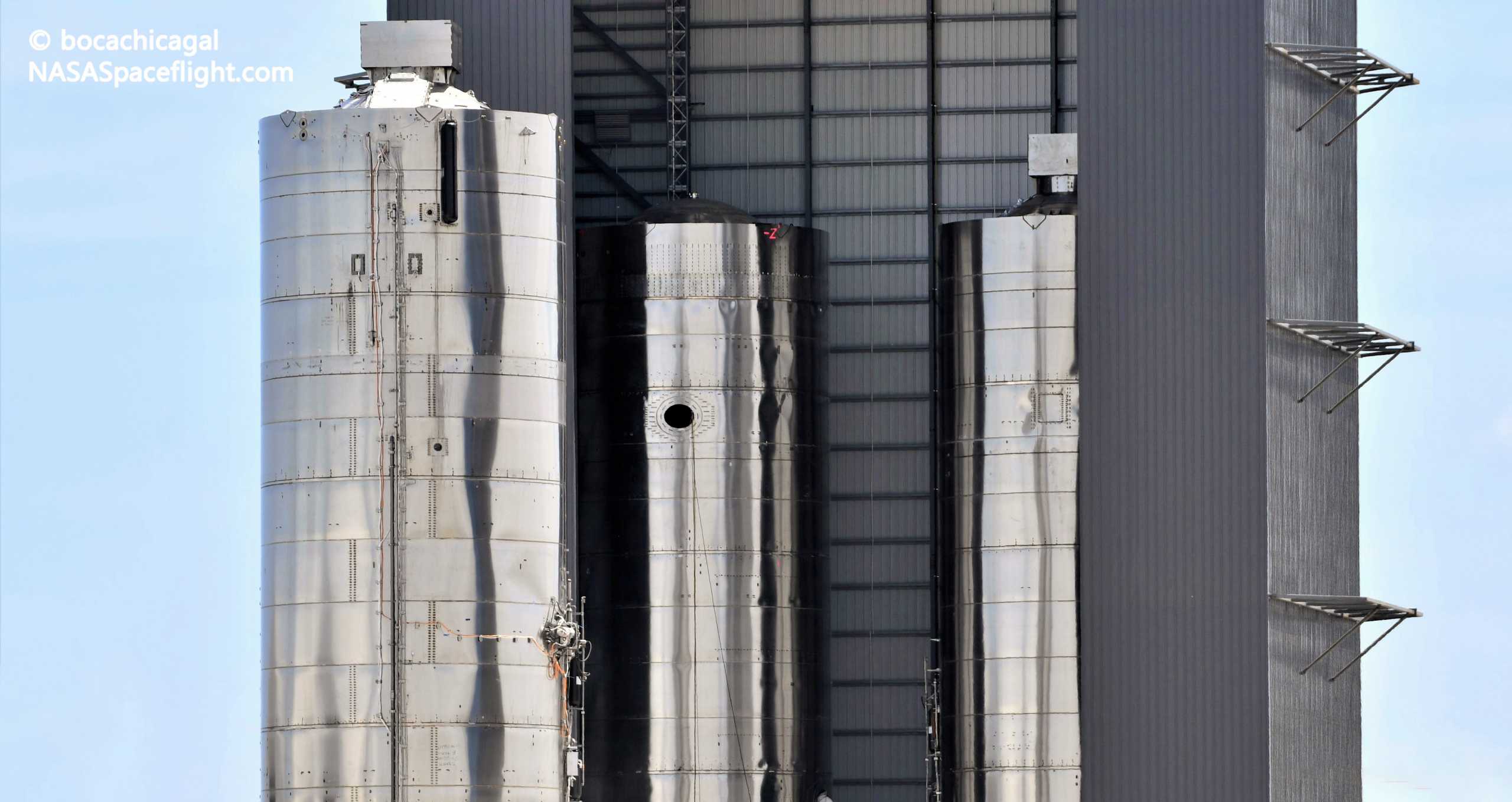 After a relatively relaxed period of production and testing, SpaceX’s South Texas Starship factory is practically overflowing with new and flight-proven ships as the company prepares for the rocket’s next major tests.

Even before the one-off Starship Mk1 prototype failed a pressure test late last year, SpaceX was in the process of upgrading its Boca Chica production facilities and refining the ship’s design and manufacturing processes. Starship SN1, the first prototype built as part of that upgrade, rolled to the launch pad on February 25th, 2020, followed by Starship SN2 (turned into a test tank) just a week or so later. Starship SN3 and SN4 would both follow in early and late April, ultimately ending with the latter prototype’s spectacularly violent demise in late May.

Over the remaining three or so months, the pace of testing has slowed a bit as SpaceX’s Starship development program enters the full-scale flight testing phase. Starship SN5 began testing on July 1st, followed by SN6 around six weeks later. Both prototypes successfully hopped just 30 days apart. Now, although SpaceX still plans to hop SN5 a second time and may hop SN6 twice, too, the Starship program’s focus has shifted to high-altitude, high-velocity flight tests and the adoption of a new steel alloy.

Presumably in anticipation of a learning curve as that new steel alloy begins to be tested at full-scale for the first times, SpaceX is churning out Starship prototypes at an unprecedented pace. Intriguingly, that production ramp is hinged upon the assumption that a 304L-class steel alloy (compared to the 301 stainless steel used to build SN1 through SN6) will be as good or better than 301 steel in every significant way.

Currently, that assumption isn’t entirely baseless but is still built upon the success of Starship SN7, SpaceX’s first 304L test tank. SpaceX never confirmed its results but it’s believed that that test tank – more of a material demonstrator than an actual structural Starship prototype – surpassed all previous pressure records before it burst in June.

Given that SN7 performed quite well, it’s at least a bit less surprising that SpaceX is hinging months of work and at least four full-scale Starship prototypes on an otherwise unproven steel alloy. The next big test for 304L Starships will be a second test tank known as SN7.1. Rolled to the test site on September 7th, essentially as soon as Starship SN6 was safed and returned to the factory after its hop debut, SN7.1 is significantly more complex than its sibling and will test a ~304L Raptor mount (thrust puck) and skirt section. The forces and general conditions those new parts will be subjected to are substantially different than most of what SN7 was subjected to, meaning that there is a chance that 304L steel is less optimal in different scenarios.

With any luck, SN7.1’s test campaign – scheduled to begin as early as 9pm CDT (UTC-5), September 10th (today) – will be a flawless success, proving that SpaceX’s new steel alloy is universally superior to 301 for Starship-related applications. If that’s the case, Starship SN8 – the first full new-alloy prototype – will likely be fully outfitted with a nosecone and header tanks before beginning acceptance testing.

Eventually, if SN7.1 aces its tests and SN8 performs well during preflight preparations, Starship SN8 could become the first prototype to launch with a full nose, header tanks, and flaps, as well as the first to fly with three Raptor engines. If Starship SN8 fails for any reason or is damaged during testing, though, it appears that SpaceX will have no shortage of ships built out of the same new steel alloy to choose from.

In just the last ten days, labeled parts and rings for Starships SN9, SN10, and SN11 have all been spotted, implying that SpaceX is concurrently building at least four new Starships. Notably, both Starships SN9 and SN11 already appear to have some of the studs needed for heat shield tile installation affixed to sections of their steel hulls. Based on the sheer number of steel ring stacks spotted over the last week, it’s also safe to assume that SN9’s tank section (and possibly SN10’s, too) is largely prefabricated.

Assuming two of the in-work nosecones are ultimately meant for flight, SpaceX may already have enough hardware on hand to fully assemble two Starships (presumably SN8 and SN9) – including nosecones, header tanks, nose rings, and flaps. It’s safe to say that if SN7.1 achieves its goals, preparations for the first triple Raptor hop, 20 km (~12 mi) test flight, and skydiver-style landing attempt could come together incredibly quickly.