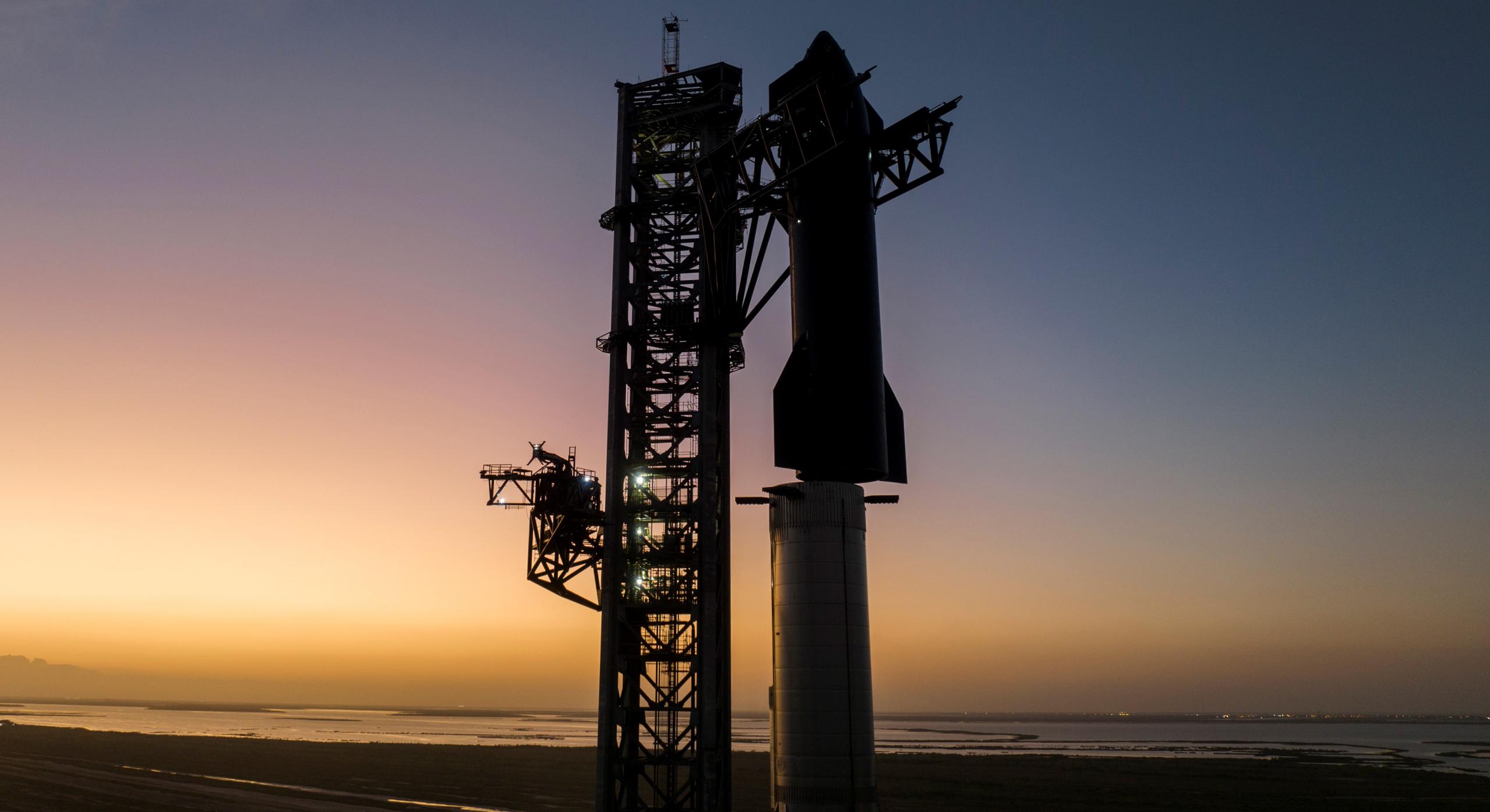 For the first time in more than six months, SpaceX has stacked both stages of its next-generation Starship rocket, creating the largest and most powerful launch vehicle ever fully assembled.

It’s not the first time. SpaceX has conducted three other ‘full-stack’ Starship demonstrations: once in August 2021 and again in February and March 2022. But earlier this year, SpaceX (or at least CEO Elon Musk) decided to give up on the Starship upper stage and Super Heavy booster prototypes that had supported all three of those prior tests and, at one point, been considered a candidate for the rocket’s first orbital launch attempt. Booster 4 and Ship 20 were consigned to a retirement yard by June 2022.

By then, SpaceX had already begun testing the new favorites for Starship’s orbital launch debut: Super Heavy Booster 7 (B7) and Starship 24 (S24). Almost exactly six months after the start of that busy period of testing, both prototypes recently reached the point where SpaceX was confident enough in their progress to combine the two for the most challenging phase of Starship testing yet.

After an aborted predawn attempt on October 11th, SpaceX technicians worked out some mystery kinks in crucial infrastructure located at Starship’s first (nearly) finished orbital launch pad in Boca Chica, Texas. As part of a cart-before-horse gamble made by CEO Elon Musk that has seen SpaceX entirely remove legs from all recent Starship and Super Heavy prototypes in the hope that it will one day be able to catch the building-sized rocket stages out of mid-air, the company has built a launch tower ~145 meters (~475 ft) tall and outfitted it with three giant robotic arms. Two of those arms are identical and linked together, forming a sort of claw that could one day close around hovering rockets to preclude the need for landing legs. A simpler third arm swings in and out to connect Starship’s upper stage to the launch pad’s power, propellant, and gas supplies.

The ‘chopsticks,’ as they’re known, have another even more important purpose: assembling Starship rockets at the launch pad. Thanks to their sturdy connection to a tower with a foundation sunk deep into the Boca Chica wetlands and a design that forgoes a hanging hook or jig for giant arms, they are far less sensitive to winds than the immense crane otherwise required to stack Starship on top of Super Heavy. Sitting a stone’s throw from the Gulf of Mexico, storms and high winds are not exactly uncommon.

Around sunset on October 11th, SpaceX had better luck on its third attempt and was able to move the arms into place under Ship 24. Weighing 100 tons or more (~220,000+ lb) and measuring nine meters (~30 ft) wide and ~50 meters (~165 ft) tall, the Starship was then slowly lifted about 80 meters (~250 ft) off the ground, translated over to Booster 7, and lowered on top of the 69-meter-tall (~225 ft) first stage. After about two more hours of robotically tweaking their positions, the two Starship stages were finally secured together. With the arms still attached to Ship 24, SpaceX workers were able to approach the rocket and prepare to connect the swing arm’s quick-disconnect umbilical to Starship.

Since they began qualification testing in April and May 2022, Booster 7 and Ship 24 have each completed several cryogenic proof tests, eight ‘spin-primes’ of some or all of their Raptor engines, and several static fires of those same engines. Most recently, Ship 24 ignited all six of its Raptors, but the seemingly successful September 8th test was followed by more than a month of apparent repairs. Booster 7 last completed a static fire that ignited a record seven of its 33 Raptor engines – offering an idea of how much further SpaceX still has to go to finish testing the Super Heavy.

According to CEO Elon Musk, Booster 7 and Ship 24 will attempt Starship’s first full-stack wet dress rehearsal (WDR) once all is in order. The prototypes will be simultaneously loaded with around 5000 tons (~11M lb) of liquid oxygen and methane propellant and then run through a launch countdown. Diverging just before ignition and liftoff, a WDR is meant to be more or less identical to a launch attempt.

If the wet dress rehearsal goes to plan, SpaceX will then attempt to simultaneously ignite all 33 of the Raptor engines installed on Super Heavy B7, almost certainly making it the most powerful liquid rocket ever tested. Even if all 33 engines never reach more than 60% of their maximum thrust of 230 tons (~510,000 lbf), they will likely break the Soviet N-1 rocket’s record of 4500 tons of thrust (~10M lbf) at sea level. It would also be the most rocket engines ever simultaneously ignited on one vehicle. SpaceX will be pushing the envelope by several measures, and success is far from guaranteed.

It’s unclear if SpaceX will immediately attempt a full wet dress rehearsal or 33-engine static fire. Based on the history of Ship 24 and Booster 7 testing, it would be a departure from the norm if the company doesn’t slowly build up to both major milestones with smaller tests in the interim. At minimum, assuming WDR testing is completed without major issue, SpaceX will likely attempt at least one or more interim static fires with fewer than 33 engines before attempting the first full test.

If both milestones (a full WDR and 33-engine static fire) are completed without significant issue, there’s a chance that SpaceX could move directly into preparations for Starship’s first orbital launch attempt without unstacking the rocket. In the likelier scenario that some issues arise and some repairs are required, the path will be more circuitous but should still end in an orbital launch attempt late this year or early next.