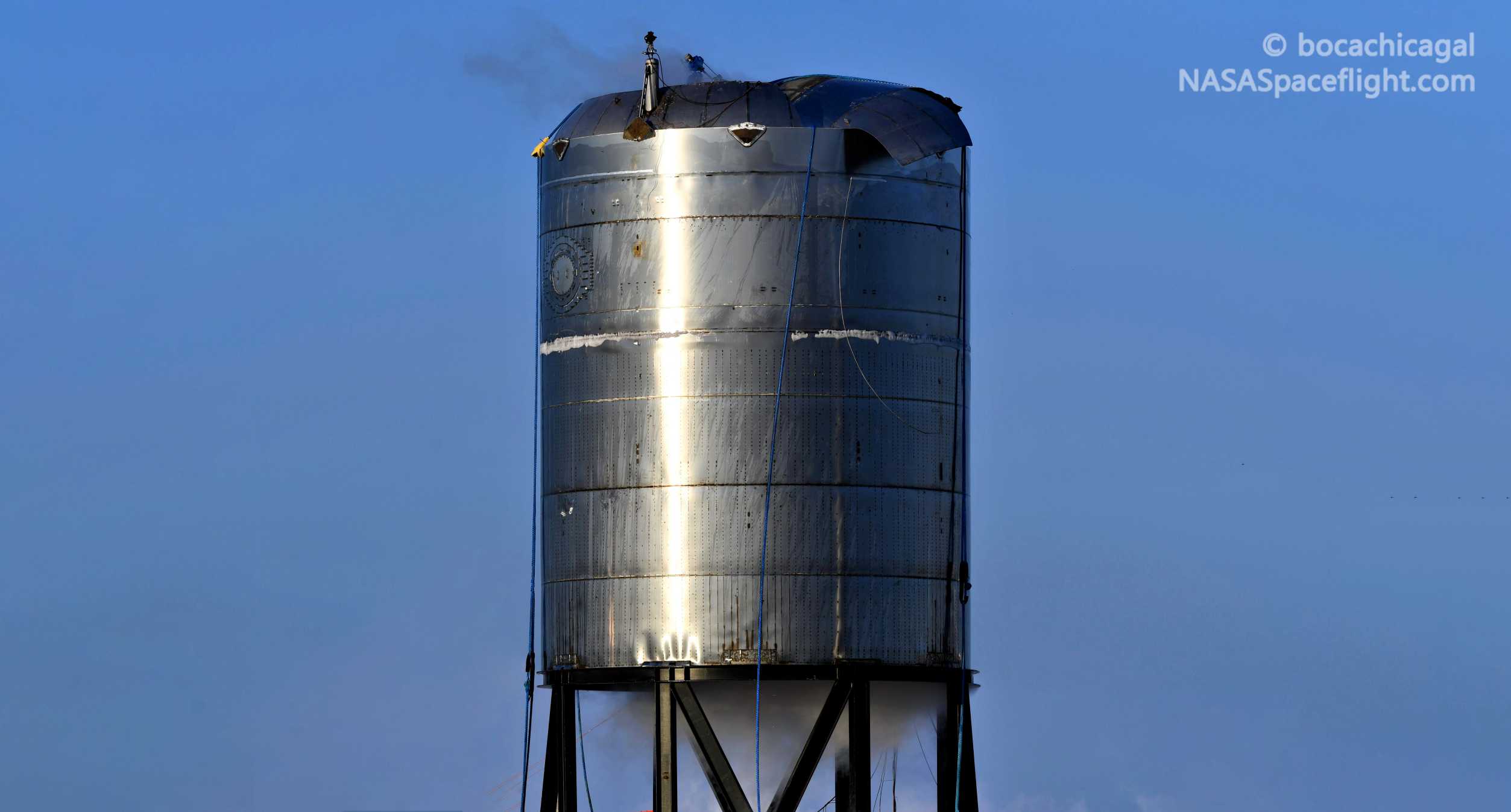 SpaceX has successfully destroyed a Starship ‘test tank’ for the fourth time, opening the door for the first high-altitude prototype to roll to the launch pad as soon as tomorrow.

The culmination of three nights and more than 20 hours of concerted effort, SpaceX was finally able to fill Starship test tank SN7.1 with several hundred tons of liquid nitrogen before dawn on September 23rd. With just an hour left in the day’s test window, SpaceX closed the tank’s vents, allowing its cryogenic contents to boil into gas and expand with no outlet. At 4:57 am CDT, SN7.1 burst, bringing its lengthy test campaign to a decisive end.

Update: All road closures planned for Starship SN8’s roll to the launch pad (Sept 24) and first test campaign (Sept 27-29) have been canceled. Stay tuned for updates on the high-altitude prototype’s test schedule.

Short of new information from SpaceX or CEO Elon Musk, little is known about the results of SN7.1’s lengthy test campaign, but the fact that it survived two nights of nondestructive testing – including the use of hydraulic rams to simulate Raptor thrust – effectively clears Starship SN8 for suborbital testing. Based on a speculative, amateur analysis of the aftermath of SN7.1’s burst test, it can also be tentatively concluded that the tank failed almost exactly where one would expect it to: the in-situ weld attaching the upper tank dome to SN7.1’s steel ring hull.

SN7.1’s forward dome appears to have cleanly sheared off around much of its circumferential weld joint – exactly what one would theoretically expect from a good, uniform weld. Assuming that SN7.1 reached pressures well above 8.5 bar (~125 psi) before it burst, the tank’s final test can likely be deemed a success.

The very same day SpaceX kicked off what would become Starship SN7.1’s last burst test attempt, teams worked to install functional flaps on a full-scale Starship prototype (SN8) for the first time ever. Effectively answering the question of whether SpaceX would fully outfit the ship with a nosecone and flaps before its first acceptance tests, SN7.1’s successful pop was followed by road closure notices for SN8’s transport to the launch pad around dawn on September 24th and cryptic “SN8 Testing” as early as September 27th.

As of September 23rd, SN8’s twin aft flaps – large aerodynamic control surfaces meant to stabilize free-falling Starships – have been fully installed alongside ‘aerocovers’ that will protect each flap’s control mechanisms. The only hardware Starship SN8 is missing is a ~20m (~60 ft) tall nosecone, two smaller forward flaps, and the plumbing needed to access a smaller liquid oxygen “header” tank located in the tip of said nose.

At the moment, SpaceX has installed one Starship nosecone prototype atop five unpressurized rings – creating a full nosecone stack. That particular prototype has no liquid oxygen header tank, however, meaning that SpaceX would likely need at least a day or two to weld one of the noses with a header tank atop one of several finished five-ring sections. In other words, to transport SN8 to the pad tomorrow, there’s almost no chance that SpaceX will have time to finish and install a proper nosecone on the prototype, meaning that the company has chosen to test the Starship before that milestone.

Doing so should reduce any inconvenience caused by vehicle failure in the event that Starship SN8’s acceptance test campaign doesn’t go as planned. In hindsight, the inclusion of Starship SN8’s aft flaps and aerocovers during the ship’s first major tests was likely a necessity, given that almost half of each flap and its support structure is installed directly to the skin of its liquid oxygen tank. Theoretically, when chilled to the temperature of liquid nitrogen or oxygen, the diameter of the stainless steel rings Starship SN8 is built out of could shrink by as much as 0.3% (~20 mm or ~0.8 in).

Only half of Starship SN8’s aft flaps will be directly subject to that tank contraction, resulting in a relatively complex environment for such a large, high-stress mechanical system. As such, testing flap actuation under cryogenic loads is likely a critical part of SN8’s cryogenic proof test, otherwise meant to demonstrate the structural integrity and functionality of Starship’s propellant tanks. If SN8 rolls to SpaceX’s launch facilities on schedule, the Starship’s first cryogenic proof test could begin as early as 9pm CDT (UTC-5) on Sunday, September 27th.