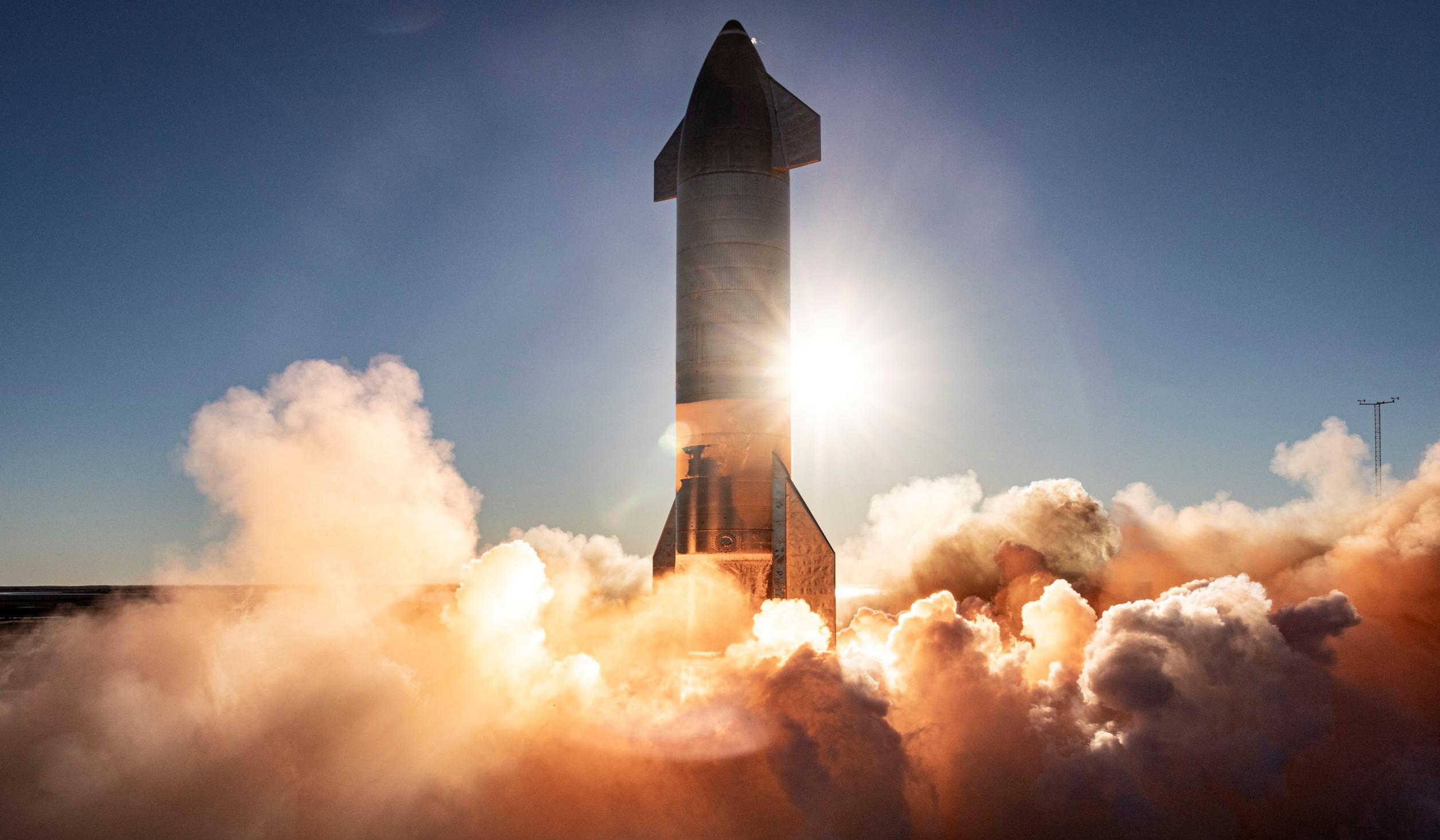 Starship SN8 is pictured here shortly before liftoff in December 2020. Largely identical, Starship SN11 is working towards its own flight test as early as this week. (SpaceX)

Around 12:26 pm CDT, after an otherwise nominal static fire flow, Starship SN11 momentarily ignited one or two of its three Raptor engines’ preburners, referring to a central component that burns cryogenic liquid propellant into gas that’s ready for combustion. As with all preburner tests, intentional or otherwise, the end result looked a bit like a weak static fire and produced a small but visible amount of flame and thrust. Unlike intentional preburner tests, the static fire abort seemingly ignited something hidden inside Starship SN11’s and appeared to burn for at least another 30-40 seconds.

Raptor has proven itself to be an extremely durable engine, up to and including surviving visible onboard fires during actual Starship flight tests. Nevertheless, depending on the source of SN11’s post-abort fire and what it may or may not have burned or damaged, it’s no surprise that SpaceX ended testing for the day instead of quickly trying again, which it’s done several times prior. If the fire was largely harmless, SpaceX has already distributed notices suggesting a second attempt could happen as early as 6am to 12pm CDT (UTC-5) on Tuesday, March 16th. If more time is needed, SpaceX has the rest of the week to conduct any necessary repairs or swap out SN11’s Raptor engines.

Public documents show that SpaceX has plans to static fire and launch its latest Starship prototype within a two-day period that could begin later today.

Despite the seemingly successful ‘cryo proof,’ something prevented a subsequent static fire test planned on March 12th before any attempt could be made, delaying the next attempt until after the approaching weekend. An agreement between SpaceX, Cameron County, and the state of Texas currently prevents road closures (and thus rocket testing) on weekends falling between Labor Day and Memorial Day, rules meant to preserve some level of public access to Boca Chica Beach.

As a result, unless SpaceX is already ready to launch (it has waivers for three such weekend closures for launch attempts), the company has to wait until Monday even if a minor issue fixable in hours or a day or so scrubs Friday test plans. While inconvenient, it’s worth noting that the existence of that public beach and the strong regulations that protect its public domain is likely one of the only reasons the general public can still get as close as they can to SpaceX’s Boca Chica ‘Starbase’.

For whatever reason, that road closure agreement does still mean that SpaceX will (in theory) be able to test and launch any day of the week from May 31st to September 6th, save for a few holidays, effectively boosting the number of opportunities by 40% for those 14 weeks. Until then, SpaceX is doing everything it can to take full advantage of the five days a week it is allowed to test Starship prototypes. N

Road closure requests, a safety warning for residents, and a Temporary Flight Restriction (TFR) filed with the FAA all suggest that SpaceX’s current plan is to attempt Starship SN11’s first triple-Raptor static fire between 6am and 12pm CDT on Monday, March 15th. If that test goes almost perfectly, SpaceX wants to turn the rocket around for a 10 km (6.2 mi) launch attempt on Tuesday, March 16th – the very next day. Given the past performance of high-altitude Starship prototypes, that target is decidedly ambitious and likely to incur delays, but it still reveals the true scope of SpaceX’s goals even at this early stage of development.

If Starship SN11 does manage to launch within a few days of its first static fire attempt, SpaceX would still crush SN10’s 33-day record by a factor of three. Stay tuned for updates on Monday’s possible Starship static fire and rapid Tuesday turnaround attempt