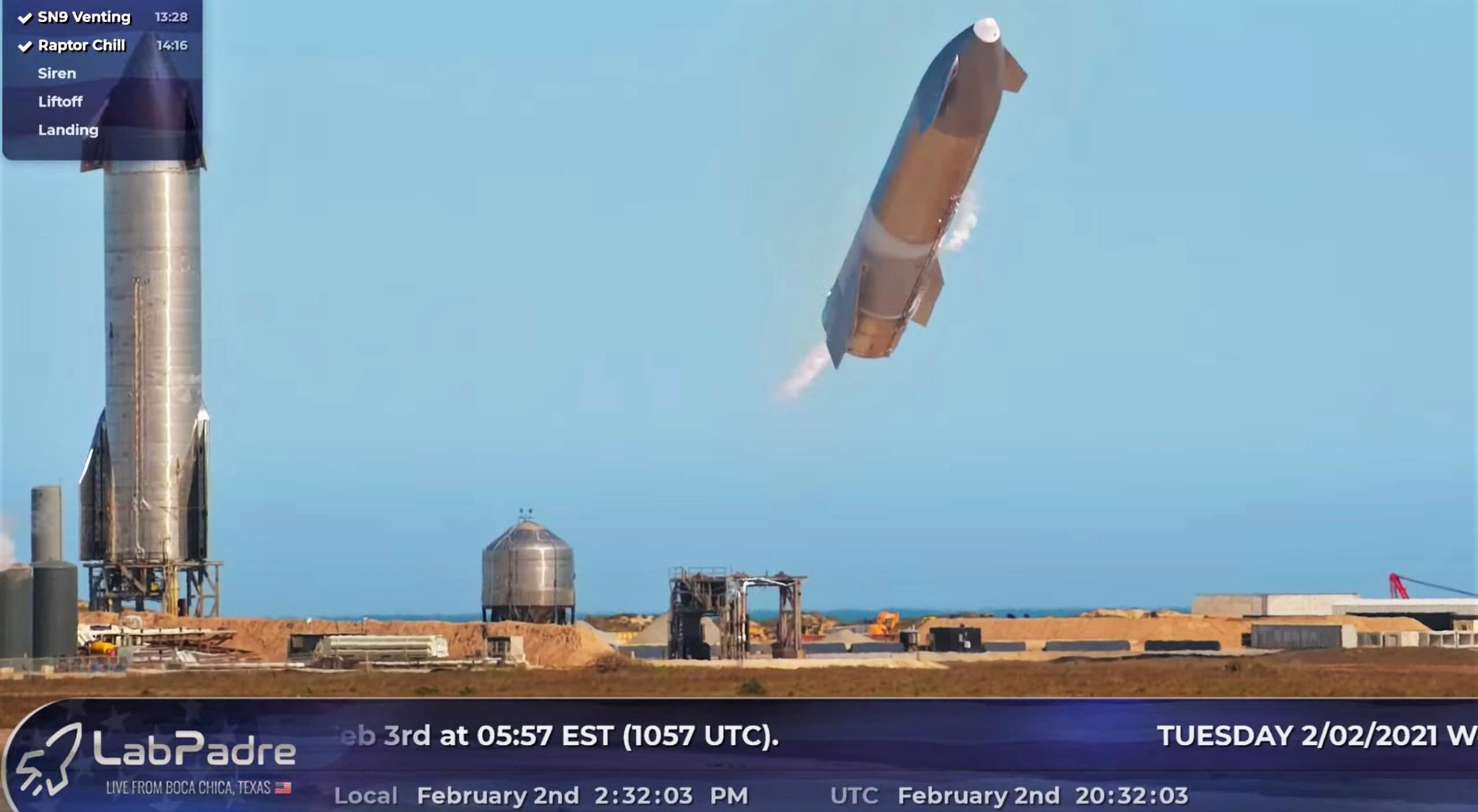 SpaceX Starship prototype serial number 9 (SN9) has suffered a fate almost identical to its successor, SN8, acing an almost six-and-a-half-minute launch, ascent, and descent before losing thrust, hitting the ground too hard, and exploding at the last second.

Ending more than a week of delays and a significant FAA licensing issue, Starship SN9’s test flight has kicked off what is likely to be an unprecedented year of tests for SpaceX’s next-generation Mars rocket. As SpaceX webcast host and engineer John Insprucker noted during the company’s live coverage, the primary purpose of SN9 was to gather as much data as possible throughout the subsonic flight regime Starships will need to be comfortable in to reliably perform unorthodox ‘skydiver’-style landings.

Also known informally as a belly-flop or free-fall maneuver, SpaceX has designed Starship to fall the final 10-20 km belly-first, using four large flaps to control its orientation, attitude, and vector. By falling like a skydiver, Starships can theoretically extract most of the benefit of a winged spaceplane (using the Earth’s own atmosphere as a sort of brake) without the extreme sacrifices required to actually include a structural aerodynamic wing in the design.

To complete that maneuver, Starship has to perform an unprecedented ~120-degree flip seconds before impacting the ground, pivoting from a belly-down to tail-down landing configuration under the power of two Raptor engines. Much like SN8, which suffered two last-second Raptor engine flameouts when a fuel tank couldn’t maintain the correct pressure, Starship SN9’s demise came just seconds before a planned landing.

Around six minutes and twenty seconds after liftoff (T+6:20), Starship SN9 – falling belly-down towards the ground – attempted to ignite two of its three Raptors to flip around and slow down for a soft landing. Unfortunately, while the first Raptor ignited without issue, the second engine wasn’t so lucky and visibly failed to start up. With just half the thrust needed available to the rocket, Starship SN9 was unable to properly flip or slow down and impacted the ground almost belly-first at significant speed, breaching its propellant tanks and causing a substantial explosion.