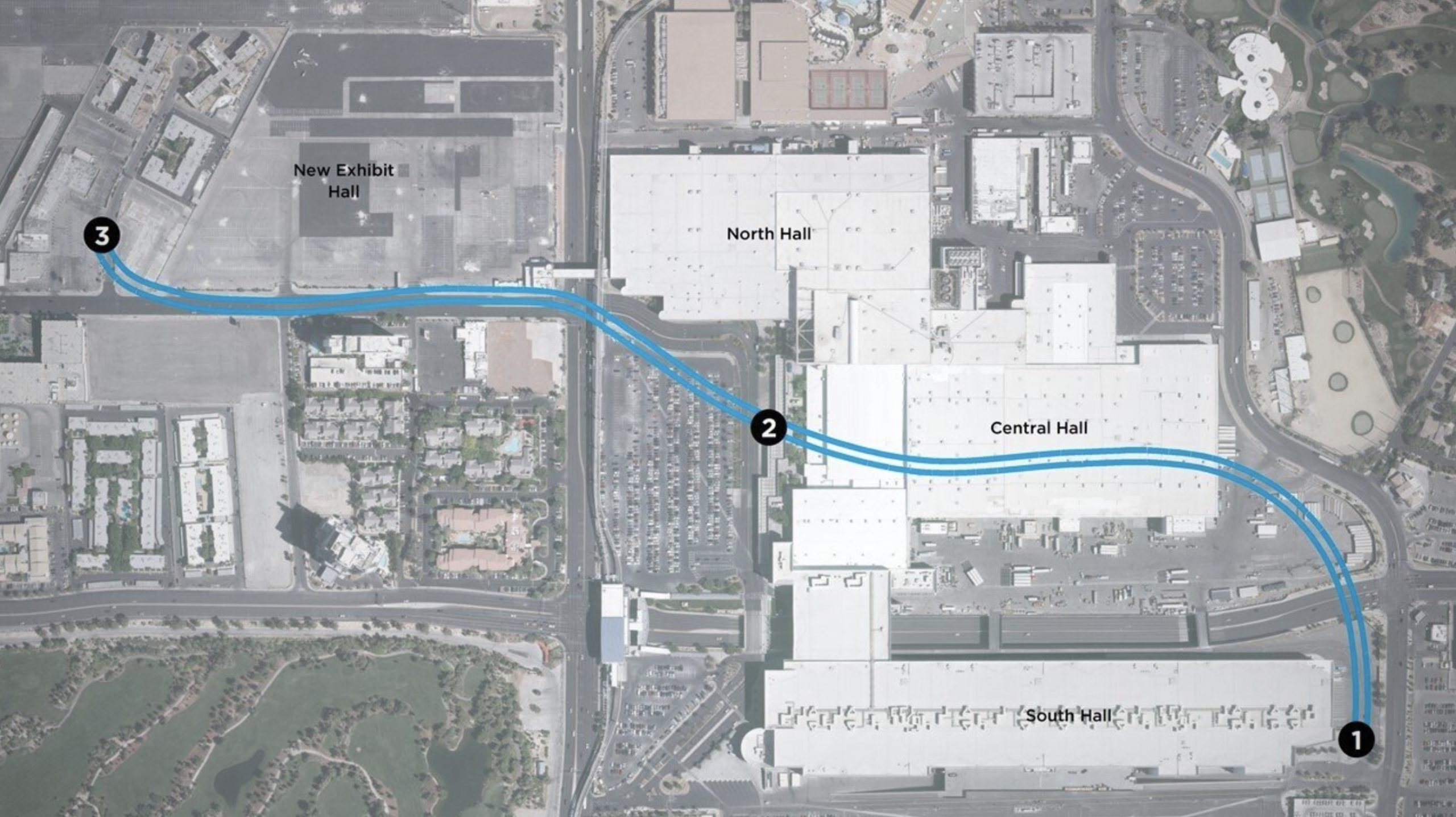 The Clark County Board of Commissioners recently approved a license and maintenance agreement that allowed The Boring Company (TBC) to use a portion of the right-of-way in Las Vegas Boulevard. It also allowed TBC to construct, maintain, and operate a point-to-point underground tunnel transit system between the Las Vegas Convention Center and Resorts World.

On Tuesday, the Board unanimously approved the license and maintenance agreement, reported the Las Vegas Review-Journal. According to director of comprehensive planning Nancy Amundsen, The Boring Company also submitted excavation and construction permits for the LVCC Loop extension between the convention center’s new West Hall and Resorts World. The LVCC Loop has already started ramping vehicle tests in one of its stations.

The Resorts World stations will be part of The Boring Company’s Vegas Loop. Last month, the Las Vegas Convention and Visitors Authority (LVCVA) board gave TBC permission to dig more tunnels to connect the connection center with the Encore Resort campus via the Vegas Loop. LVCVA gave Boring Company the permission to extend and create more connections in Sin City’s Resort Corridor, too.

The LVCVA board also agreed to pay The Boring Company up to $6.5 million to operate and manage the LVCC Loop. The tunneling company will not charge fares for rides in the transport tunnel system as part of its agreement with the board. TBC will fully fund the operation and management of the Vegas Loop.