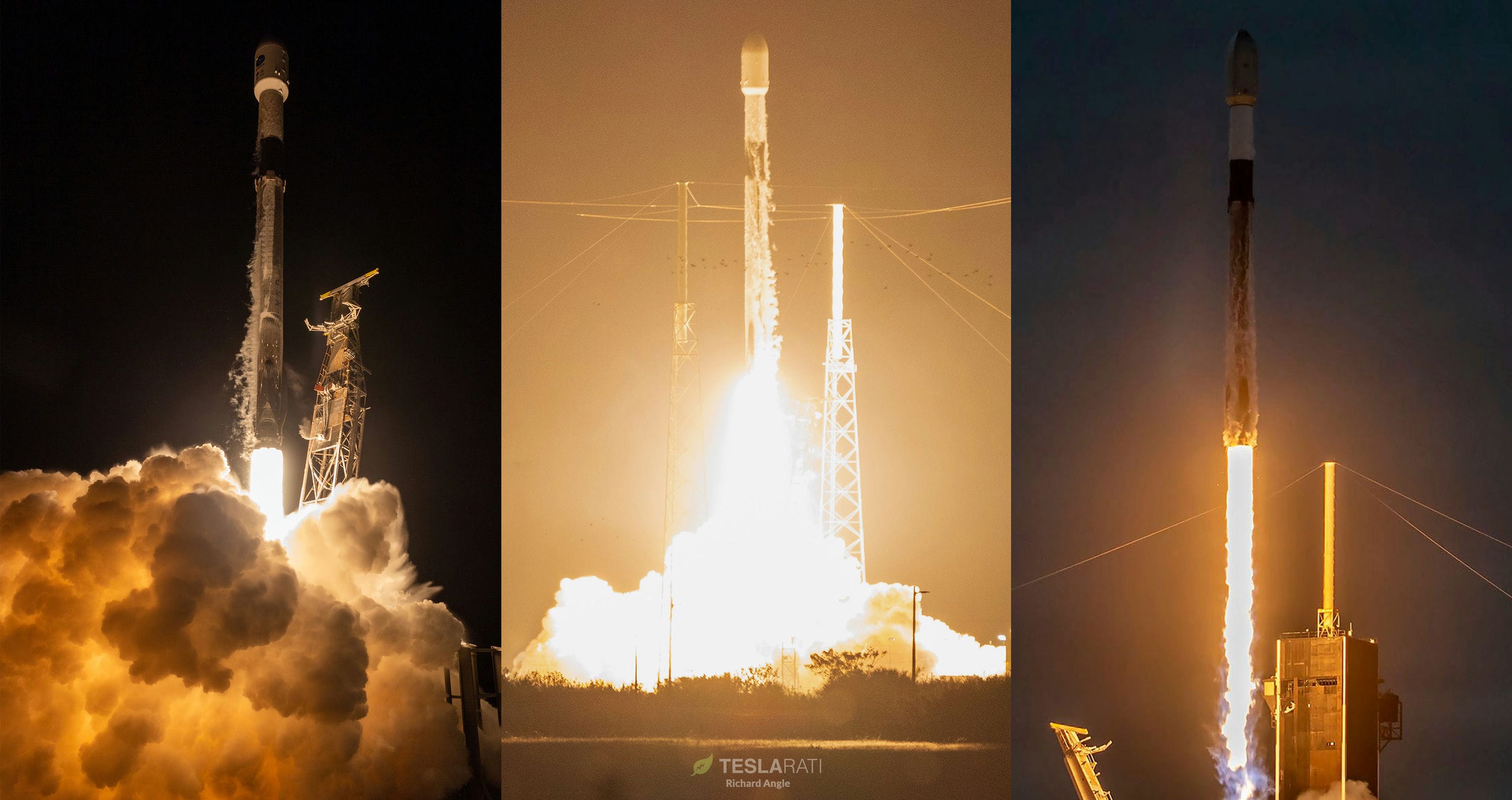 The period was almost even more intense, with two launches briefly scheduled minutes apart and all three set to launch in the space of 10-11 hours. But the more conservative sequencing SpaceX ultimately settled on still produced impressive results and allowed the company to break its own world record for the fastest time to complete three launches of the same rocket. In June 2022, SpaceX managed three similar launches – a Starlink mission, a scientific Earth observation satellite, and a commercial communications satellite – in 36 hours and 18 minutes.

Six months later, SpaceX has shaved more than two hours off of its own feat with the successful launches of another Earth observation satellite, a pair of commercial communications satellites, and 54 Starlink satellites in 33 hours and 46 minutes.

SpaceX’s latest hat trick began on December 16th with a Falcon 9 launch of the joint US-French Surface Water and Ocean Topography (SWOT) mission out of Vandenberg Space Force Base (VSFB), California. Delayed from December 12th and 15th, the launch was nonetheless a perfect success, placing the 2.2-ton (~4850 lb) radar satellite into a low Earth orbit that will allow it to precisely analyze virtually every inch of exposed water on Earth. That unprecedented capability should make it easier for scientists to study and understand Earth’s water cycle, as well as humanity’s substantial impact on those processes.

SpaceX is on contract to launch all 11 initial mPOWER satellites. The next nine satellites will head to orbit sometime in 2023 and 2024 as Boeing completes them.

Finally, less than a day later after O3b mPOWER 1&2, a third Falcon 9 rocket lifted off from SpaceX’s NASA Kennedy Space Center LC-39A pad (just a few miles north of LC-40) with what could be the last full batch of “Group 4” Starlink V1.5 satellites. SpaceX’s first-generation Starlink constellation is comprised of five groups of satellites operating in distinct orbital ‘shells,’ and the company’s December 18th launch of Starlink 4-37 will leave SpaceX just 14 satellites away from fully finishing the second of two shells of 1584 satellites. All told, Starlink 4-37 was SpaceX’s 65th operational Starlink launch since November 2019 and the company likely has just ~20 launches to go to complete its first satellite constellation – already the largest in history by an order of magnitude.

All three launches were completed in less than a day and a half. Further emphasizing the breadth of SpaceX’s expertise, each Falcon 9 booster successfully landed after supporting their respective orbital launch, ensuring that those boosters will all be able to support more launches in the near future. In fact, Starlink 4-37 was the 15th mission for its Falcon 9 booster, B1058, breaking SpaceX’s internal reuse record and pushing the technology’s envelope. It remains to be seen if the company will push beyond 15 flights. In June 2022 interviews with Aviation Week, SpaceX executives stated that Falcon boosters would be retired after 15 flights – a big change from past indications that there was nothing preventing each booster from launching 100+ times with regular maintenance.

Starlink 4-37 was also SpaceX’s 59th successful orbital launch of 2022. In March, CEO Elon Musk raised an earlier annual target of 52 launches to 60 launches. At the time, 60 launches in one year was almost inconceivable. Set in 1980, the all-time record for a family of rockets (the Russian R-7) is 61 successful launches in one calendar year.

But against all odds, SpaceX has relentlessly executed week after week and sustained an average of one launch every six days for more than 12 months. Multiple sources currently indicate that SpaceX has two more Falcon 9 launches scheduled this year: another Starlink mission as early as December 28th and a mission carrying the Israeli EROS-C3 Earth imaging satellite on December 29th. SpaceX’s Falcon rocket family thus has a chance to tie the all-time record of 61 R-7 family launches, which was backed by the entire Soviet Union at the peak of its national launch cadence.