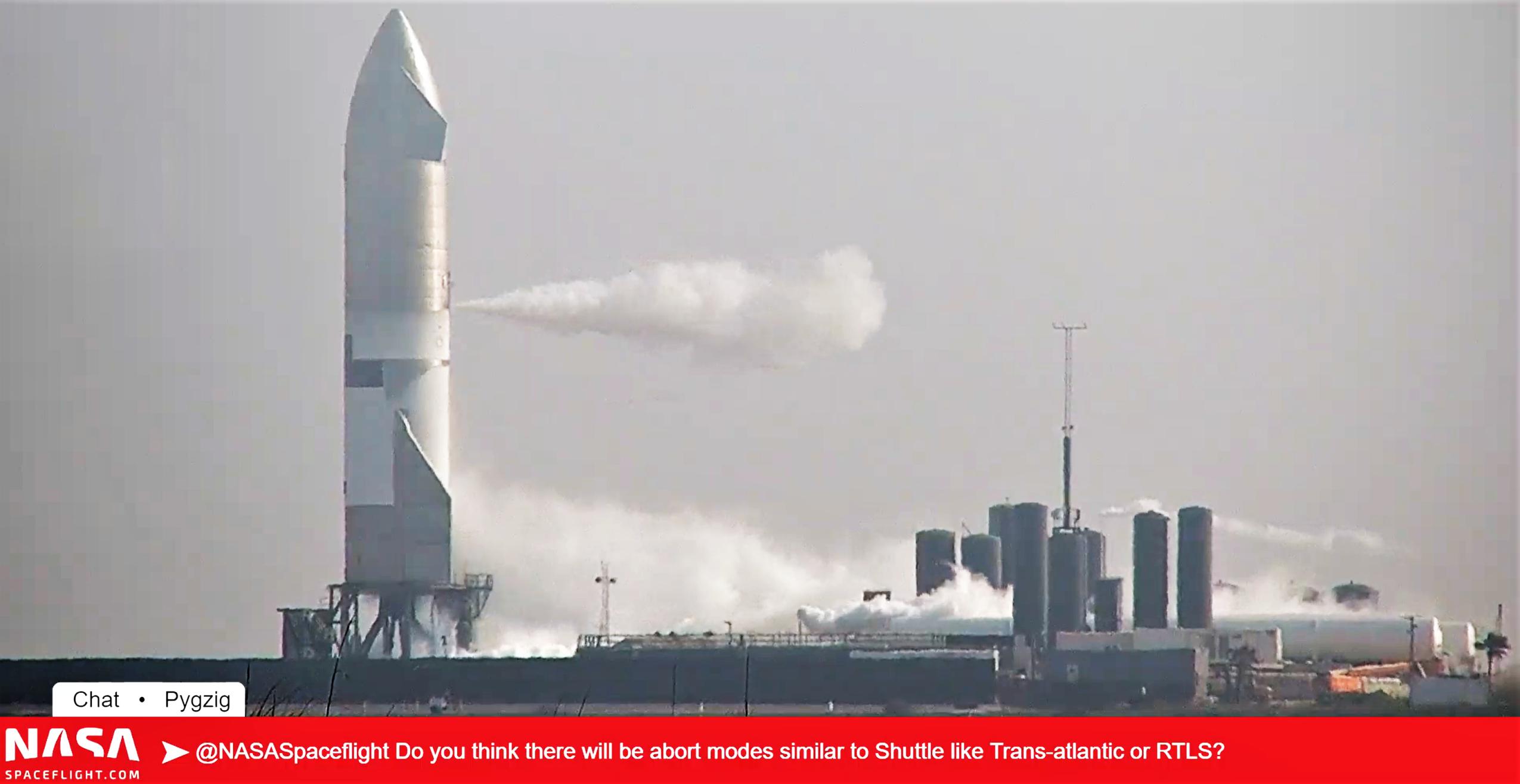 Starship SN15 appears to be well on its way to completing a cryogenic proof test, hopefully paving the way for a static fire later this week. (NASASpaceflight)

Update: SpaceX is well into Starship SN15’s first cryogenic proof test and is in the process of loading the upgraded steel rocket with hundreds of tons of supercool liquid nitrogen (LN2).

As a result, the 50m (165 ft) tall spacecraft and upper stage prototype has developed a coating of frost as its extremely cold cargo quite literally freezes the humid South Texas air onto its steel skin. Stay tuned for updates on the performance of Starship SN15 during its first ‘cryo proof’ and what that means for engine installation and its next big test – a triple-Raptor static fire.

SpaceX has cleared its suborbital South Texas launch pad of all personnel, clearing the way for the Starship serial number 15 (SN15) to kick off the first in a series of big tests.

Though Starship SN10 managed to land in one piece last month and both it and its three siblings successfully reached nominal 10-12.5 km (6-8 mi) apogees, averaged more than six minutes of controlled flight, and restarted at least one of three Raptor engines without issue, SN10 explodes minutes after touchdown and the other ships suffered various failures of their own 10-30 seconds before landing. At least one vehicle loss (Starship SN9) can be blamed on the failure of one of two Raptor engines to properly ignite.

Starship SN8 made it seconds away from an intact touchdown on the first try before an issue with its advanced pressurization system starved its Raptor engines of fuel. Starship SN10 landed hard – partially leading to its demise – because the quick-fix SpaceX implemented to deal with the pressurization issues SN8 surfaced caused Raptor engines to ingest helium, dramatically lowering their thrust and performance. CEO Elon Musk believes SN11’s even earlier demise was caused by a high-pressure methane leak on one Raptor engine that destroyed avionics and led to a hard-start and violent explosion during landing burn ignition.

While many – if not most – of Starship SN15’s myriad upgrades likely began before most of the SN8-SN11 failure modes were uncovered, it’s not unlikely that SpaceX was already aware of potential weak points and working to fix them. The company’s philosophy largely matches agile development popular in software industries – namely the development of a minimum viable product, followed by a cycle of iterative testing and refinement until a given product is reliably achieving all of its foundational goals.

Now, it’s up to Starship SN15 (as well as SN16, SN17, SN18, and possibly SN19) to carry the torch forward and demonstrate clear progress towards the goal of fielding a reliable, reusable, building-sized spacecraft and upper stage. To do that, SN15 must first act as a pathfinder for those upgrades, beginning with qualification tests on the ground.

The first of those – likely a cryogenic proof test with liquid nitrogen – is scheduled as early as today, sometime between now and 8pm CDT (UTC-5). Stay tuned for updates as Starship SN15 (hopefully) gets frosty for the first time.