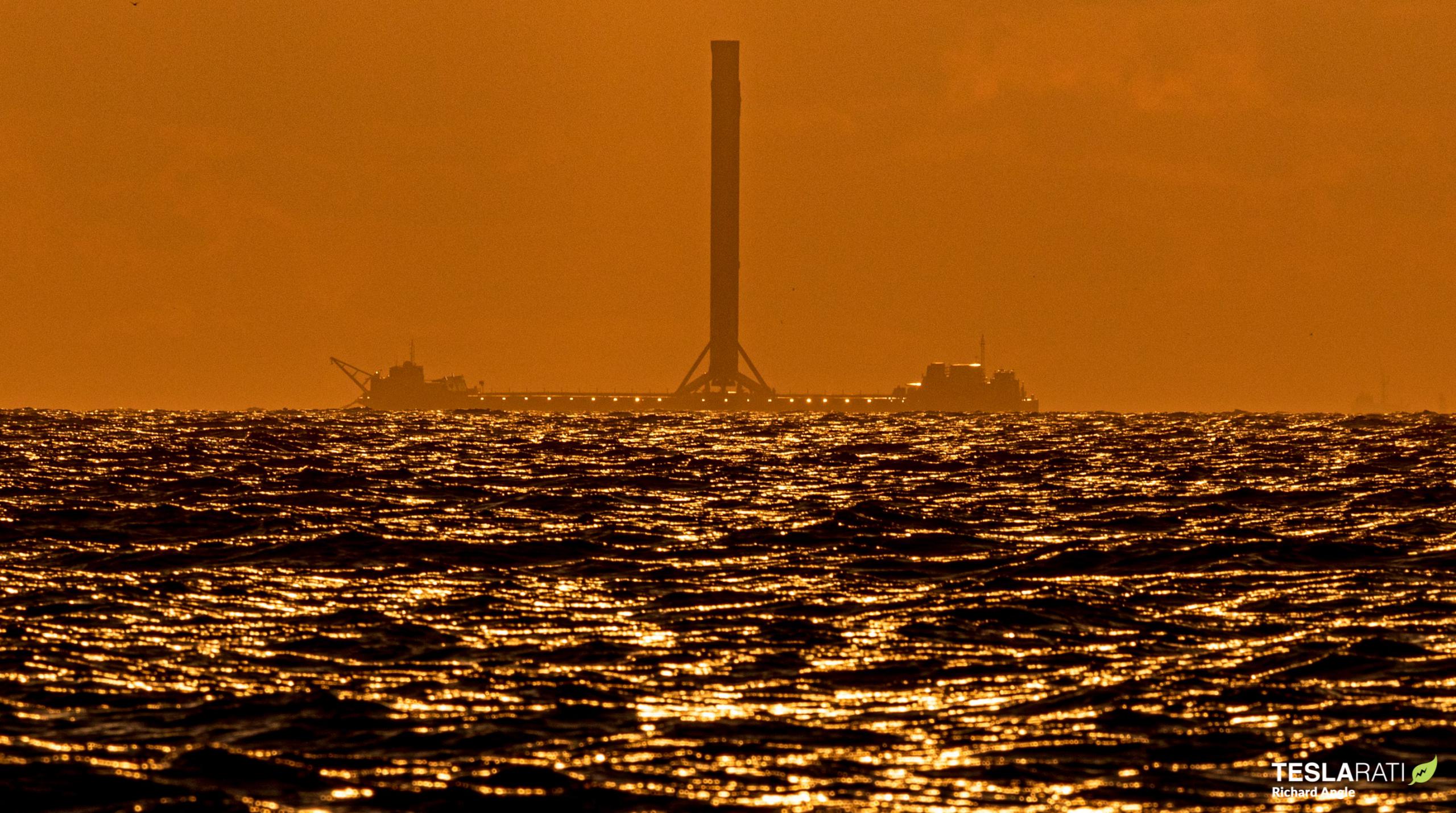 Drone ship OCISLY crests the Florida horizon on April 10th. The vessel is now set to transit the Panama Canal on a journey to California. (Richard Angle)

Ten days and one unexpected detour after SpaceX drone ship Of Course I Still Love You (OCISLY) departed Port Canaveral, Florida for what could be the last time ever, the ship has arrived at the Panama Canal.

The five thousand mile (~8000 km) journey began almost exactly on June 10th and saw drone ship OCISLY towed to the Bahamas – an unanticipated development. Unlike drone ship sibling Just Read The Instructions (JRTI), which made the same journey in reverse about a year and a half ago, OCISLY was loaded onto the deck of large semi-submersible transport ship known as Mighty Servant 1 (MS1). Normally used to transporting entire ships and oil and gas equipment weighing tens of thousands of tons, a SpaceX drone ship – while still huge – is a featherweight load in comparison.

As a result, despite a several days spent waiting in the Bahamas, MS1 – carrying drone ship OCISLY – sped to the Panama Canal’s Atlantic harbor in just five days, nearly averaging its top speed with a load.

Following a midday June 20th arrival just outside of the canal’s protected harbor, MS1 and OCISLY have simply been waiting their turn – one in a queue of around 70 other large ships. It remains to be seen how long the SpaceX drone ship will have to wait before transiting the canal and beginning the last major leg of its journey to Port of Long Beach, California. Due to the massive dimensions of MS1’s drone ship ‘cargo,’ special permission was needed from the Panama Canal Authority to (slightly) surpass its normal size limits.

The exceptionally small margin of error for this particular transit – leaving just a few feet (~1m) between OCISLY and the canal walls – may require special attention and a longer journey than usual. In other words, SpaceX could have to wait days for a unique window or – as part of its one-time wide-load transit permit – its transit window may already have been scheduled within a day or two of arrival.

The latter scenario is more likely and could see Mighty Servant 1 reach the Pacific Ocean as early as Wednesday or Thursday. Last-second transit slots are still available on Friday, June 25th as of Monday, indicating that the Panama Canal isn’t particularly congested at the moment.

Once MS1 and OCISLY complete their transit and reach the Pacific, the pair will have approximately 3300 miles (~5300 km) to go to reach Port of Long Beach, the drone ship’s new home. Assuming Mighty Servant 1 can manage a similarly impressive average speed on the last leg of its journey, the trip from Panama City to Los Angeles could take less than ten days, culminating in an arrival within the first several days of July. That would leave SpaceX several weeks to check out the drone ship after its long journey and prepare it for its first West Coast booster recovery.

For several months, SpaceX has been angling to return its quiet West Coast launch facilities to flight with a string of dedicated polar Starlink launches – the first of which could happen as early as July. While very little else is known about the status of that launch, OCISLY arriving in the first week of the month would all but guarantee that drone ship availability won’t be the cause of any hypothetical upcoming delays.