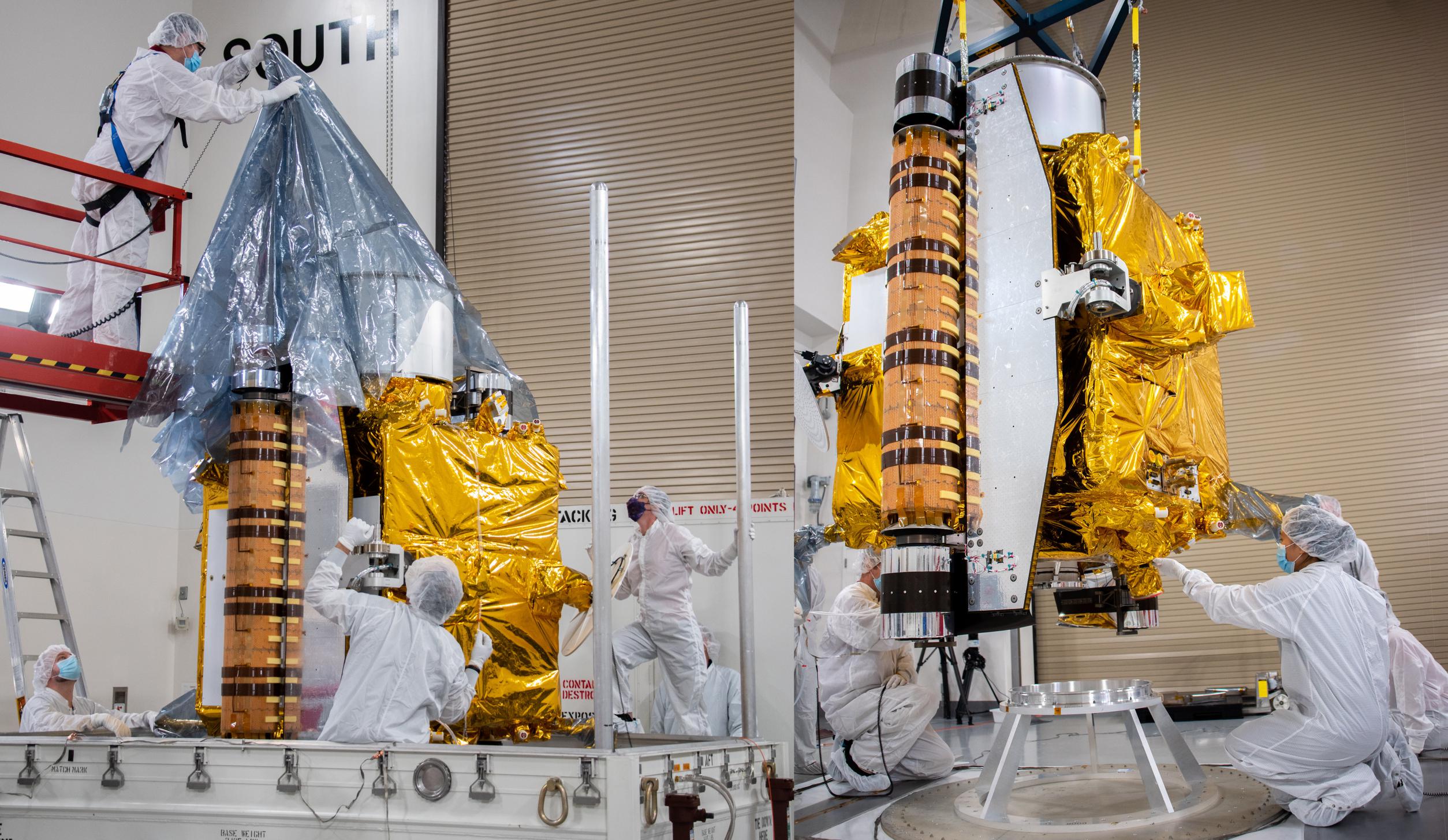 NASA says that the Double Asteroid Redirect Test (DART) spacecraft has arrived at SpaceX’s Vandenberg Space Force Base (VSFB) facilities for a launch later this month.

After being carefully packaged for shipment from Maryland’s Johns Hopkins University Applied Physics Lab (JHUAPL) on September 29th, the small 690 kg (~1500 lb) spacecraft was transported by road and arrived at third-party VSFB processing facilities on October 2nd. Once there, technicians unpacked DART, charged its batteries, and performed a wide range of final tests and checkouts to verify the nominal operation of all spacecraft systems after an almost three-thousand-mile journey.

On October 26th, the spacecraft was once again prepared for transport, this time traveling just a few miles from Asrtotech’s to SpaceX’s payload processing facilities (PPF). Colocated inside the company’s main Space Launch Complex 4 (SLC-4) hangar, where DART’s reused Falcon 9 rocket is also preparing for flight, the NASA spacecraft is now just a fraction of a mile away from where it will soon take flight.

At SpaceX’s PPF, DART will be fueled with toxic hydrazine propellant for its attitude control thrusters and (likely but unconfirmed) xenon propellant for its main ion thruster propulsion system Engineers and technicians will also perform final closeout work, removing protective covers, unlatching and priming mechanical systems, and generally preparing the spacecraft for launch.

Sans fairing and DART, twice-flown Falcon 9 booster B1063 and a new expendable upper stage will likely roll out to SLC-4E for the first time around November 16th to complete a prelaunch wet dress rehearsal and static fire test. Falcon 9 will then return to the hangar, where SpaceX will install its payload fairing with DART safely cocooned inside. Barring surprises, the fully integrated rocket will then roll out to the pad for the last time a few days prior to launch.

Despite the small payload and indications from public NASA and SpaceX data that Falcon 9 is more than capable of a return-to-launch-site landing after launching a spacecraft ~50% heavier than DART, Falcon 9 B1063 will reportedly land downrange on drone ship Of Course I Still Love You (OCISLY). Regardless, DART will be the first interplanetary NASA payload launched on a flight-proven commercial rocket and Falcon 9’s first interplanetary launch ever (excluding TESS and DSCOVR, which technically remain under the gravitational influence of the Earth-Moon system).