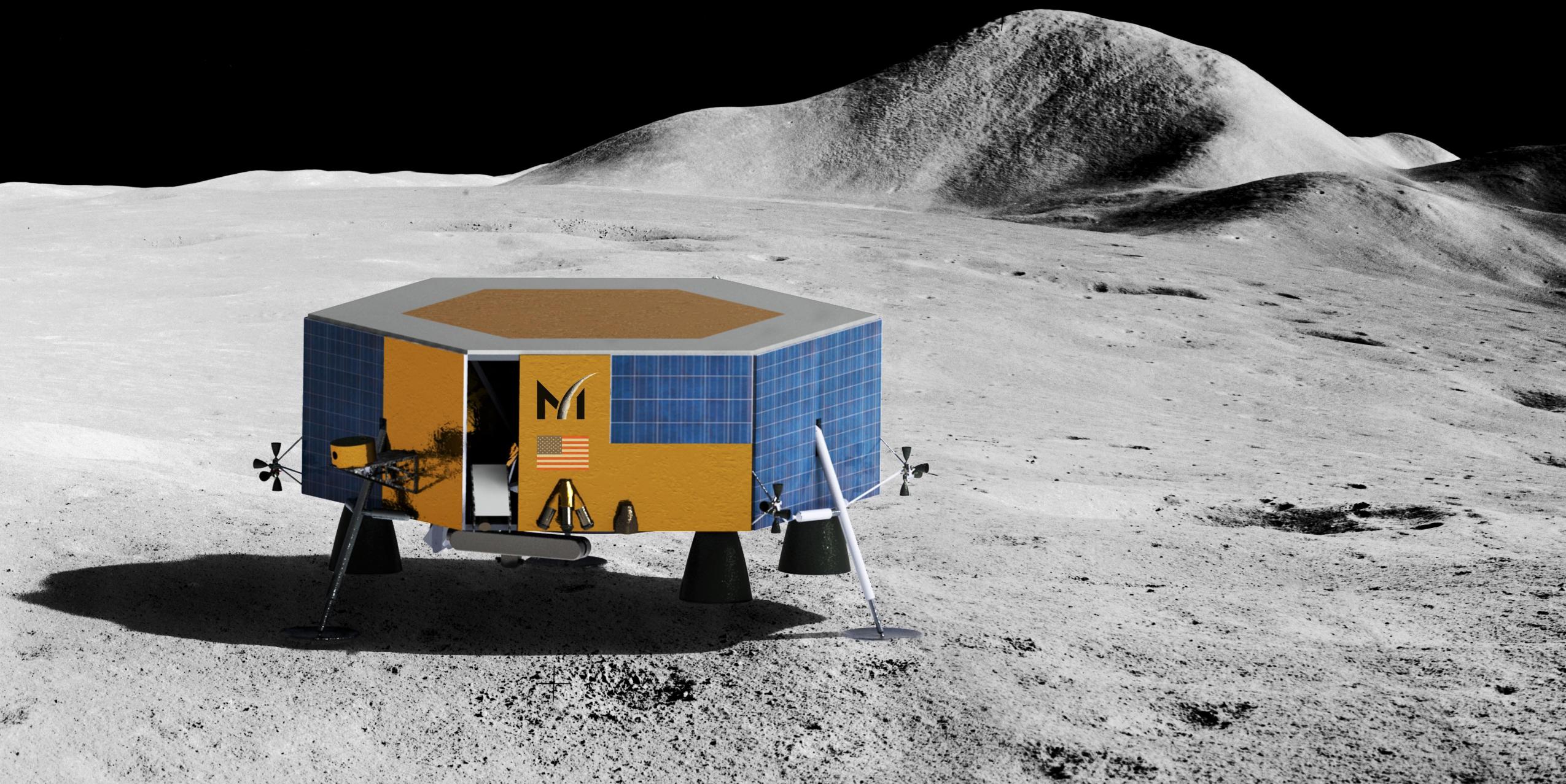 SpaceX continues to dominate the global commercial launch market in Earth orbit and beyond and has secured its fourth Moon lander launch contract.

Awarded by Masten Space Systems, SpaceX’s newest launch contract will see it send the first XL-1 Moon lander on its way to the lunar South Pole no earlier than (NET) 2022. The mission was funded by NASA under the agency’s new Commercial Lunar Payload Services (CLPS) initiative in April 2020, awarding Masten ~$76 million to design, build, launch, and land its XL-1 spacecraft on the Moon.

Masten has been developing XL-1 on and off with NASA for at least five years, resulting in a relatively mature design but very little hardware built. Already, based on the lone render released alongside NASA’s contract award, Masten has substantially changed the structural layout of XL-1, though it’s safe to assume that most of its critical systems remain the same.

As of now, SpaceX has already successfully launched Israel’s Beresheet commercial lunar lander in February 2019, although the spacecraft sadly failed just a few minutes before touchdown. In May 2019, NASA announced its first three CLPS Moon lander contracts, one of which (Orbit Beyond) had to back out soon after. Astrobotic and Intuitive Machines – the two remaining providers – ultimately awarded their respective launch contracts to ULA and SpaceX.

Independent of NASA, SpaceX has multiple Falcon 9 launch contracts on hand for lunar landers to be built by Japanese startup iSpace and launched as soon as 2022 and 2023. Technically, SpaceX even won a fifth Moon lander launch contract from Planetary Transportation Systems (PTS) but the German company went bankrupt in 2019 and its Alina lander appears to be in limbo.

Compared to most other lunar landers SpaceX is scheduled to launch, Masten’s XL-1 is quite large, weighing 675 kg (~1500 lb) dry and 2675 kg (~5900 lb) fully fueled. It will be able to deliver up to 100 kg (220 lb) of useful payload to the surface of the Moon and support that equipment with power and communications for a full lunar day (~12 days). Of the eight experiments NASA plans to include on Masten’s first Moon mission, a robotic arm derived from spare Mars rover parts and a small rover designed to test fast, autonomous Moon roving.