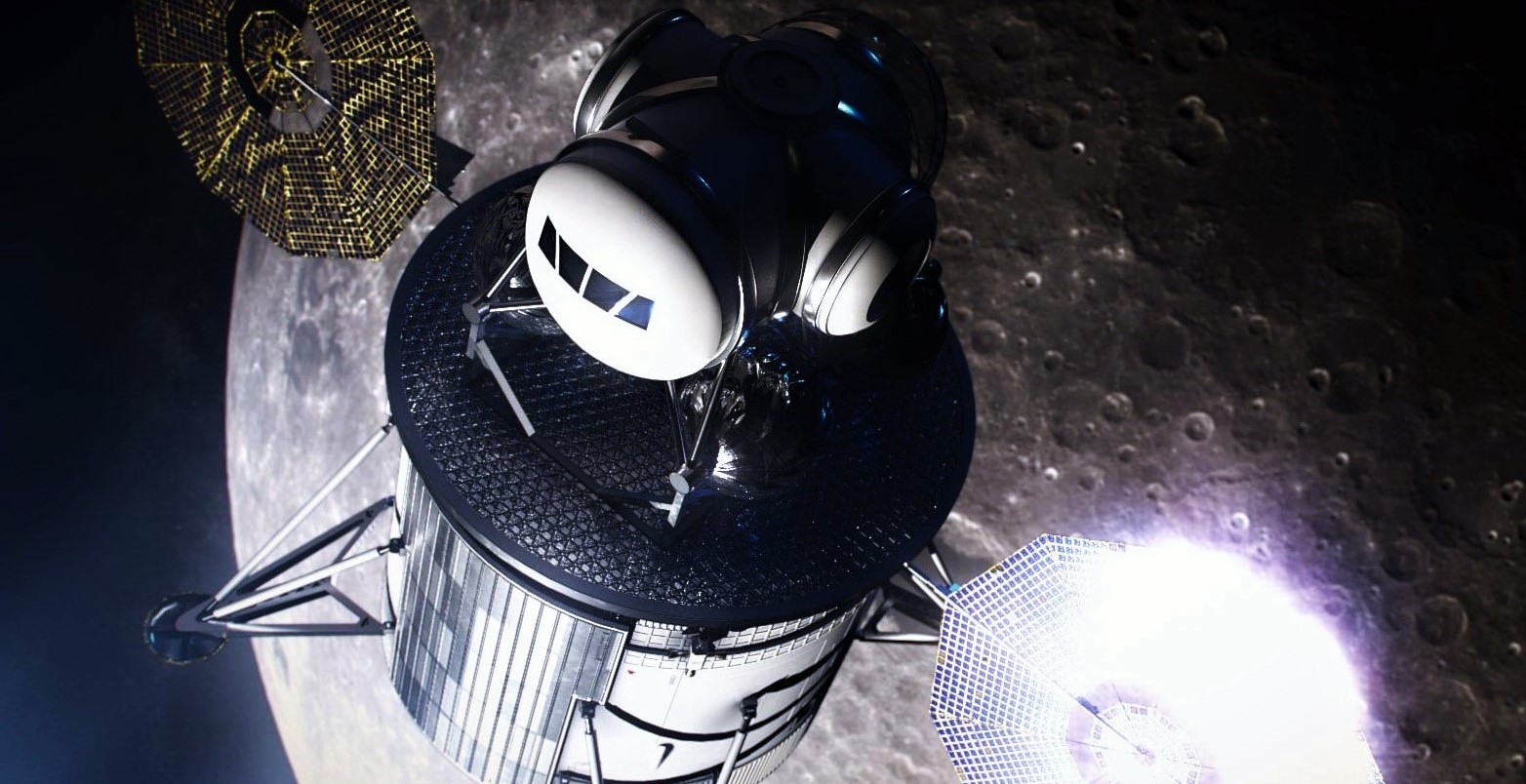 Shown here is a somewhat generic NASA visualization of what a modern lunar lander (descent stage) and ascent stage (crew section) might look like. (NASA)

NASA has announced a series of awards as part of its 2024 Moon return ambitions, providing up to $45.5M for 11 companies to study lunar landers, spacecraft, and in-space refueling technologies.

Among those selected for studies are SpaceX, Blue Origin, Masten Space, and the Sierra Nevada Corporation, alongside usual suspects like Boeing and Lockheed Martin. The chances of NASA actually achieving a crewed return to the surface of the Moon by 2024 are admittedly minuscule. However, with the space agency’s relatively quick three-month turnaround from accepting proposals to awarding studies, those chances of success will at least be able to continue skirting the realm of impossibility for now. In fact, SpaceX believes its Moon lander could be ready for a lunar debut as early as 2023.

Do the OldSpace Limbo!

Almost exactly 90 days (three months) since NASA released its lunar lander request for proposal (RFP), the 11 US companies selected for awards can now begin mature their designs, concepts of operations, and even build prototypes in a select few cases. At least based on the volume of awards and prototypes funded, the bulk of the $45.5M available for these studies unsurprisingly appears to have gone to Boeing and Lockheed. The duo of military-industrial complex heavyweights have maintained a decades-old stranglehold over NASA’s human spaceflight procurement.

In the last 13 years, the companies – combined – have carefully extracted no less than $35B from NASA, all of which has thus far produced a single launch of a half-finished prototype spacecraft (Orion) on a contextually irrelevant rocket (Delta IV Heavy) in 2014. The SLS rocket and Orion spacecraft remain almost perpetually delayed and are unlikely to complete their uncrewed launch debut until 2021, if not later.

“SpaceX was founded with the goal of helping humanity become a spacefaring civilization. We are excited to extend our long-standing partnership with NASA to help return humans to the Moon, and ultimately to venture beyond.”

SpaceX was one of the 11 companies to receive NASA funding for a lunar lander-related design study. By all appearances, the company has been analyzing this potential use-case for some time. What they offer is significantly more complex than what NASA’s press release described as “one descent element study”. First and foremost, however, it must be stressed that these NASA funded studies – particularly those relegated to design, with no prototype builds – are really just concepts on paper. The NASA funding will help motivate companies to at least analyze and flesh out their actual capabilities relative to the task and time frame at hand, but there is no guarantee that more than one or two of the 11 studies will translate into serious hardware contracts.

Regardless of the many qualifications, SpaceX’s proposed descent module (i.e. Moon lander) is undeniably impressive. If SpaceX were to win a development contract, the lander would be based on flight-proven Falcon 9 and Crew Dragon subsystems wherever possible, translating into a vehicle that would have significant flight heritage even before its first launch. That first Moon landing attempt could come as early as 2023 and would utilize the performance of SpaceX’s own Falcon Heavy, currently the most powerful rocket in operation.

No renders have been released at this stage but it’s safe to assume that a SpaceX Moon lander would be somewhat comparable to Blue Origin’s just-announced Blue Moon lander, capable of delivering ~6.5t (14,300 lb) to the lunar surface. Rather than hydrogen and oxygen, SpaceX would instead use either Crew Dragon’s NTO/MMH propulsion or base the lander on Falcon 9’s extremely mature liquid kerosene/oxygen upper stage and Merlin Vacuum (MVac) engine.

Impressively, the SpaceX lander would aim for nearly double Blue Moon’s 6.5t payload capability, delivering as much as 12t (26,500 lb) to the surface of the Moon. That payload could either enable an unprecedentedly large crew capsule/ascent vehicle or permit the delivery of truly massive robotic or cargo payloads. Additionally, SpaceX believes that a descent stage with the aforementioned capabilities could potentially double as an excellent orbital transfer stage, refueling tug, and more. The lander would also serve as a full-up testbed for all the advanced technologies SpaceX needs to enable its goals of sustainable, reliable, and affordable solar system colonization.

Time will tell if NASA is actually serious about upsetting the status quo and getting to the Moon quickly and affordably, or if they will instead fall back on well-worn habits shown to minimize results and maximize cost. The White House recently proposed an additional $1.6B be added to NASA’s FY2020 budget, inexplicably choosing to take those funds from the federal Pell Grant system, which helps more than five million underprivileged Americans afford higher education. Regardless of the sheer political ineptitude involved in the proposed funding increase, even $1.6B annually (the WH proposal is for one year only) would be a pittance in the face of the spectacular inefficiencies of usual contractors Boeing and Lockheed Martin.

The telltale sign of which direction NASA’s lunar ambitions are headed will come when the agency begins to award actual development and hardware production contracts to one or several of the proposals to be studied. Stay tuned!