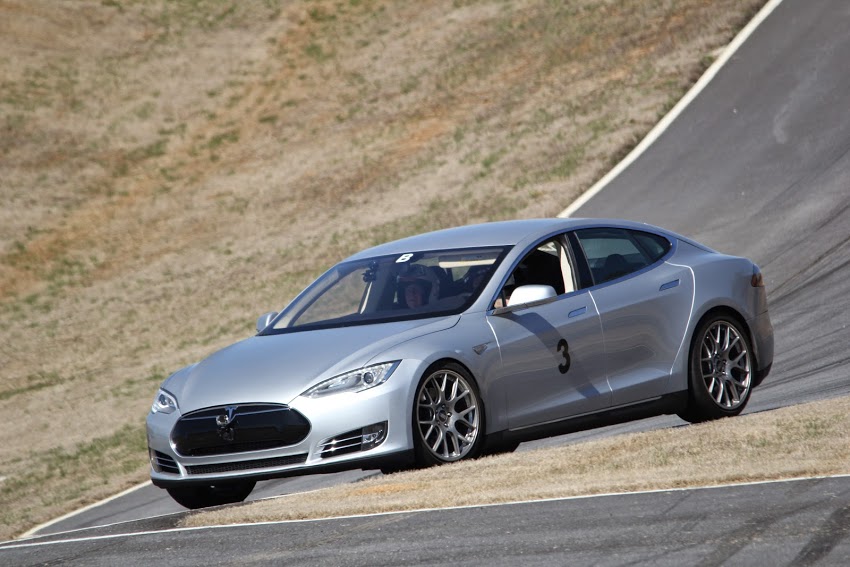 What it takes to bring your Model S to a track day. I have been following John Tamplin for a few years now. John is very active and the owner of the very active Electric Vehicle group on Google Plus. Teslarati being big fans of taking any Model S to the track, we wanted to find out more about John and what it takes to take out to the track his Model S.

This is part one of four. You can see John’s track video.

How did you get involved with electric vehicles?

NZ – John, can you tell us a little about you and how you got involved with EVs?

JT – I am a software engineer, currently with Square and previously with Google. Growing up, I was always building stuff, particularly electronics and things with wheels like unpowered go-carts to ride down the hill. As far back as I can remember, I always knew I wanted to work with computers, so I have always been interested in the technology side of things.

As a kid, I used to help my dad rebuild engines in his race car, and restore old cars. I was amazed at how intricate and complicated the engines were, compared to the electric motors in my toy cars which seemed so straightforward and clean. I already felt electric motors were the way of the future — even futuristic movies in the 70s never imagined gas-powered cars as the future.

I owned a couple of Toyota Supras and an MR2, but was always waiting for the battery technology to catch up. I knew the Camry Hybrid I bought in 2006 would be the very last gasoline car I would own. I had been following Tesla from their inception and AC Propulsion before that, but it wasn’t anything I could afford at that time. Finally, it felt like someone was trying to make an EV that was a performance vehicle, not just an econobox. At the time, it really seemed like a long shot, but I was hoping they would be successful and I could buy their planned mass-market car in a decade or so.

As the Model S got closer, I was thinking maybe I could swing it. I was following every scrap of news. The date kept sliding back and finally Nissan announced the LEAF, the first practical EV. I decided it was unlikely Tesla would hit their target date, plus I would be well down the waiting list. I went ahead and placed a reservation on a LEAF. I wound up waiting 18 months to buy it. It was really frustrating to the point of researching converting an MR2 to a 100mi-range EV. I got to the point of making a detailed bill of materials and talking to shops about doing the welding/fabrication I would need. Nissan must have known. Right after that, the order went though. I figured I would drive it for two to 2.5 years, and then get a Model S.

Google decided they would close the Atlanta engineering office and I wound up with Square. Between severance from Google and a signing bonus at Square, I could finally afford to get the Model S early. I placed the reservation expecting to get it in the spring of 2013. It turned out a number of people wanted to wait for 2013 models (since Tesla goes by the calendar year it was built in) and I didn’t care, so I got moved up the list and owned my Model S on December 30, 2012 – it was shipped and I was driving it a week later, much earlier than I had hoped.