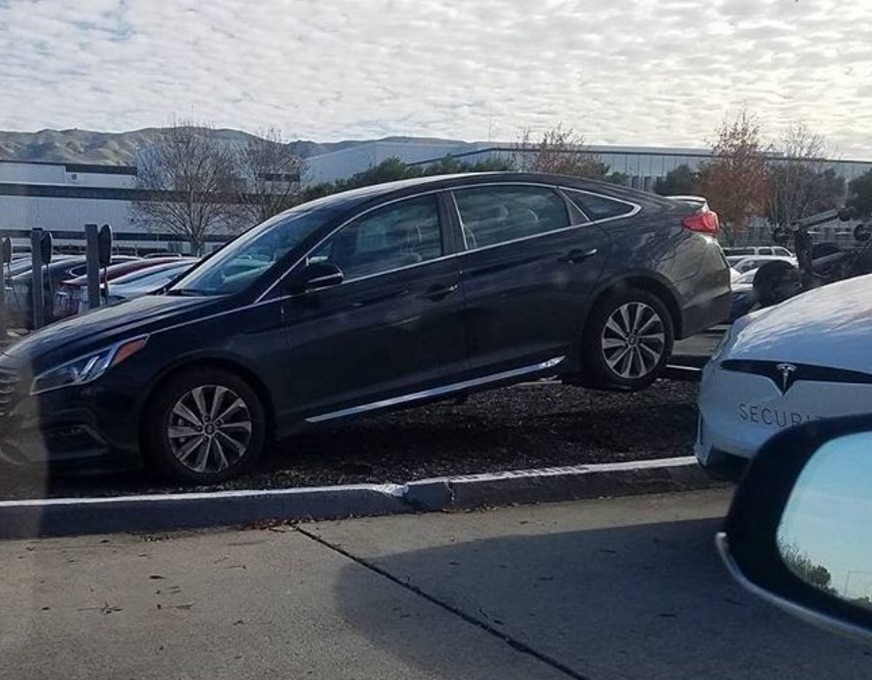 Bedlam is the norm in Tesla factory parking lot

When Tesla Model S owner Loic Le Meur took to Twitter to complain about Tesla owners behaving badly at Supercharger locations — particularly the always crowded charging facility in San Mateo — Elon Musk was quick to prioritize their solution to Supercharger abuse. Within days, Tesla instituted a new policy that charges people an extra fee when they leave their cars plugged in after charging has been completed. Since then, complaints about Supercharger abuse have fallen off considerably.

#tesla encourages its employees to think outside the box

But is even the redoubtable Musk smart enough to solve the chaotic scene that takes place daily in the parking lot at the company’s factory in Fremont, California? Judging by the Instagram photos that surfaced recently by someone using the handle teslaparkinlot, the parking situation there is chaotic. Cars are routinely parked outside the painted lines, on top of curbs, in the shrubbery, or just left in the middle of traffic lanes.

when you think youre pretty smart and then you get stuck. #mustang #vehiclegram #automotivedaily #automotivegramm #carsofinstagram

Many of the parking scofflaws have had nasty notes left by other drivers irritated by such boorish behavior. One red Miata had apparently been abandoned in the employee parking lot for months, judging by the number of irate comments scrawled in the dust that covers the car.

#boxedinattesla @Regrann from @edsv408 – Just my fucking luck trying to leave work and some asshole blocks me in! #Regrann

Once Elon gets wind of this, he will probably have his minions build an autonomous electric tow truck on a Model S chassis to clear away cars that offend the norms of a civil society. They will be towed to neighboring Milpitas where their owners can reclaim them after a short ride on an electric bus built on a Model X chassis.

That idea may not be so far fetched. The city of Fremont has recently approved a plan to double the size of the Tesla factory to accommodate production of the new Model 3 due out later this year. Tesla will be adding even more people to the payroll to help manufacture the new car. Where will they all park?

Bedlam is the norm in Tesla factory parking lot