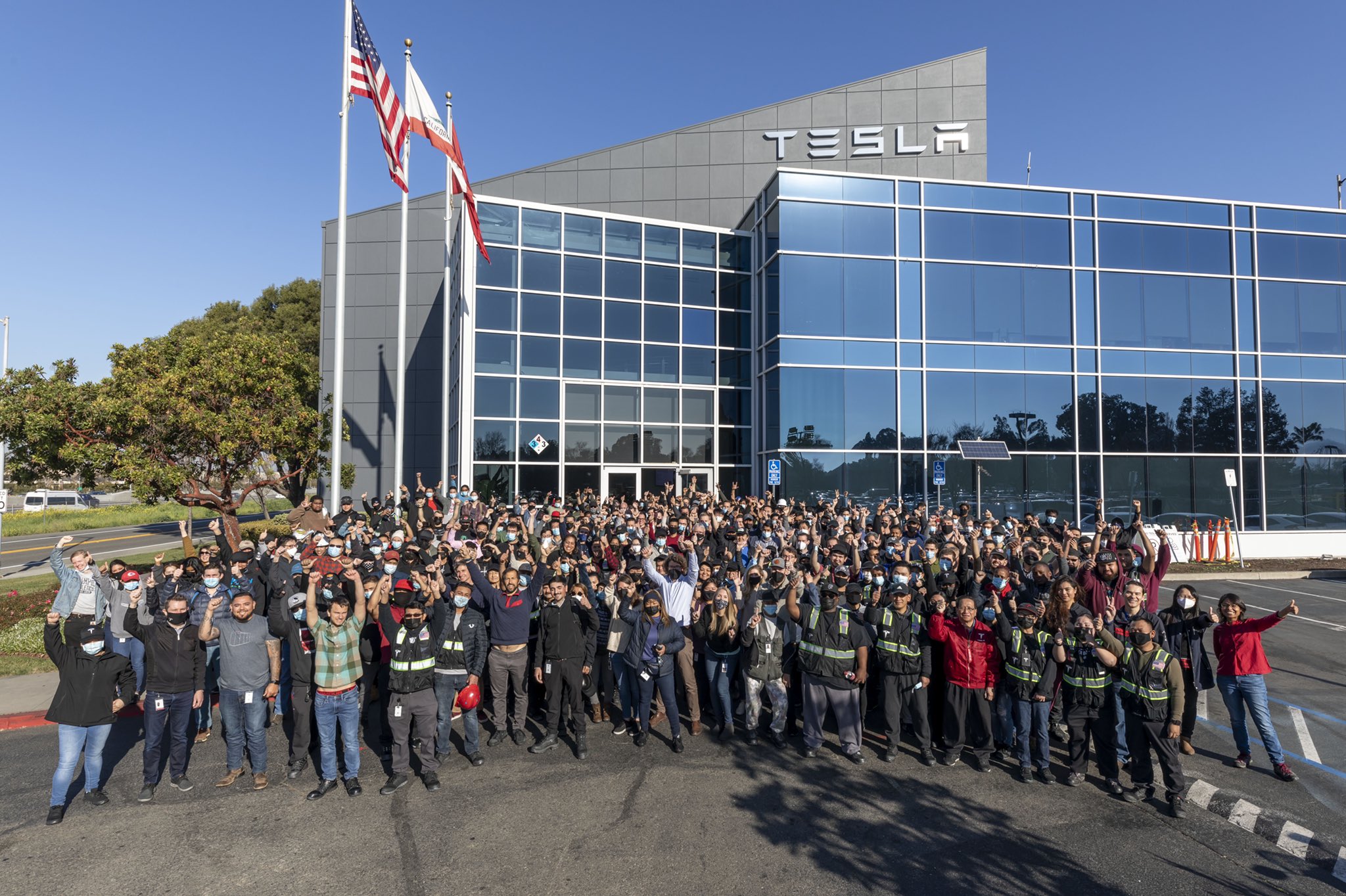 Tesla manufactured its one millionth 4680 battery cell in January

Tesla announced today on Twitter that it had successfully manufactured the one-millionth 4680 battery cell at the Kato Road pilot facility in January.

Tesla’s 4680 battery cell is one of the company’s most significant developments in its history. The cell was the primary focus of Tesla’s Battery Day event in September 2020, where Tesla detailed the advantages of the new cell and unveiled a new battery pack structure to increase vehicle rigidity and safety.

The 4680 cell has been one of Tesla’s best-kept secrets as well. Despite the automaker unveiling the cell around a year and a half ago, very little information regarding Tesla’s manufacturing processes of the 4680 battery has been made available. Tesla said at the Battery Day event that it would be manufactured in mass quantities for upcoming vehicle models, and that the Kato Road facility was one of the largest cell manufacturing plants in terms of capacity in the world.

Tesla announced that, in January, the engineers and techs at Kato Road manufactured the one-millionth cell in January, a huge milestone in the production of the battery.

Celebrating our one millionth 4680 cell in January pic.twitter.com/d19IPFu18u

Now that we know Tesla’s Austin-made Model Y from Gigafactory Texas will equip the cell, the automaker has stepped up the production of the 4680 battery.

CEO Elon Musk said that the Tesla Model Y made at Gigafactory Texas will be the first electric car to equip the new cells and the structural battery pack, which Teslarati has reported on previously.

Musk said during the Earnings Call:

“So in Texas, we’re building the Model Ys with the structural battery pack and the 4680 cells, and we’ll start delivering after final certification of the vehicle, which should be fairly soon.”

Tesla is only waiting for certification of the Model Y built at Gigafactory Texas to be finalized before it can begin deliveries. Tesla has already produced several hundred, or perhaps thousands, of units of the Model Y in Texas. Earlier this week, Tesla seemed to be gearing up for the imminent deliveries of the vehicle, but there is no indication of when deliveries will begin, yet.

Tesla manufactured its one millionth 4680 battery cell in January