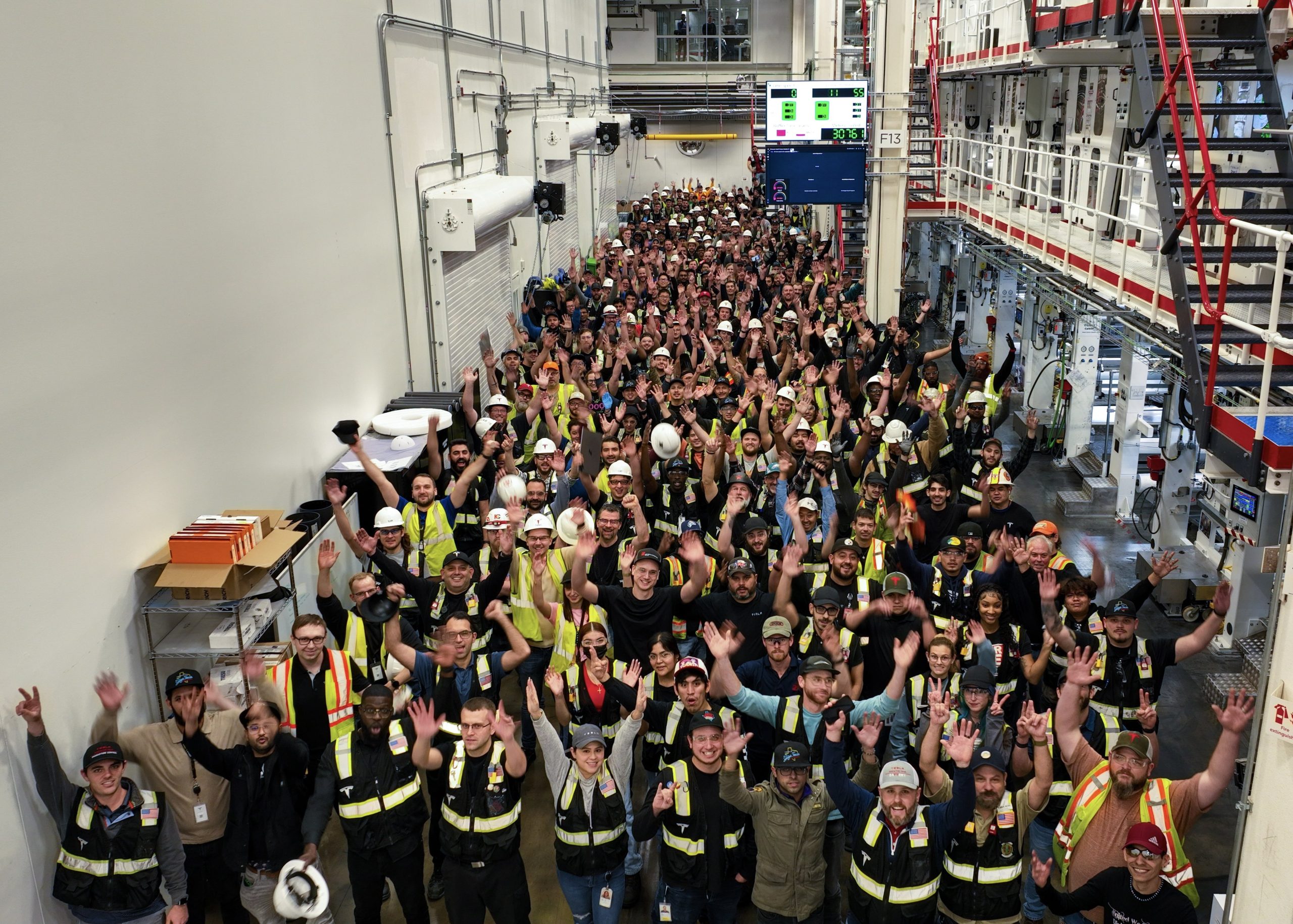 It appears that Tesla’s 4680 battery cell production line is hitting its rhythm. As recently announced by the company, its 4680 team has managed to build 868,000 cells in the last seven days. That’s roughly equal to the battery packs of over 1,000 electric vehicles.

Tesla announced the milestone on its official Twitter account. The EV maker highlighted its appreciation for its 4680 team in its post, while also including a couple of photos of the teams behind the milestone. “Congrats to the 4680 cell team on achieving 868k cells built in the last 7 days—equal to 1k+ cars!” Tesla wrote.

While producing enough cells for over 1,000 electric cars may seem like a minor achievement considering the scale of Tesla’s overall operations, the accomplishment was likely achieved with just the company’s initial 4680 production lines. Tesla currently produces 4680 cells in its pilot line at Kato Road, close to the Fremont Factory. Giga Texas also has a 4680 line.

During the Q2 2022 earnings call, Tesla’s Senior VP of Powertrain and Energy Engineering, Drew Baglino, noted that the company expects to ramp its 4680 cell production to exceed 1,000 vehicles per week by the end of the year. He also noted that while Tesla’s 4680 pilot line in Kato Road is improving its output, Giga Texas should overtake Kato’s weekly production by the end of 2022.

“We are making progress on 4680… We expect to ramp total 4680 production to exceed 1k per week by the end of the year, hopefully before — well before. In Q2, at Kato, we fully automated power conveyance for the dry anode-electrode tool there, unlocking major increases in production and improvements in yields. Since March, because of that, Kato output has grown about 35% month-over-month each month since, and yields throughout the factory are already at targets in most areas and trending in that direction and a few others.

“We did feed learnings from Fremont cell and pack lines to Texas and Berlin there, a carbon copy. Cell design was revved to unlock higher performance and manufacturing simplicity. Manufacturing lines were further integrated, and we in-sourced additional content. For these reasons, there are some new ramp challenges to overcome in Texas and Berlin. Specific to Texas last quarter, cell equipment was fully installed and commissioned, and we produced our first commissioning car sets of cells through the end of the line. Our target for Texas is to begin production this quarter and aim for Texas to be capable of exceeding Kato weekly output before the end of this year,” Baglino said during the Q2 2022 earnings call.