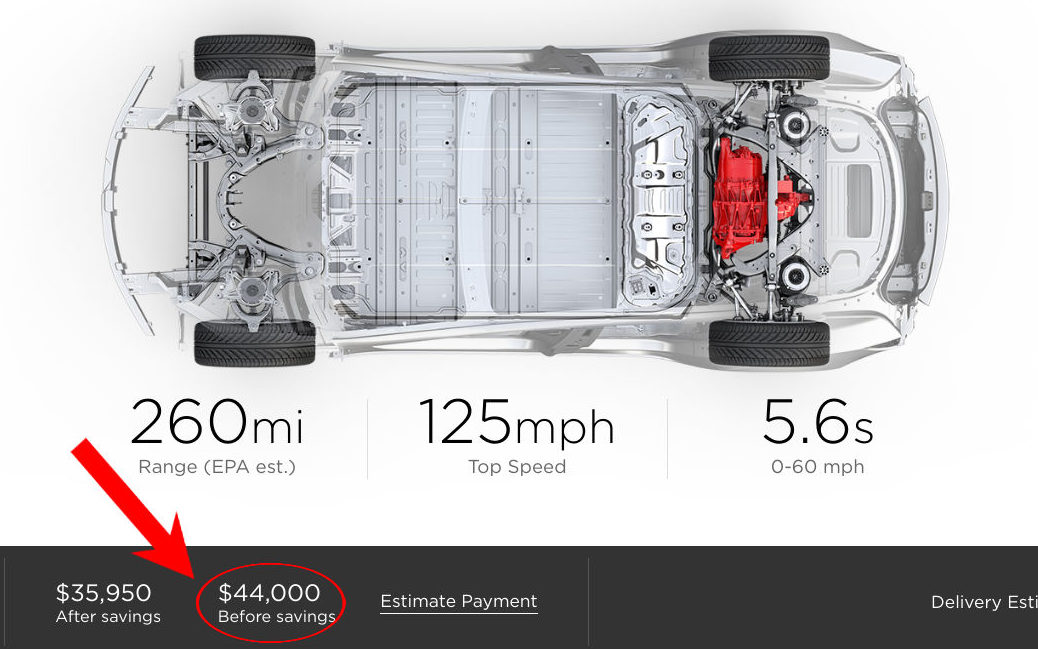 To say that the past year has been monumental for Tesla is a gross understatement. By the end of 2018, the electric car maker had established itself as a leader in the premium EV market, and the Model 3, its most ambitious vehicle, continues to perform well. Seemingly as a means to ensure that the electric sedan remains competitive regardless of the phaseout of the $3,750 federal tax credit, Tesla has adjusted the prices of its Model 3 lineup.

With the recent price adjustments in place, the Mid Range Model 3 RWD — the most affordable version of the vehicle currently available — is now priced at $44,000 before incentives. This is $1,000 less than the vehicle’s introductory price of $45,000 and $2,000 less than the electric sedan’s $46,000 cost, which was in effect until the end of 2018. The most recent price adjustments also lowered the price of the Tesla Model 3 Performance to $62,000 before incentives. The Dual Motor AWD variant, on the other hand, is now priced at $51,000 before gas savings and the remaining $3,750 tax credit.

Essentially the tax credit was reduced by $3750 and #Tesla makes up $2000 of it. As I said before tax credit reduction will have zero impact on Tesla quarterly sales. Q1 2019 will again break records. $TSLA pic.twitter.com/WfVfw2KY9B

By adopting this pricing strategy, Tesla is all but ensuring that its customers would not feel the full brunt of the $7,500 federal tax credit’s phaseout. Had Tesla not rolled back its vehicles’ prices, the cost of the entire Model 3 line would increase by $3,750 after 2018 ended. With the current adjustments in place, though, $2,000 of the lost tax credit would practically be covered by Tesla. Thus, for all intents and purposes, it appears that the phaseout of the $7,500 federal tax credit only resulted in Tesla’s vehicles raising their total prices by about $1,750.

Such adjustments could be yet another strategy for Tesla to ensure that demand in the United States remains healthy despite the vehicle’s international rollout. A notable portion of the electric car’s remaining reservation holders in the US, after all, are likely waiting for the Model 3’s $35,000 base variant. So far, Tesla’s website notes that Model 3 equipped with a Standard Battery would be available in 4 to 6 months.

Tesla is yet to release its production and delivery figures for the fourth quarter of 2018, though estimates from the electric car community expect the automaker to deliver around 33,000 vehicles in December, of which about 24,500 were Model 3. Considering that Tesla reportedly hit a production rate of 1,000 Model 3 per day in Q4, and considering that the company was pushing deliveries until the end of the year, there is a good chance that the electric car maker has achieved yet another record-setting quarter.

The next 12 months would likely go down as Tesla’s most historic year yet. Apart from the international rollout of the Model 3, the company is also expected to unveil the Model Y SUV this year. Just like the Model 3, the Model Y is aimed at the mass market, and considering the industry’s preference for SUVs, expectations are high that demand for the Model Y would exceed even that of the electric sedan. This is not all, though, as Elon Musk has teased that the Tesla Truck might be unveiled in 2019, and initial production of its all-electric long hauler — the Semi — could enter its first phases sometime this year as well. Lastly, Tesla’s Energy products such as the Solar Roof, which also has a long line of reservation holders, is expected to ramp production in 2019.