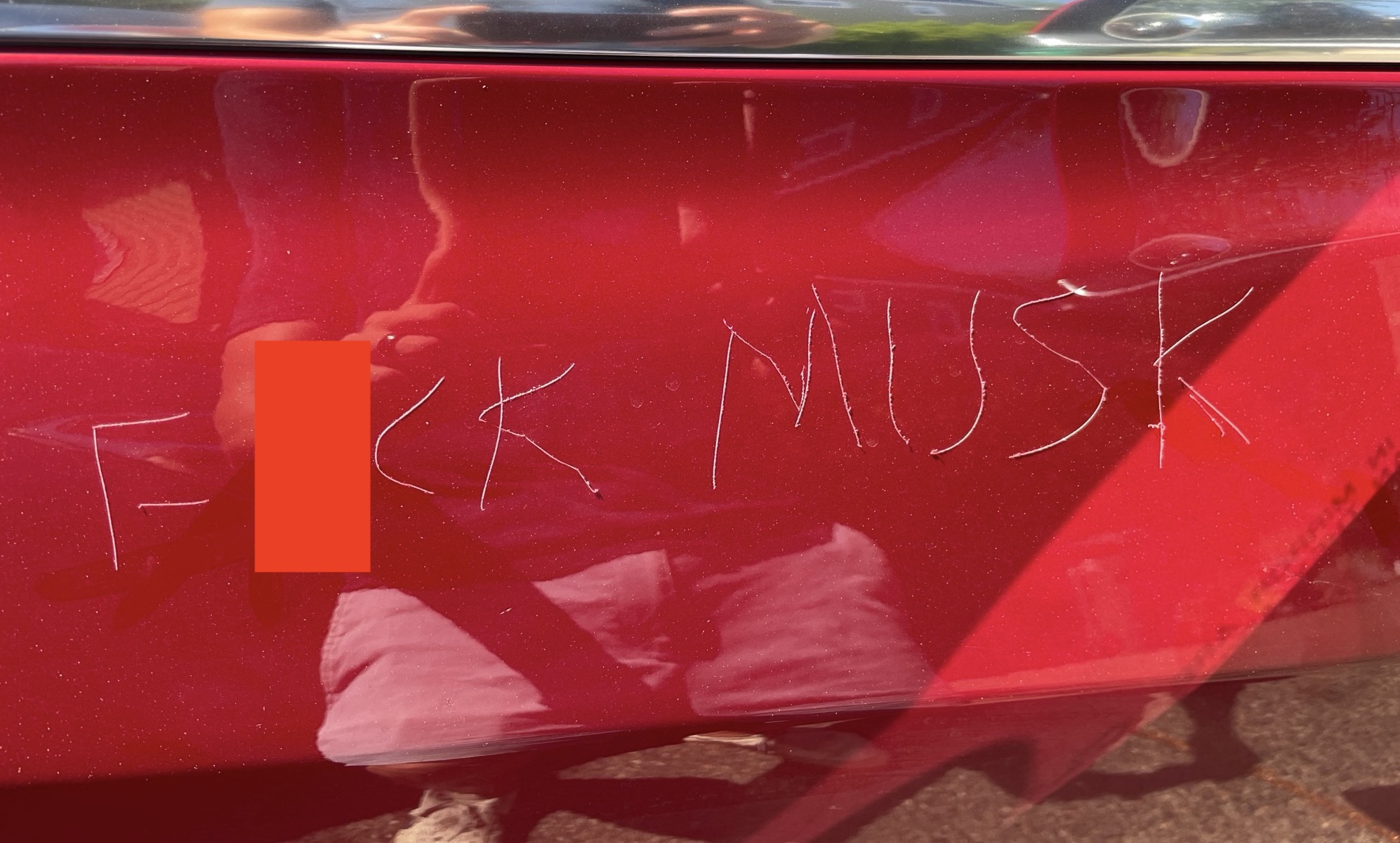 It’s missing a first name and an asterisk, but a vandal from Capitol Hill seems to share the same anti-Elon Musk sentiment as CA Assemblywoman Lorena S. Gonzales last year. Unfortunately for a Tesla Model 3 owner, this resulted in some headaches, a damaged door panel, and $1,500 worth of repairs.

During the height of the lockdowns in California last year, and as Tesla fought to open the Fremont Factory with safety precautions learned from Giga Shanghai’s lockdowns in China, CA Assemblywoman Lorena S. Gonzales decided to share her thoughts about Elon Musk. Her sentiments about the CEO were very clear, and in just three words, she expressed something that avid anti-Tesla groups have long yearned to see in social media: “F*ck Elon Musk.”

The post was quite popular across Twitter, gaining over 188k likes and more than 15k retweets. The post also became prolific enough that the day after, Elon Musk responded with a simple “Message received.” A few months later, Tesla formally announced that its next factory, which would be producing the Model Y and the Cybertruck, would be built in Texas. Musk has since sold his houses in California and moved to the Lone Star state, seemingly to be closer to SpaceX’s Starbase project and Tesla’s Giga Texas site.

Yet even as Elon Musk has remained largely Twitter controversy and meltdown-free in recent months, the CA Assemblywoman’s words against the CEO have remained a rallying cry of sorts for critics who are against Tesla and his companies. It was then unsurprising and unfortunate that a Tesla owner ended up finding the same sentiment scratched onto his Model 3’s door during a night out on Capitol Hill.

An image of the vandalized Model 3 was recently shared on the r/TeslaModel3 subreddit, and in later comments, u/jlian, the owner of the Tesla, noted that the repairs for the vehicle ended up costing $1,500 since the vandal’s scratches were simply too deep to be buffed out. What’s more unfortunate was that the Tesla owner did not have Sentry Mode activated, so there was no record of the person who attacked the Model 3 and branded it with the anti-Elon Musk quip. Needless to say, there were some hard lessons learned there.

Musk gets a lot of admiration from his supporters, but he also gets a ton of hate from those who disagree with his projects or simply dislike him as a person. This makes the Tesla CEO one of today’s most polarizing figures. That being said, no one would probably disagree with the idea that damaging another person’s property is never okay, and cursing out a CEO by scratching a message on one of his company’s products is even worse.