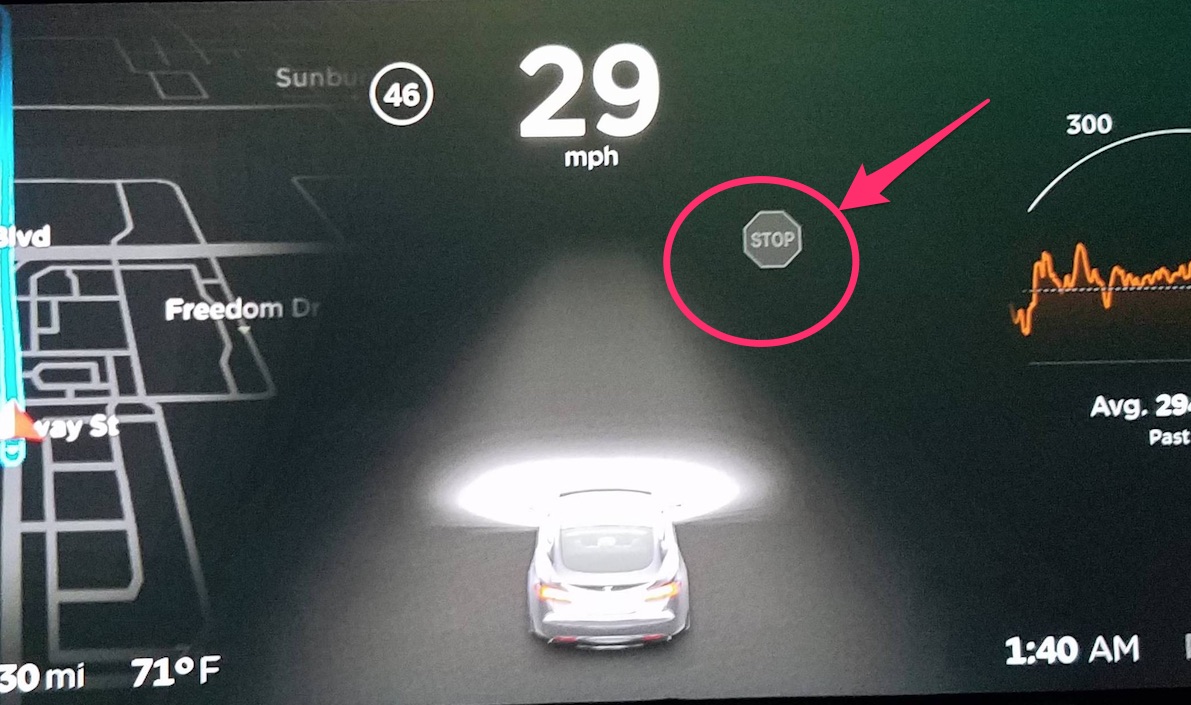 A Tesla owner that received the latest over-the-air Autopilot 2.0 software update is reporting that their vehicle has been able to detect stop signs. The ability to obey traffic signals and stop indicators were first demonstrated by the company when it released a video showing a Tesla Model X driving completely on its own through the streets of Silicon Valley. Part of those capabilities are and now being detected in the first iteration of Enhanced Autopilot.

Though Tesla plans to demonstrate a fully autonomous cross country drive from Los Angeles to New York by the end of this year, the company will begin with a slow incremental roll out of Autopilot features and continue over time as engineers work on improving Autopilot’s self-driving algorithms through data collected in Shadow Mode. “These features operate on a new hardware and software platform. Therefore, their rollout will be measured and cautious until we have generated confidence across several hundred million miles of real-world usage.” indicates Tesla through release notes for Enhanced Autopilot. A Tesla owner that was part of the first batch of 1,000 recipients of Enhanced Autopilot posted a photo showing a stop sign appearing on the main instrument cluster of their Model S. The image is significant in that it’s the first time we’re seeing indications that Tesla might be advancing towards full autonomy, which the company will eventually release through the optional Full Self-Driving feature. This is being facilitated through sensory data captured through 360-degree surround cameras and advanced ultrasonic sensors incorporated into its newest fleet of Model S and Model X vehicles.

Do you have a video you’d like to share with us demonstrating Enhanced Autopilot? Send us a TIP at tips@teslarati.com. Or send us an anonymous tip through our iOS and Android app.