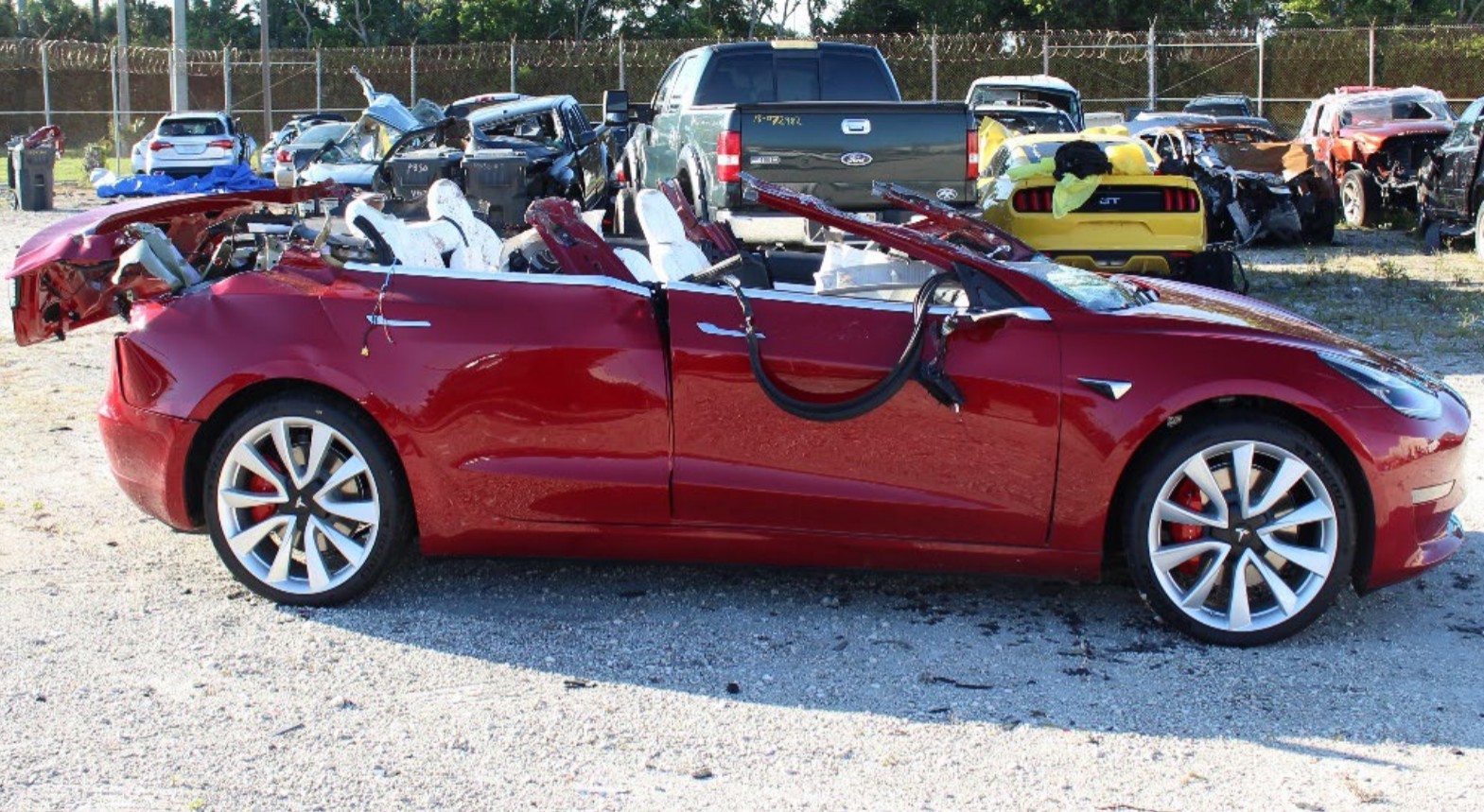 A report from the National Transportation Safety Board (NTSB) has stated that Tesla’s Autopilot driver-assist system was engaged during a fatal Model 3 crash in Delray Beach, FL last March. Released on Thursday, the NTSB’s report stated that the Model 3’s driver had engaged Autopilot about 10 seconds before the vehicle crashed into a semitrailer.

The driver of the ill-fated Model 3 was traveling about 68 mph on a highway with a 55 mph speed limit, according to the report’s findings. The NTSB further noted that neither the vehicle’s driver nor Autopilot was able to perform any evasive maneuvers in the seconds leading up to the impact.

Tesla requires drivers to constantly put pressure on the steering wheel when Autopilot is engaged, emphasizing that the driver-assist feature is not a full self-driving system. Tesla has also issued constant reminders urging drivers to stay alert and be ready to take over their vehicles at any time. Nevertheless, Reuters notes that some Tesla owners have pointed out that they are able to avoid putting their hands on their vehicles’ steering wheel for extended periods of time while Autopilot is engaged.

The report issued on Thursday is a preliminary report, and investigations into the crash are still ongoing. The NTSB has declined to place the blame on the accident, at least as of writing.

A Tesla spokesperson has issued a statement following the release of the NTSB’s report.

“We are deeply saddened by this accident and our thoughts are with everyone affected by this tragedy. Tesla drivers have logged more than one billion miles with Autopilot engaged, and our data shows that, when used properly by an attentive driver who is prepared to take control at all times, drivers supported by Autopilot are safer than those operating without assistance. For the past three quarters we have released quarterly safety data directly from our vehicles which demonstrates that.”

The NTSB’s report could be accessed here.