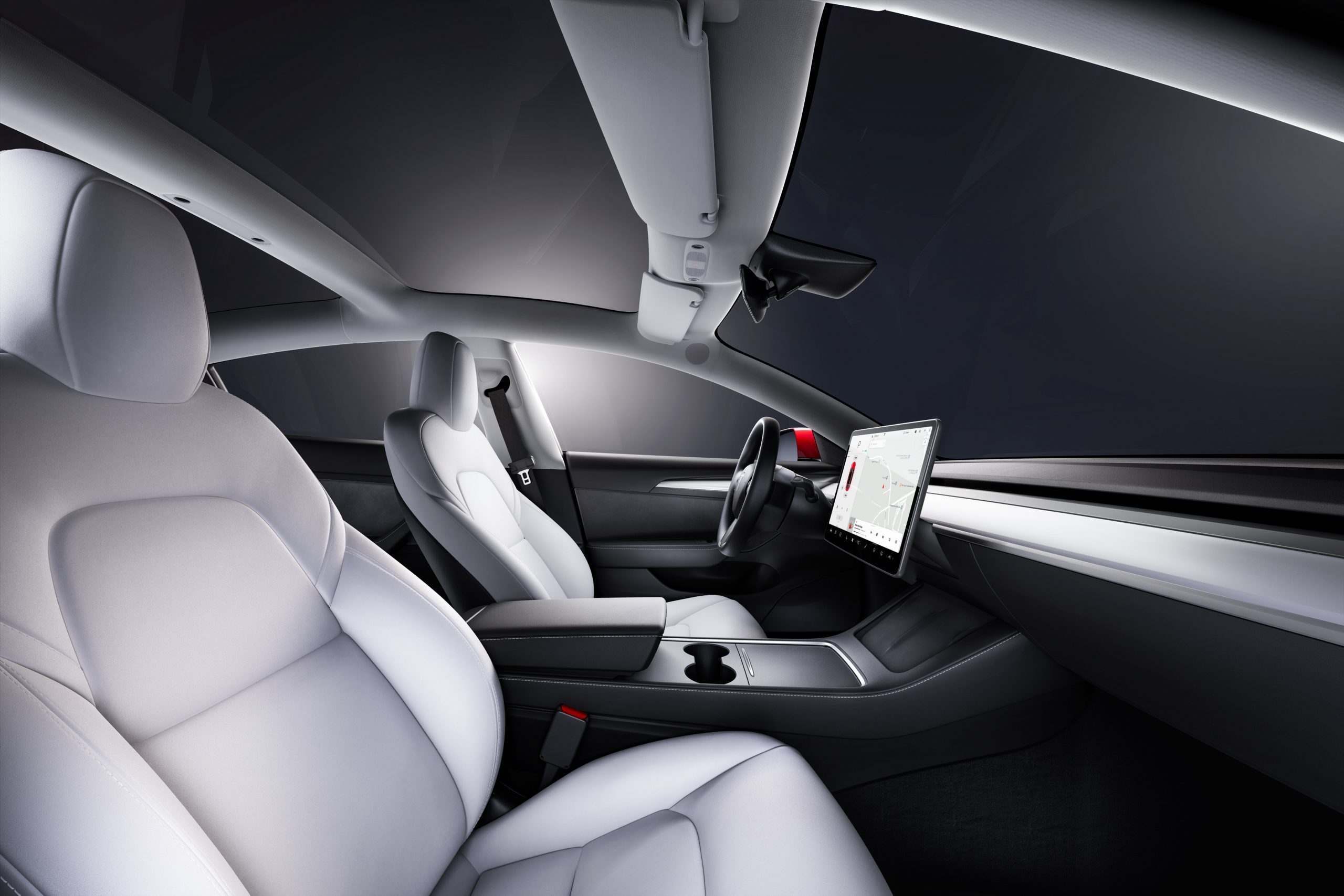 Would Tesla vehicles be even better with these 5 basic features?

Tesla has some of the most technologically advanced and sustainable vehicles consumers can buy on the market today. However, as Tesla Raj notes in one of his newest videos, his Tesla Model 3, along with other vehicles in the company’s lineup, are missing some of the most basic features that are available on models from other companies that are several years old. This begs the question: Would Tesla vehicles be even better with the five basic features Raj requests?

One of the most important features that Raj lists is the Cross-Traffic Alert System. Noting that his wife’s 2016 Toyota RAV4 Hybrid has the system, which is highly effective in alerting the driver of an oncoming obstacle that is out of sight, Raj said his Model 3 lacks this somewhat basic safety feature.

While the Model 3 does offer wide-angle views from both rear quarter panels that could assist in a little more of a view, it still does not utilize any sort of system to sense objects, people, or vehicles that may be moving toward the Model 3. In a crowded Supermarket parking lot, Cross-Traffic Alert Systems are highly effective in keeping the driver vigilant as others look for a spot or shoppers head in or out of the store, perhaps with a heavy cart full of food. This simple addition could keep the car undamaged and could even save a life. Raj’s daughter, who was riding a scooter in the demonstration, was below the vehicles on either side of the Tesla. She was impossible to see until she entered the vehicle’s repeater camera view, which would likely give the driver a fraction-of-a-fraction of a second to stop.

As you can see in the pictures below, smaller obstacles, like shopping carts, as well as small children, are hidden by the vehicles parked next to Raj’s Model 3. A child is not seen until they are right behind the vehicle. These would be solved with basic sensors, which Tesla already has installed in their vehicles.

The Tesla Model 3’s rear-view cameras lack a Cross-Traffic Alert System, which would help drivers see smaller obstacles that could be hidden by nearby vehicles (Credit: Tesla Raj)

The Tesla Model 3’s rear-view cameras lack a Cross-Traffic Alert System, which would help drivers see smaller obstacles that could be hidden by nearby vehicles (Credit: Tesla Raj)

Raj’s wife’s 2016 RAV4 Hybrid also equips a 360-degree camera, which the Model 3 also lacks. In October 2020, Tesla CEO Elon Musk confirmed that a Birds-Eye, 360-degree view of the vehicle would be coming with Full Self-Driving. It has not been released with the current iteration of Tesla’s semi-autonomous driving program, but Musk may have meant that the feature would not be released until FSD is actually complete, which would activate the company’s plans for a Robotaxi Fleet. However, so many vehicles have this feature already, which would activate full-range views of every obstacle around the car. The wide-range perspective would even help complement the previously-mentioned Cross-Traffic Alert System.

Tesla does offer those repeater cameras to help with a wider view of the car. However, they do not show a Birds-Eye angle, nor do they show the sides of the car.

If you follow Raj and Elon Musk on Twitter, you will know that Raj has requested the Tesla CEO to add this feature on many occasions, and for good reasons. While Tesla does currently offer Spotify, the world’s largest streaming platform for music and podcasts, and Tidal, another streaming app, the cars do not feature Apple Music support. Spotify does offer high-quality streaming, granted you are connected to a network that can support high download speeds. Tesla’s sound system, which has been noted as high quality by many, including Musk himself (surprise, surprise), is not getting used to its full capabilities without high-quality streaming services.

It would also support a lot of Tesla owners, as a poll Raj conducted showed 74 percent of the 2,292 votes received came from Apple owners utilizing iOS.

Tesla Owners what operating system is on your phone?

Apple’s CarPlay is also highly intuitive, easy to use, and is supported by most automotive brands. I’m not sure if this comes down to some tech-based rivalry or just the fact that Tesla is not willing to license Apple’s software, but it would be a huge upside if these features were compatible with the vehicle.

The lack of an engine in electric vehicles allows the Frunk – or Front Trunk – to exist. It gives owners just a little bit more room to store things like luggage or groceries, and it varies from vehicle to vehicle. The F-150 Lightning, for example, has a sizeable Frunk, basically adding a sedan-sized trunk to the already large bed area.

The Model 3 Frunk is not easy to access, at least in Raj’s opinion. He would like to see an exterior Frunk access button or sensor that could remove the need to open the hood with the Tesla App or from the interior touch screen. Some vehicles have a sensor for trunks located underneath the rear bumper. It can be tapped with a foot to open and comes in handy when your hands might be full of groceries.

The Frunk is one of the most underrated parts of an electric vehicle, in my opinion. It should be easier to access, and you should not need a screen to do so.

This is perhaps one of the most practical ideas Raj included in his video and is something that navigation apps like Waze and Apple Maps have included in their platforms. Alerting other drivers of hazards, police, accidents, stoppages, and other important occurrences on the road would be ideal to share between Tesla drivers. Reporting things like road debris or an officer shooting radar would most certainly be advantageous to the safety of drivers. It has allowed people to communicate with road conditions and is constantly updated by asking future drivers whether the hazard or obstacle is still present.

Would Tesla vehicles be even better with these 5 basic features?