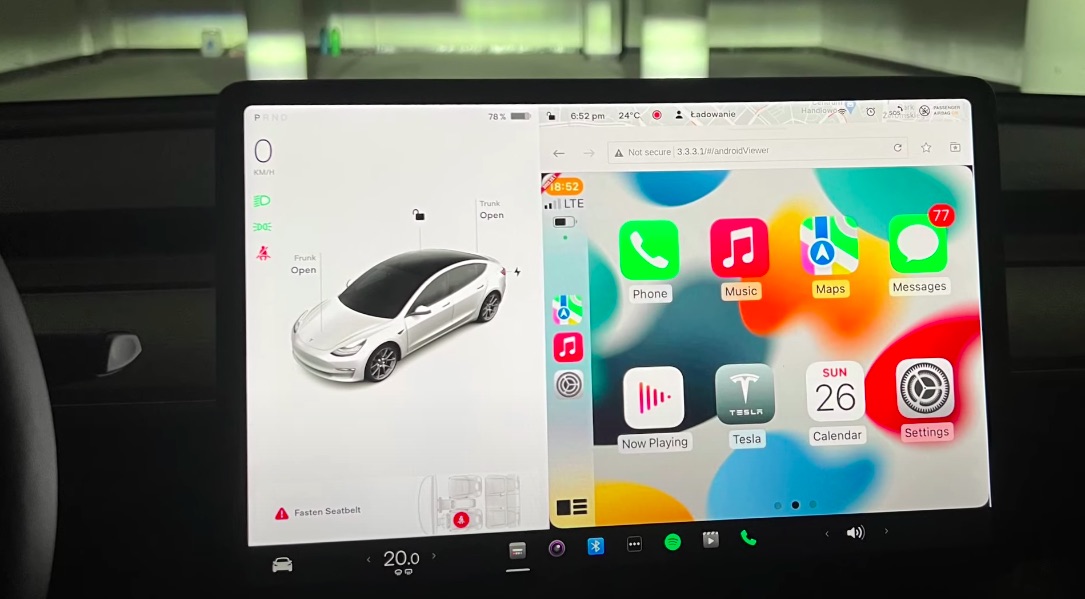 An update to the clever workaround has now been released by the developer, with Gapiński noting that the system’s new iteration provides “100% functional ‌CarPlay‌ integration for any Tesla.” A demo of the updated software has been uploaded on YouTube.

As noted in a MacRumors report, Gapiński’s Apple CarPlay workaround for Teslas utilizes a Rasberry Pi with an LTE modem and a Wi-Fi access point, running a custom Android-based firmware. A micro-HDMI to HDMI cable and Ethernet cable are also used.

Tesla’s in-car browser is then used to connect to the Raspberry Pi and display the Apple CarPlay interface on the electric vehicles’ displays. Apple apps such as Maps and Apple Music should function normally, and controls for the features should be possible through both the center display and a Tesla’s steering wheel buttons.

Launched in 2014, Apple CarPlay allows a vehicle’s head unit to be a display and controller for an iOS-powered device. It is extremely prevalent among major carmakers today, though Tesla, despite being the leader in vehicle tech, has been hesitant to offer Apple CarPlay support.

Watch Gapiński’s demo of his Tesla Apple CarPlay workaround in the video below.