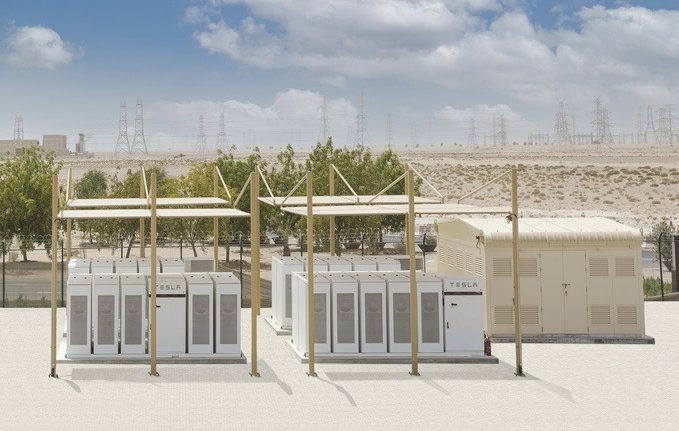 A Tesla battery system comprised of Powerpack units was successfully switched on at the 1GW Mohammed bin Rashid Al Maktoum Solar Park, one of the world’s biggest renewable energy projects. The Tesla Powerpacks were switched on by the Dubai Electricity and Water Authority (DEWA).

While the Mohammed bin Rashid Al Maktoum Solar Park already has a generating capacity of 1,013 MW, the DEWA has noted that it is still looking to expand the system even further. According to the public service infrastructure company, it is looking to expand the renewable energy project to a whopping 5 GW by the end of the decade.

That being said, the current Tesla Powerpack installation in the massive solar farm is quite small. Being a pilot project, the Tesla batteries only have a capacity of 1.21 MW/8.61 MWh. However, DEWA CEO Saeed Mohammed Al Tayer noted that ultimately, the Tesla batteries are aimed at diversifying the energy mix of the project, while enhancing the site’s energy storage technologies.

“The pilot project will evaluate the technical and economic capabilities of this technology within the operational framework of electricity systems in solar photovoltaic power plants. It also tests the role of this technology in the integration between clean energy and energy storage to achieve maximum efficiency and reliability,” Al Tayer said.

Apart from its Tesla batteries, DEWA also has another energy storage pilot project at the Mohammed bin Rashid Al Maktoum Solar Park. The system features a sodium sulphur (NaS) energy solution, and it has a capacity of 1.2 MW/7.5 MWh. Considering the upcoming expansion of the solar farm, however, it would not be surprising if the DEWA also tries out some of Tesla’s more robust energy storage devices in the near future, such as Megapack batteries, which are specifically designed for grid use.