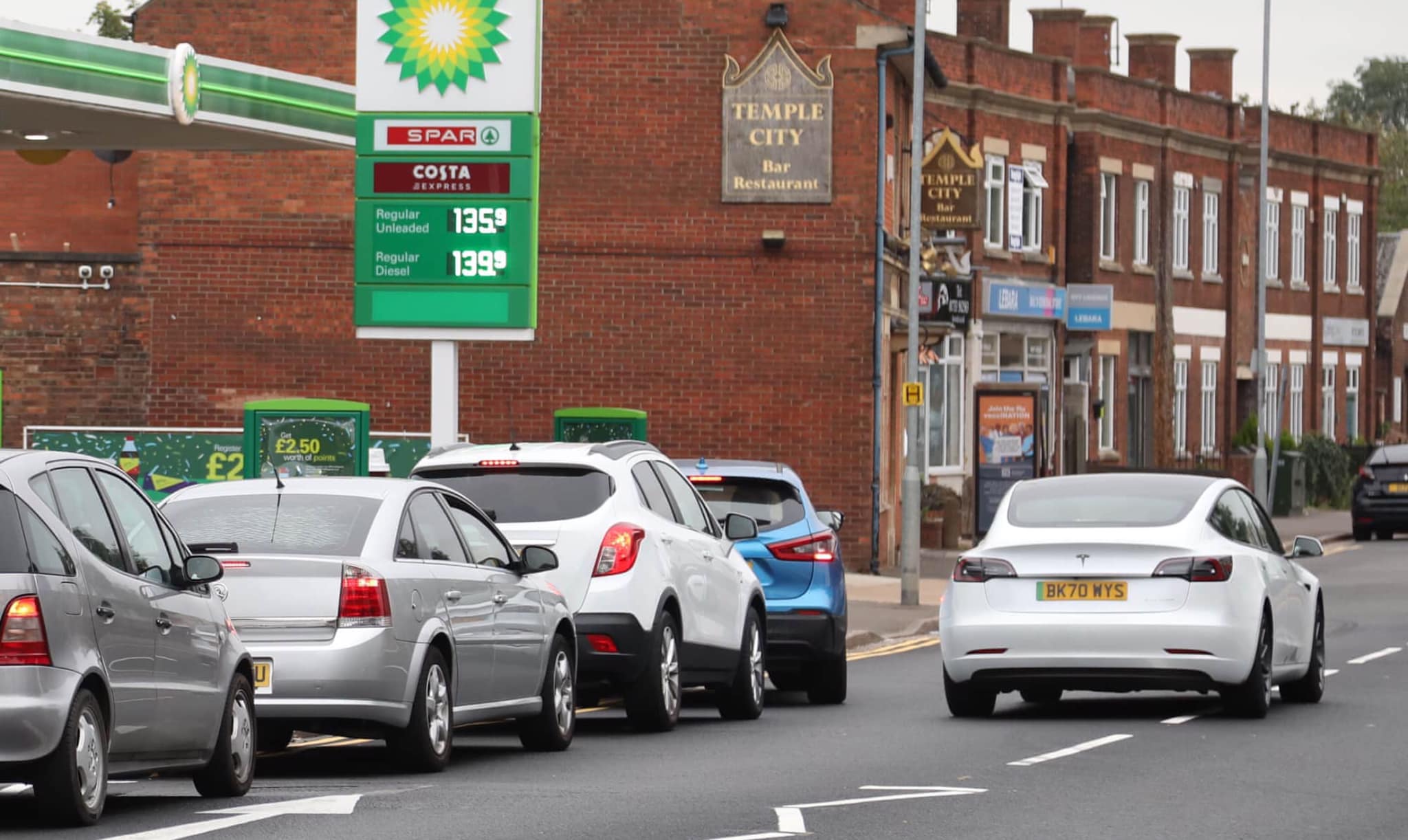 A Tesla Model 3 owner has received a considerable amount of flak online after posting a prank amidst the UK’s ongoing fuel crisis. The prank, which went viral on TikTok, was considered by many gas car owners to be in bad taste.

The Model 3 driver from Swansea, Wales filmed himself heading into a crowded gas station with a jerry can in hand. But after doing a double-take on the Model 3, the Tesla driver noted that he actually doesn’t need to fill up on gas anymore.

The short video got some decent traction on TikTok, getting over 1 million views and over 55,000 likes. It also got hundreds of comments, some of whom told the Tesla driver to “get off your high horse” and others stating that an “electricity crisis is next.” More aggravated comments noted that “if a Tesla driver is being an idiot, just unplug the charger because they left their car.”

That being said, the Model 3 driver noted that the video was nothing serious at all, especially since the Tesla is actually his wife’s car because “she’s the rich one.” The Tesla driver also remarked that he actually is a bit affected by the UK’s fuel crisis since he still needs gas for his bike. Overall, the Model 3 driver noted that his video was something random and not in any way intended to offend people.

“The video was randomly filmed when I was going to work. I saw a big queue at the shell station, and I just had to stop and make a video,” the Tesla driver told local media.

The ongoing fuel crisis in the UK is currently encouraging car owners to make the switch from fossil fuel-powered transportation to sustainable vehicles. This was reflected in recent statements from car dealers, who recently noted that there had been an influx of interest in EVs as the fuel crisis continued. Auto Trader Group Plc noted that it received inquiries for electric cars every 1.8 minutes over the weekend, about twice the average compared to the previous month.

Interestingly enough, British officials have stated that ports and refineries actually have plenty of fuel. It’s the lack of truck drivers that is currently causing the shortage. UK Prime Minister Boris Johnson has put British army troops on standby to work as truck drivers to transport fuel to gas stations if needed.