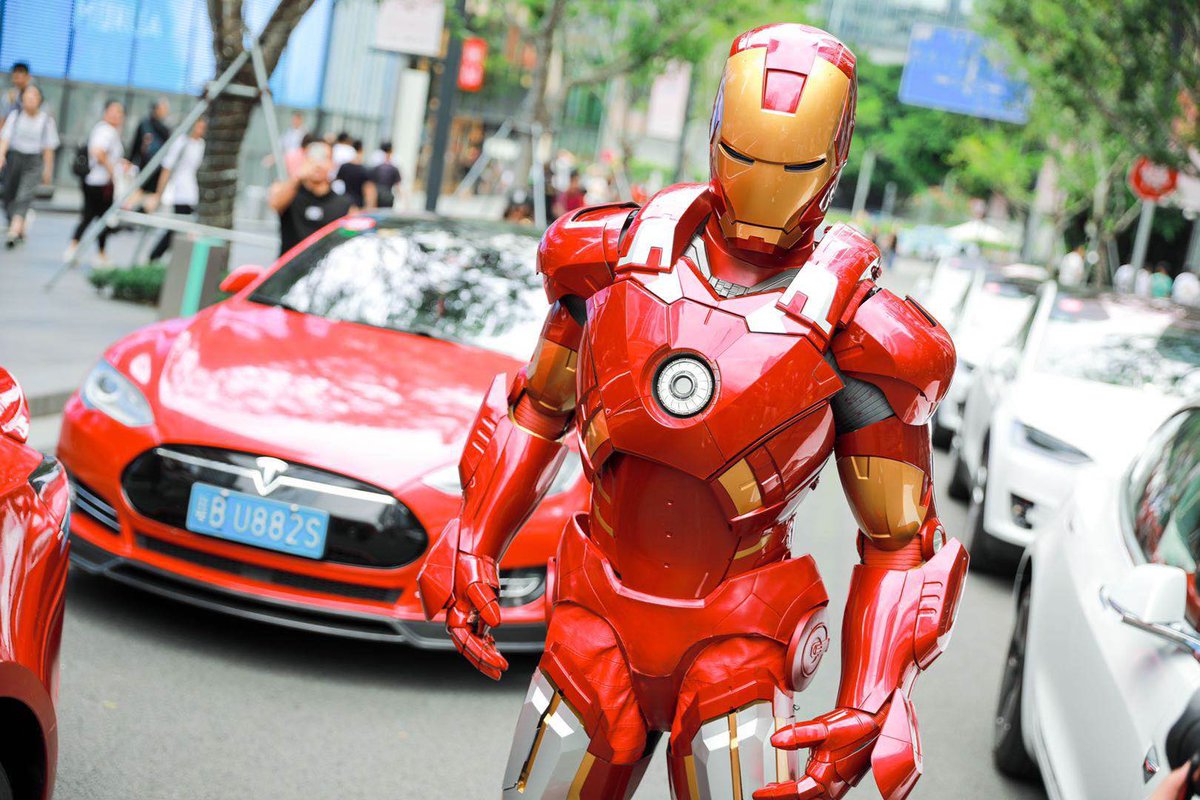 This weekend proved extra cool for Tesla fans in China, as the electric car maker was graced by an Iron Man cosplayer. Short teasers of the superhero’s appearance showed the cosplayer performing a routine in front of Tesla electric cars. Based on images taken of the visit, it appears that both passers-by and Tesla employees in China enjoyed the superhero’s appearance.

Tesla China’s utilization of the superhero is quite clever, in the way that Iron Man’s alter ego, billionaire-genius-philanthropist Tony Stark, is usually compared to CEO Elon Musk. Over the years, and as his ventures became more ambitious, Musk has been dubbed as the “Real Life Iron Man,” thanks to his similar billionaire-genius-philanthropist persona. Musk’s open love for comic books, his connection with Iron Man actor Robert Downey Jr., and his actual cameo in Marvel’s Iron Man 2 film, further established the Tesla CEO’s reputation as the real-life counterpart of the iconic superhero.

Also emerging from China recently were details on Tesla’s initial target output for Gigafactory 3. According to reports on Chinese social media, Gigafactory 3’s initial output is set at 3,000 units per week, later ramping to a production rate of 500,000 per year. Together with the target output of 7,000 Model 3 per week in the United States that was hinted at by a leaked Elon Musk email, Tesla’s production in China should help the company round out the electric sedan’s total production to around 10,000 per week.

Also notable from the recent reports in China is that Gigafactory 3 is reportedly producing vehicles for other regions such as India. This could prove to be a strategic move for Tesla, since Gigafactory 3 will only be producing affordable versions of the Model 3. By focusing on SR models, Tesla would be able to saturate China and enter other markets such as India with electric vehicles that are immediately competitive in price.

Tesla’s presence in China is about to receive a notable boost, thanks to the impending completion of Gigafactory 3 in Shanghai. The electric car production facility has been built in a lightning-quick manner, with some work in the facility now shifting inside the factory shell. Barring any unexpected delays, there is a good chance that Gigafactory 3 could start producing the Model 3 in China as early as September.