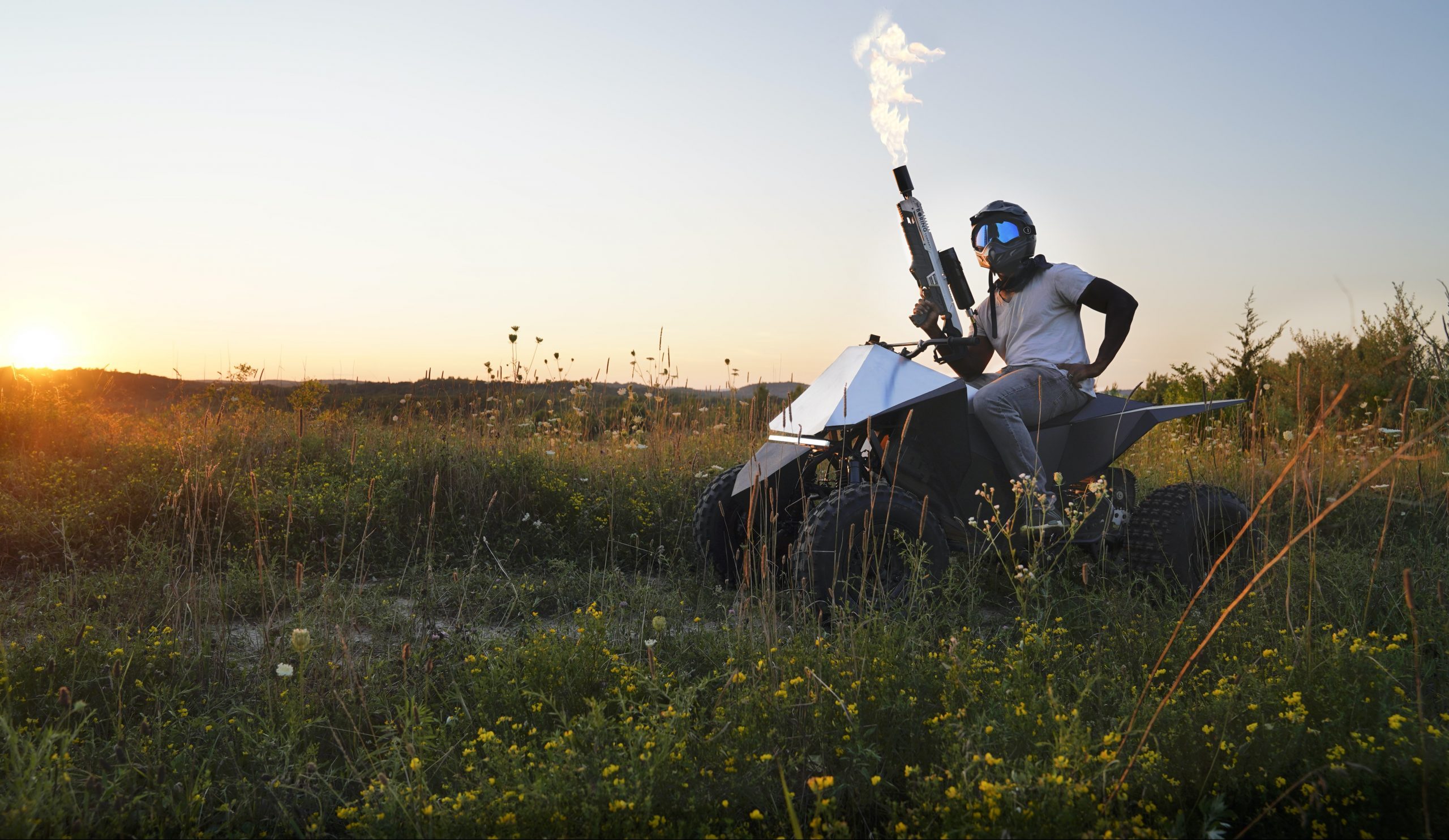 A Tesla Cyberquad replica from Rich Rebuilds has made its debut after hundreds of hours of effort, and its 102.5 MPH top speed is enough to turn heads of ATV enthusiasts everywhere.

When Tesla unveiled the Cybertruck in November 2019, a surprise came t when Elon Musk revealed that the company had also developed an ATV based on the look of the all-electric pickup. However, details about the Cyberquad have remained relatively sparse, and nobody has any idea when the four-wheeler could come to the market. Some are anxious to see the capabilities of the all-electric quad, so much so that they couldn’t wait.

One of the anxious parties was Rich Benoit of the widely-popular Rich Rebuilds YouTube channel. Benoit, along with the Department Head of Management for his team, Steven Salowsky, were two people who were so eager to see the Cyberquad that they took matters into their own hands. Rich and Steven built a Cyberquad replica using a Zero electric powertrain packed inside of a 2008 Yamaha Raptor 700.

The project all started with an idea to build an electric ATV, and the Cyberquad was not the original inspiration. Stemming from their work doing a 1932 Ford Model A conversion with a Zero Motorcycle powertrain, Rich and Steven decided to put a similar power plant in a quad. Then, Steven offered to design it to replicate the Tesla Cyberquad.

A simple origami fold-up of the Cyberquad on Steven’s part was the project’s first stage. He told Teslarati that one day he starting folding and cutting pieces of paper for the project, which eventually led to a cardboard mock-up of the Cyberquad. Then, Rich and Steven, who was said to be “The Franz of the Operation,” (based on Tesla Chief Designer, Franz von Holzhausen) made another mock-up out of ABS plastic. The two were ready to begin building the Cyberquad replica.

It started with buying a 2008 Yamaha Raptor 700, which the team purchased from a seller on the Facebook marketplace. Then, the powertrain that Rich and Steven used was one that was used by Zero, a manufacturer of electric motorcycles.

Steven also told Teslarati that it appears the real Cyberquad that Tesla showed in November also seems to use a Zero powertrain. The similarities between the look of the two ATVs appears to hint that Tesla could have used Zero’s powertrain as well. 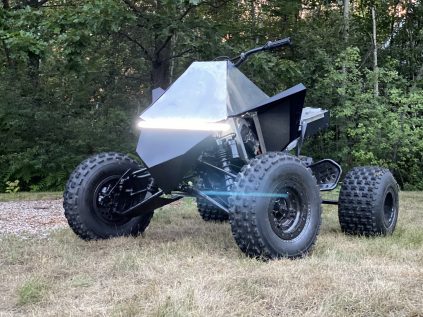 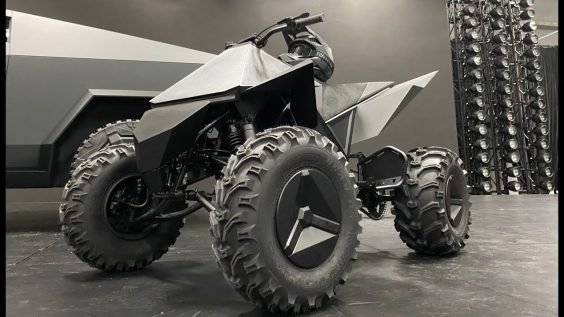 Then came the fun part, putting the whole thing together and testing it on the road. Rich had wired the bike up with its new Zero motor powertrain and welded the new drive unit to the rear, and Steven restructured a new aluminum trestle frame onto the existing quad frame, and then formed and cut the new body.

The performance improvements of the Cyberquad built by Rich and Steven were exponential due to the Zero electric powertrain. Because of the modifications made to the powertrain and fabrication, the ’08 Raptor went from 0-60 in 5.4 seconds and a top speed of 75 MPH, to a Cyberquad clone with a 3.98-second 0-60, and a 102.5 MPH maximum speed.

The project, before factoring in 300 hours of work from the two colleagues, was about $18,000, Steven told Teslarati. Although a long and tedious process, the pair did a great job in recreating the Cyberquad with the limited photos and videos of the all-electric ATV. With the accuracy of the design and the impressive performance of the Cyberquad replica, it will be interesting to see how it stacks up against the real thing when Tesla releases it.

Check out Rich Rebuild’s video on the Cyberquad project below, and let us know what you think about it in the comments!

Disclaimer: “You are hereby notified that the stunts and tricks displayed in this video are performed by professionals in controlled environments, such as closed-circuit road tracks. Do not attempt to duplicate, re-create, or perform the same or similar stunts and tricks at home, as personal injury or property damage may result.”