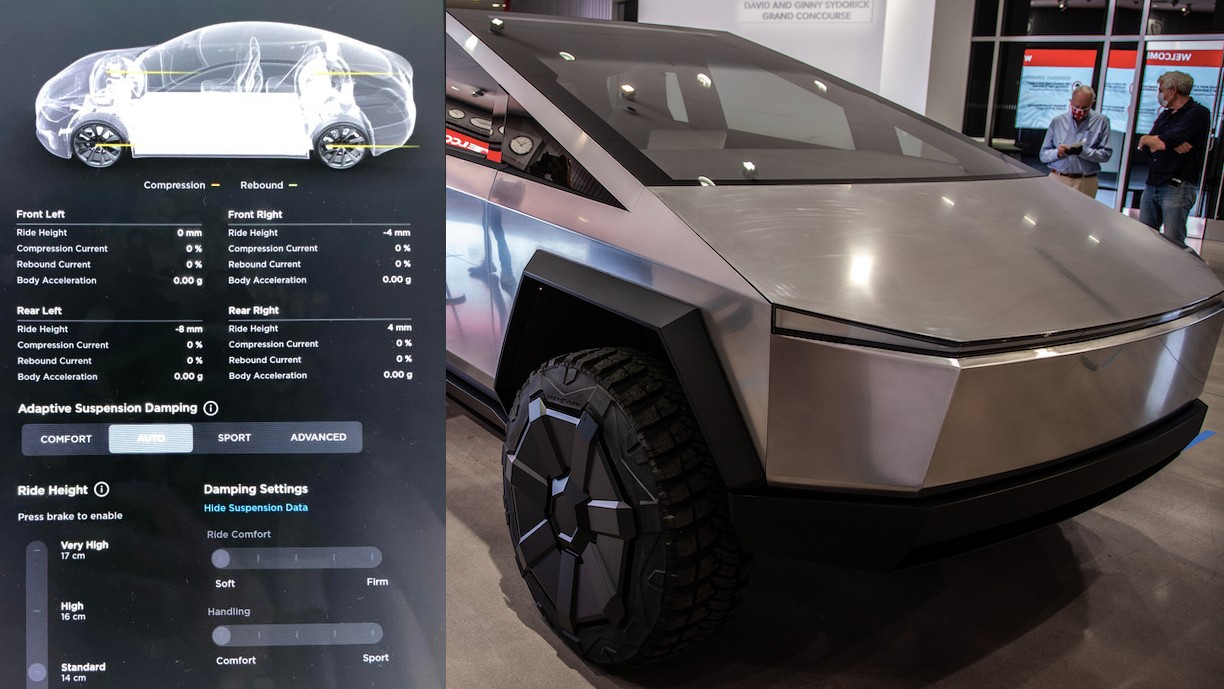 Tesla is currently rolling out version 2020.32.1 to its fleet, and among the improvements included in the update are new adaptive suspension settings and visualizations. The extensive details that Tesla included in its recent update seems to be a step towards the company’s eventual rollout of more advanced suspension features, such as those that Elon Musk previously announced for the Cybertruck.

“You can now see a real-time visualization of how the suspension system is dynamically adjusting each wheel’s damping to account for changing road conditions. Tap ‘Show Suspension Data’ to get even more real-time information. Adaptive Suspension Damping now has an ADVANCED setting that allows you to set custom levels of Ride Comfort and Handling in addition to the existing COMFORT, AUTO, and SPORT settings,” the company noted.

While such an update is undoubtedly cool and useful for owners, it is difficult to not see how the new suspension menu could be utilized by the company as a way to prepare for the eventual rollout of more advanced and intelligent functions. Tesla, after all, has several vehicles that would likely be equipped with a unique suspension system, such as the Plaid Model S and Model X, as well as the highly-anticipated Cybertruck.

Elon Musk has been pretty open about the Cybertruck’s unique suspension properties. The all-electric pickup is equipped with adaptive suspension, but it also has some unique tricks such as active ride height and active damping. In a tweet last February, Musk stated that such features will likely be “game-changing,” especially for trucks or “any car with a high max/min weight ratio.”

There are numerous benefits to such features. When used to carry cargo, for example, the Cybertruck would likely be able to make minor adjustments to its weight distribution by dynamically sensing the differences in front and rear weight. This, in turn, could allow the Cybertruck to optimize its efficiency even when it’s being put to work. The vehicle, after all, may look like a futuristic cyberpunk armored carrier, but it is constructed with real utility in mind. This is evident in the vehicle’s steel body and exoskeleton, both of which are incredibly durable and resistant to damage.