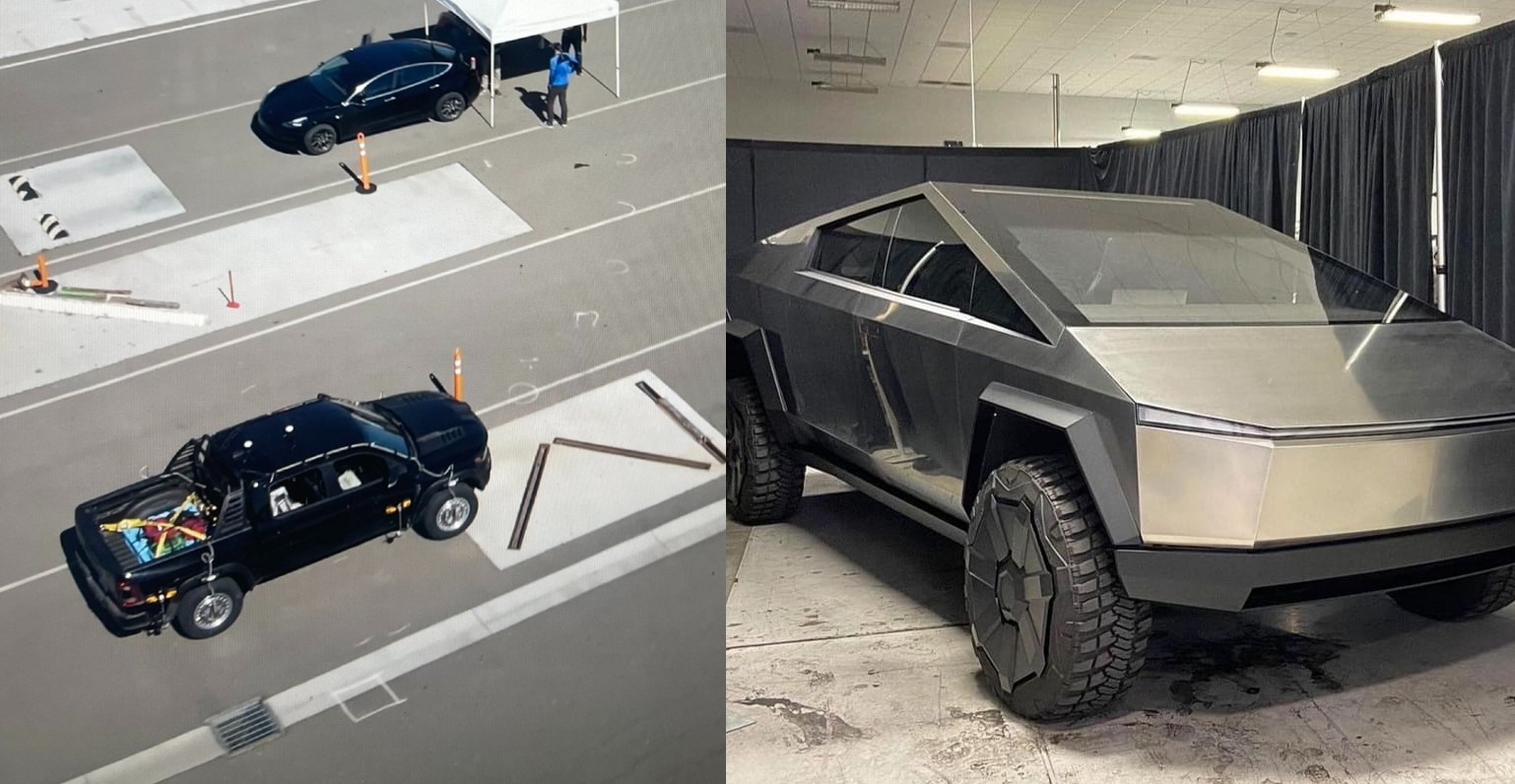 It appears that Tesla is conducting some benchmark testing on one of the world’s most aggressive and powerful pickup trucks today. Based on recent images and footage from the Fremont Factory, Tesla is putting what appears to be a RAM 1500 TRX through the paces at its test track, potentially as part of the Cybertruck’s development.

The images were captured by Tesla enthusiast and drone operator Gabeincal, who has been providing updates on the company’s Fremont facilities over the past year. During a recent flyover of the facility’s test track, the drone operator was able to locate a truck that looks very similar to the RAM 1500 TRX, arguably the best pickup in the market today. The pickup was on the test track with some Model 3s and a Model S.

$TSLA benchmarking the RAM TRX in Cybertruck development. This is smart as the TRX is as of now the best truck offered by a OEM. @elonmusk might be a few months late with Cybertruck but it wont be short. @RamTrucks pic.twitter.com/4qjAzteiik

While the RAM truck’s presence on the Fremont Factory’s test track has not been explained by Tesla, the presence of testing equipment fitted around the vehicle suggests that the EV maker may be conducting some benchmark testing as part of its Cybertruck development. Benchmark testing is an integral part of vehicle development, after all, as it enables a carmaker to tick off the boxes and ensure that its product is as competitive as possible.

Considering that Elon Musk has noted that the Cybertruck is designed to outdo the world’s best pickups, it makes sense for the company to benchmark the all-electric monster with the RAM 1500 TRX. The TRX arguably stands as the world’s most legitimate supertruck today — larger, more powerful, and faster than the king of performance pickups, the Ford F-150 Raptor. This was highlighted by RAM’s designers, who placed an Easter egg on the massive pickup’s airbox cover featuring a T-rex with a Velociraptor in its mouth.

Tesla’s apparent benchmark testing of the RAM 1500 TRX as part of its Cybertruck development bodes well for the all-electric pickup truck’s potential. The Cybertruck is designed to disrupt both pickups that are designed for serious work and those that are made to perform. There’s no better benchmark for the ultimate all-electric pickup truck than the best traditional pickup today.

The Tesla Cybertruck is expected to begin limited production sometime this year, which seems feasible considering that Gigafactory Texas’ buildout is progressing at an extremely rapid pace. Musk has noted that the first Cybertrucks may be built this year, with volume production of the all-electric pickup hitting its pace next year.

Watch Tesla’s apparent benchmarking activities on the RAM 1500 TRX at the Fremont Factory test track in the video below.