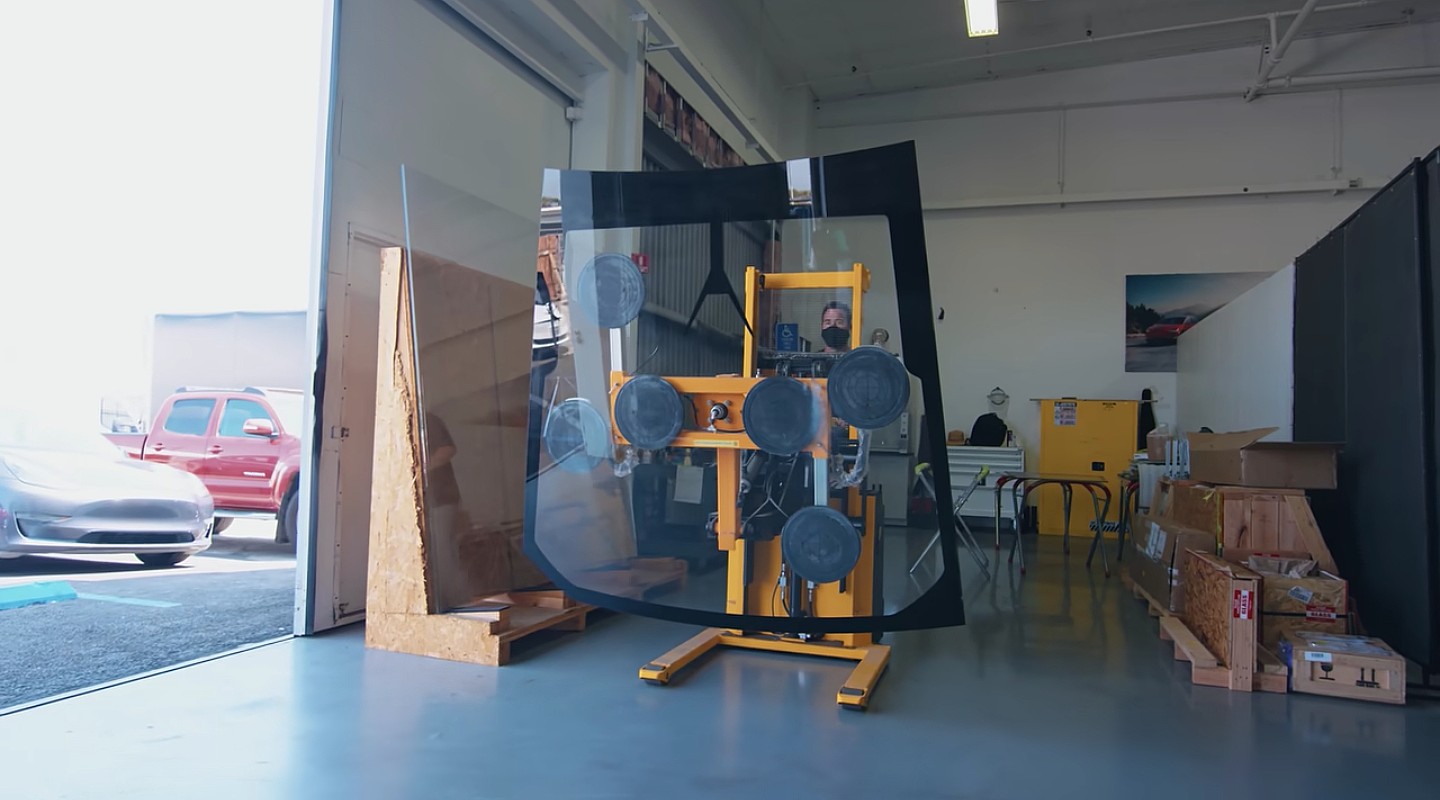 When Tesla unveiled the Cybertruck in late 2019, Elon Musk brought out a prototype of the vehicle that featured flat panels everywhere, from its thick steel body to its massive glass components. The truck’s windshield was a great example of this, as it was just a massive flat pane of thick glass designed to weather the worst that the road can offer.

The Tesla CEO has since teased a number of improvements coming to the all-electric pickup truck. While Musk stated that the production version of the Cybertruck would look very similar to the vehicle’s controversial prototype, he did state that some adjustments have been made to some of the pickup’s components and features, such as its door handles and steering system.

Interestingly enough, a patent application from Tesla published last month hinted at a couple of other updates that are coming to the all-electric pickup truck’s design. As per the patent and its specific illustrations, Tesla seems to be exploring the idea of using new glass-forming techniques to provide the Cybertruck with an updated windshield design — one that is not as flat as the glass used in the pickup’s prototype. The patent also hinted that Tesla is looking to use glass for the Cybertruck’s dashboard.

This updated windshield appears to have been revealed in a recent video from the company. Tesla’s official YouTube channel recently went live with a video explaining the innovations that go into the glass panels used in the company’s vehicles. And while most of the video seemed to be focused on the Model 3 and Model Y’s glass components, a brief section of the video featured Tesla workers moving a massive piece of glass that is not used in any of the company’s production vehicles today.

There are some advantages to Tesla not using a flat pane of glass for the Cybertruck’s windshield. A non-flat panel of glass generally takes damages better, as they do not cave in as easily when struck with road debris or other objects. Tesla’s updated windshield for the Cybertruck still looks quite similar to the glass panel used in the prototype too, so the aesthetics of the vehicle should be kept consistent despite its new glass components.

Watch Tesla’s video on its glass innovations below.