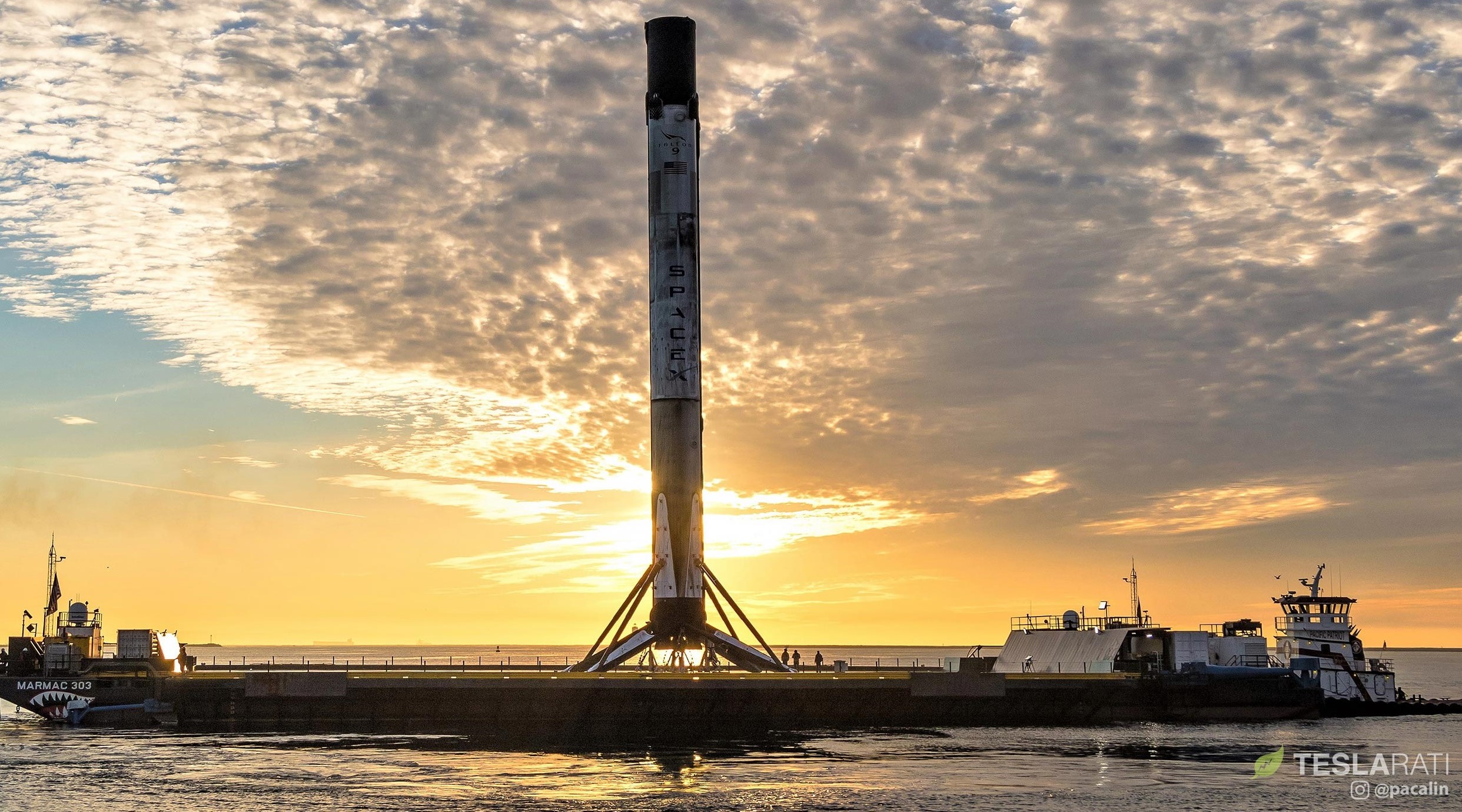 Pictured here in January 2019, Falcon 9 booster B1049 has returned to a California port for the second time ever. (Pauline Acalin)

For the first time in almost three years, a SpaceX Falcon 9 booster has returned to a California port after a successful West Coast launch and landing.

On September 16th, 2021, less than three days after successfully launching SpaceX’s first West Coast Starlink mission and helping orbit the first batch of 51 upgraded Starlink satellites with ‘space lasers,’ Falcon 9 booster B1049 sailed into the Port of Long Beach. Riding on drone ship Of Course I Still Love You (OCISLY), B1049’s arrival is the first time a SpaceX rocket has returned to a California port since January 2019 – 32 months ago.

If SpaceX’s Starlink V1.5 manufacturing is up to the task, though, there may never again be such a substantial gap between West Coast booster returns – or launches, for that matter.

In a coincidental and perhaps fitting bit of symmetry, it was actually Falcon 9 booster B1049 that last returned to Port of Los Angeles on January 13th, 2019 and then ended the almost three-year West Coast drone ship recovery hiatus on September 16th, 2021. In September 2018, almost exactly three years ago, B1049 – the fourth upgraded Block 5 booster built by SpaceX – launched for the first time.

Iridium-8 – SpaceX’s last West Coast drone ship recovery until this week – was the booster’s second mission. While not quite as spry as its newer siblings, B1049 nevertheless managed to support seven more orbital launches before it returned to Vandenberg Air (now Space) Force Base for flight #10 – becoming the second SpaceX booster ever to reach double digits in the process. Falcon 9 B1049 is now the oldest living booster in SpaceX’s fleet and has averaged one launch every 100 days over its storied three-year life.

Ultimately, SpaceX is expected to operate two or three Falcon boosters out of VAFB to support an average cadence of as many as 12 polar or semi-polar Starlink launches per year – hopefully beginning with Starlink 2-1 on September 13th. According to Spaceflight Now, SpaceX is also preparing to restart East Coast Starlink launches – likely to similar semi-polar orbits – as early as October. With any luck, SpaceX’s Starlink factory will be able to get back into its stride and ramp up V1.5 satellite production to match or exceed the ~120 V1.0 satellites it was recently building each month.

Stay tuned for updates on SpaceX’s next Starlink launch – both from the East Coast and West Coast.