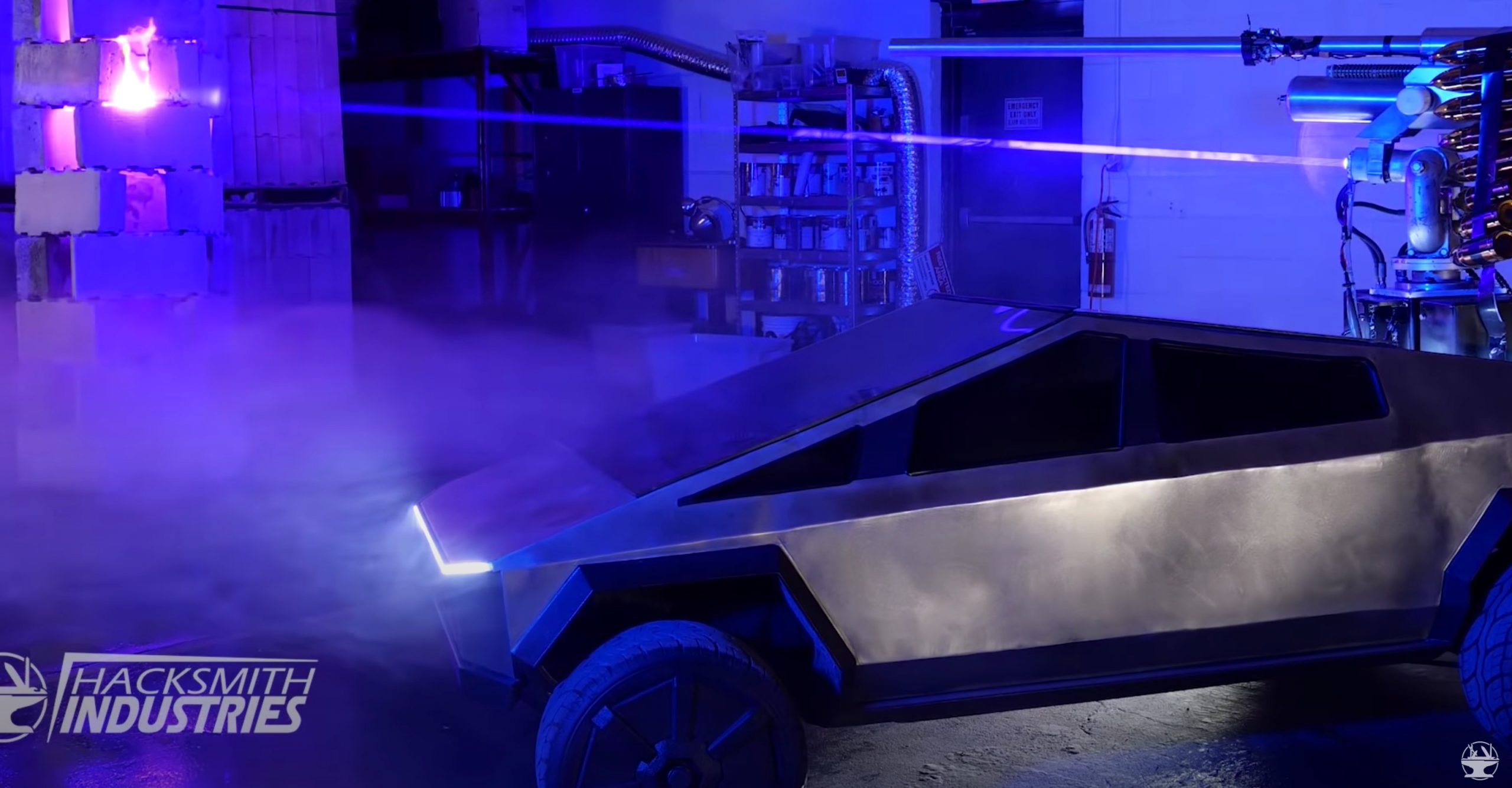 The Tesla Cybertruck is an extremely tough vehicle that’s quite literally designed to outlast the most durable vehicles in the market. Yet inasmuch as the Cybertruck is capable of performing real work, the vehicle in itself will likely be extensively used for recreation as well. Teslas, after all, are among the most fun things that are available for purchase, as per CEO Elon Musk.

In the spirit of fun, Eon Musk has provided some hints at some Cybertruck features that will make the all-electric pickup a truly fun vehicle to own. These include a ramp that would make it easier for owners to load bikes and ATVs, and, more recently, a heavy-duty paintball machine gun that’s mounted on the vehicle’s bed rails. Musk mentioned this feature when he was asked on Twitter if Tesla will produce a “Not-a-Railgun” for the all-electric pickup.

“What about a heavy duty, paintball machine gun mounted on the bed rails?” Musk wrote.

With such an accessory in place, the Cybertruck will undoubtedly look even more futuristic and post-apocalyptic. The Cybertruck’s XY design already looks futuristic and unashamedly cyberpunk, to begin with, but with a heavy-duty paintball machine gun at its back, it would definitely look even more of the part. Elon Musk has joked in the past that Tesla wants to be a leader in apocalypse tech, after all.

Prior to the release of the vehicle, CEO Elon Musk noted that the Cybertruck will look like an armored personnel carrier from the future. Musk also stated that the Cyberpunk vehicle will look like it came straight out of a movie set. Needless to say, all these teasers turned out to be true, as the Cybertruck effectively ended up shocking the automotive world when it was unveiled last year. Its XY design was unlike anything on the market, and its cold stainless steel exoskeleton really gave it a futuristic appearance.

This, of course, resulted in the Cybertruck receiving polarizing views from the automotive world. Musk, for his part, has noted that Tesla will simply make a more traditional pickup if the Cybertruck were to fail. Fortunately for Tesla, though, unofficial trackers of Cybertruck orders have estimated that the vehicle currently has over 900,000 reservations since it was unveiled. That’s not bad at all for a vehicle that features an unapologetically different design.