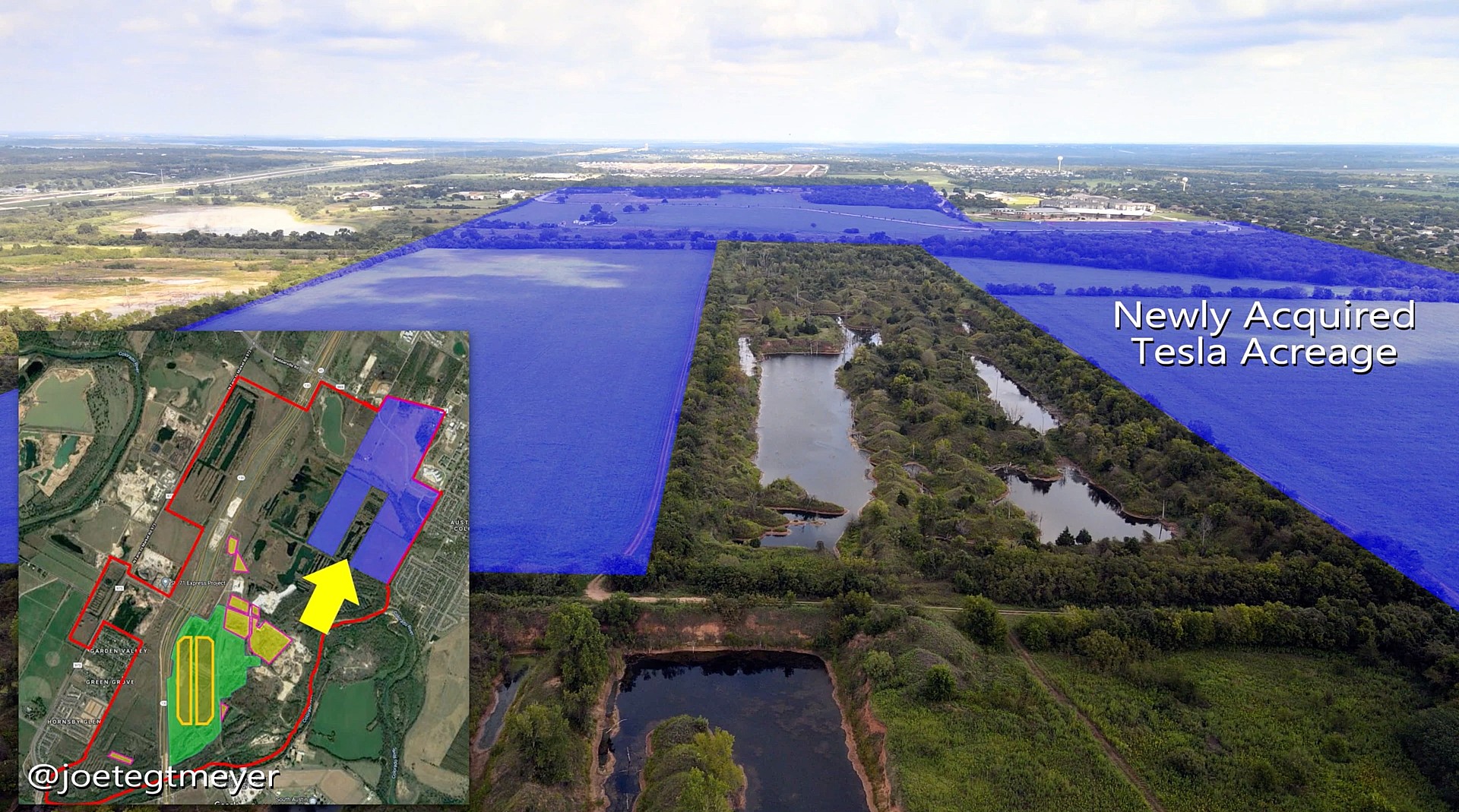 A recent report from market intelligence publisher Benchmark Mineral Intelligence has revealed that Tesla is poised to build a lithium hydroxide chemical plant in Texas. The lithium hydroxide refinery will reportedly be situated in Texas, and it will be used to feed the upcoming Cybertruck Gigafactory.

The spodumene conversion facility will be built adjacent to Gigafactory Texas, and based on Benchmark Minerals’ report, the facility has a target date of Q4 2022 for its start of operations. This is a notably aggressive timeframe for such a facility, though it is something distinctly Tesla. Ultimately, the lithium hydroxide refinery will add to Tesla’s plans to set up a cathode facility in Texas, which Elon Musk has described as part of the electric car maker’s cell production plan.

The upcoming conversion/refining plant will turn hard rock spodumene ore into lithium hydroxide, which is used directly in battery cells. It should be noted that prior to Tesla’s battery efforts, this process has traditionally been performed in China using spodumene that’s sourced from Australia. In its report, Benchmark Minerals noted that Tesla will be using a hydrometallurgical process to turn its spodumene ore into lithium hydroxide, effectively eliminating the use of sulphuric acid. This process, however, remains untested in the commercial scale.

Interestingly enough, a recent announcement from Australian mining firm Piedmont Lithium has revealed that Tesla has signed a five-year deal to acquire spodumene from a mine in North Carolina. In its press release, Piedmont noted that its Tesla deal represents about one-third of the expected 160,000 tonnes per annum that’s expected to be produced at its North Carolina mine. This deal will likely supply Tesla with 8,000 tonnes of lithium hydroxide a year, starting between July 2022 and July 2023.

In its report, Benchmark stated that the Piedmont Lithium deal will likely account for just over half of Tesla’s battery needs for Gigafactory Texas in 2023, the first estimated full production year of the electric car maker’s 4680 cells. With this in mind, Tesla would still need to secure more spodumene supply beyond Piedmont Lithium’s capabilities, especially if the company intends to fully ramp its battery cell production capabilities. Benchmark Mineral Intelligence Managing Director Simon Moores, for his part, highlighted the significance of Tesla’s battery production push.

“Lithium’s foundations for the 21st century are beginning to shift in what is a China-dominated part of the lithium-ion battery and electric vehicle supply chain. Tesla is the first automotive OEM to enter lithium production – a watershed moment. And it does so without having to mine lithium from the ground. Not only will it allow Tesla to control costs at this supply chain step, it will once again see the spodumene trade flows point towards the USA instead of China, a market that has dominated spodumene conversion for a generation through majors such as Tianqi and Ganfeng Lithium.

“It will also significantly bolster its negotiating power on its future lithium hydroxide contracts once it harnesses the ability to produce a consistent battery ready lithium hydroxide and scales capacity. Tesla has clearly come to the realization that it cannot rely on the upstream of the supply chain or investors to expand quickly enough for its needs. It has now taken some of that responsibility away from the miners and chemical producers and once Tesla gets to grips with the lithium refining process, scale will be introduced and we expect that post-2022 ramp to be rapid,” he said.

“With Tesla entering the upstream of the lithium-ion battery supply chain at the conversion stage the company does not have to become a lithium miner, a skill-set and company culture that is entirely different to creating chemically refined materials. Controlling the lithium conversion from the raw material – spodumene concentrate – means they can not only reduce the cost but also control the quality of the lithium hydroxide output more closely.

“This is additional evidence that lithium will remain a specialty chemical that is tied to and tailored for the needs of the end-users, rather than a commodity. In addition, Tesla’s efforts to move upstream will likely be replicated by other auto manufacturers, and in other areas of the supply chain. Having control of advanced material costs into the EV supply chain is an increasingly important factor in lowering battery prices,” he said.