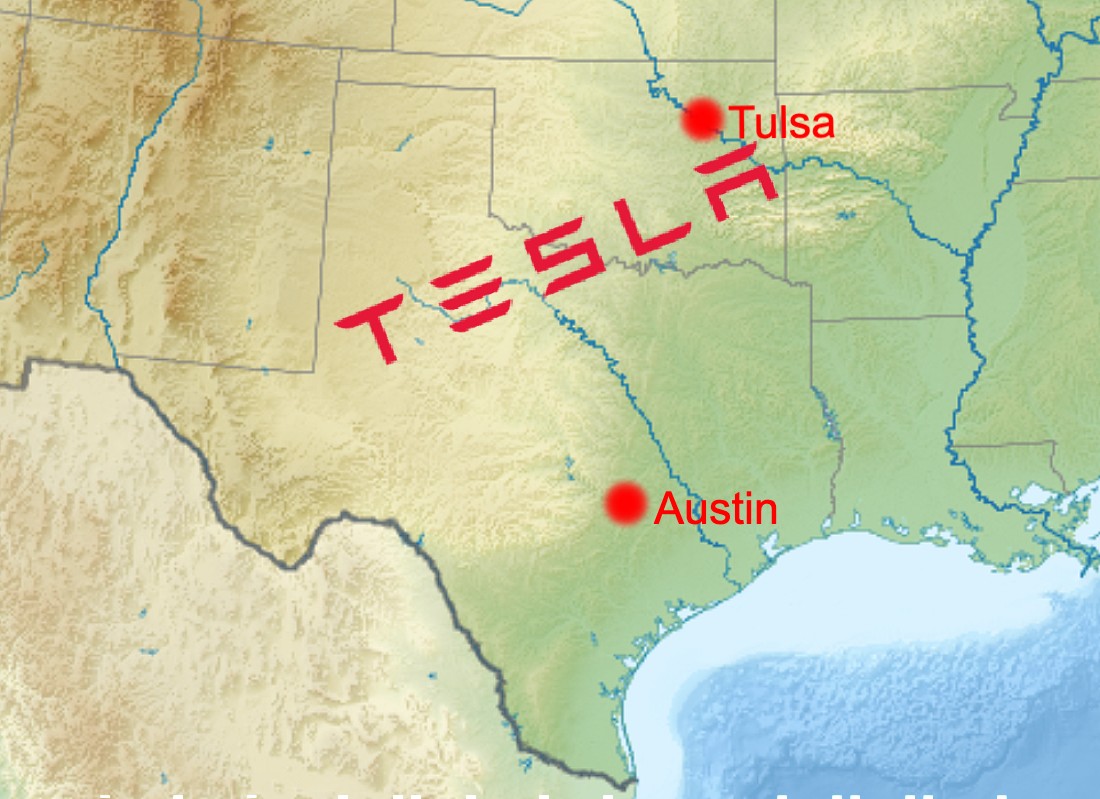 Tesla has its heart set on Texas for upcoming Cybertruck Terafactory

Tesla will likely select Austin, Texas as the location for its next Cybertruck Gigafactory, but that doesn’t mean they’ll turn down offers from other regions that are vying for their attention, including Tulsa, Oklahoma.

First reported by Electrek, and later confirmed by Teslarati with multiple sources, Texas is the forerunner to become home to the company’s next US factory.

The Elon Musk-led electric carmaker has been scouting for land in the outskirts of Austin and in nearby Taylor, roughly 30 miles northeast of the city, since earlier this year. While there have been no property sale records that link back to Tesla or an entity related to the company, sources tell Teslarati that the company is considering the acquisition of several large parcels of land near the industrial zones in Taylor.

Indicators that Tesla was considering Texas as the site for its next US-based Gigafactory grew stronger in February when CEO Elon Musk tweeted a poll that teased the question, “Giga Texas?”

Musk would later confirm, in March, the company’s desire for a Cybertruck Gigafactory that will be located closer to the east coast than California.

And last week, the company held talks with politicians in the Lone Star State, as confirmed by Texas Governor Greg Abbott.

“It’s true,” Abbott said over Twitter. “Texas is a perfect fit for Tesla.”

“I’ve had the opportunity to talk to Elon Musk, and he’s genuinely interested in Texas and genuinely frustrated with California. We’ve just got to wait and see how things play out,” the Texas Governor said in an interview with a local television station.

Other cities in Texas, like Fort Worth and Houston, have also welcomed Tesla by making suggestions to bring car manufacturing into their region. Houston stated that Musk could consolidate Tesla and SpaceX operations in its city, according to Mayor Sylvester Turner.

“As we continue our industrial evolution, I invite you to play a leading role in our story. As the only market that can immediately meet the production needs of Tesla and SpaceX, Houston provides a single solution for your operations,” Turner wrote. “Houston offers a broad innovative ecosystem in which industries coverage to solve the world’s greatest challenges in energy, manufacturing, logistics, and space.”

.@elonmusk Houston offers the #CompleteSolution to consolidate @Tesla and @SpaceX operations in one region. Join a city of innovators working to make the world better—just like you. #youbELONginHOU #HOUxTESLA

While all indicators point to Austin, Texas as being the site for the company’s Cybertruck Gigafactory, a source tells Teslarati that the company is also considering another central U.S. location that’s 450 miles north of Austin: Tusla, Oklahoma.

“Oklahoma is a wonderful place to do business. We’ve got a low tax base, a low cost of living, great incentives and services, and plenty of space to build a manufacturing headquarters and house all of your people,” Martinez said.

Texas appears to be the favorite in the race to become home to Tesla’s next US factory, however, the largely rural areas of Tulsa is also being considered as a region for its manufacturing facility. By having Tulsa in the conversation, along with other states that continue to court the company, Tesla can only benefit through increased leverage in its negotiations for local incentives.

With economic activity taking a massive blow in the face of the ever-changing pandemic, local governments need the economic boom that a Tesla Gigafactory can otherwise spark for the region.

And with Musk at the helm, who’s no stranger to walking the cashflow tightrope and striking at a good deal when it presents itself, rest assured that there’s going to be plenty of FOMO among state politicians before Tesla ultimately picks Texas.

Tesla has its heart set on Texas for upcoming Cybertruck Terafactory