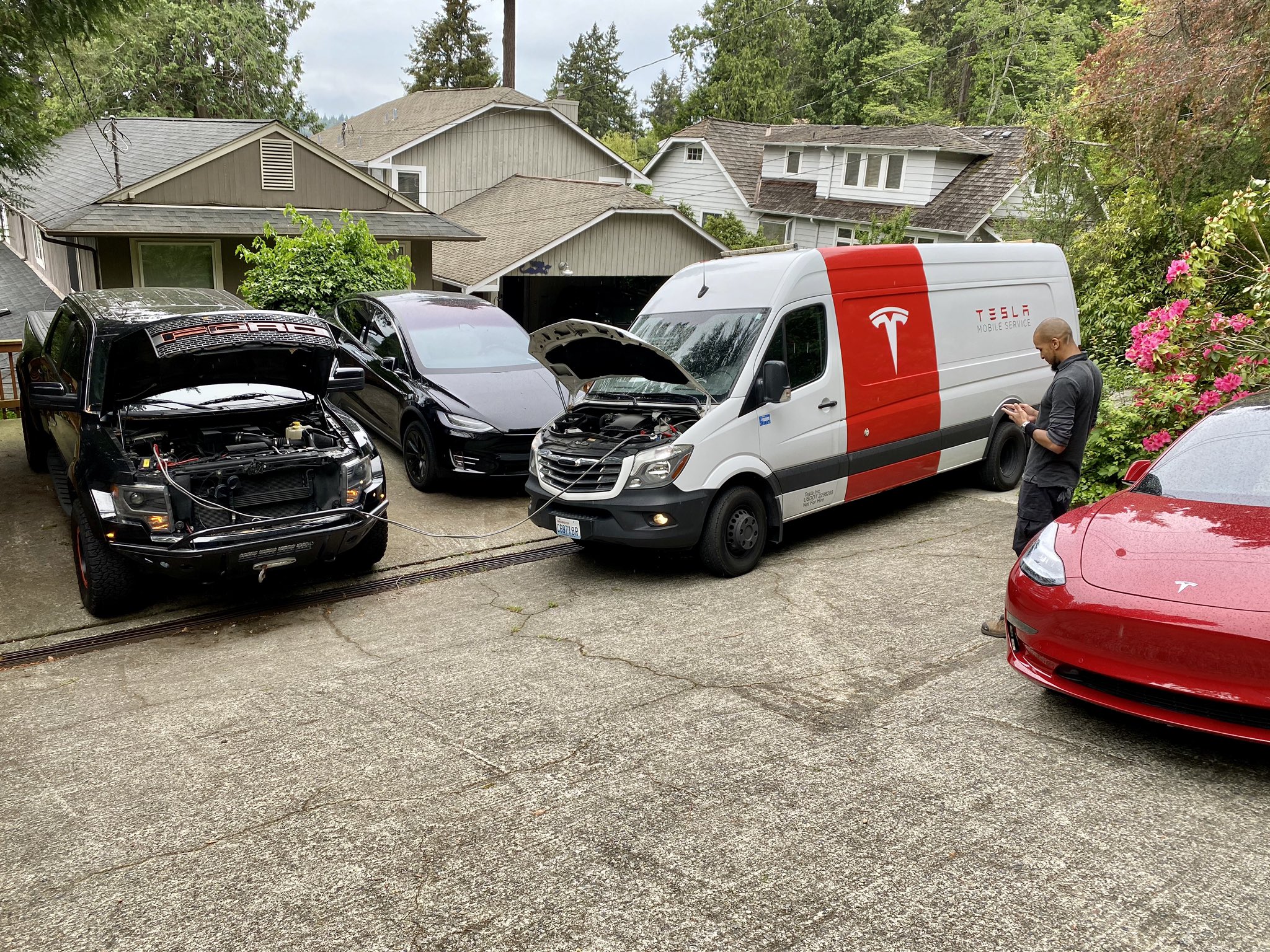 Tesla’s service centers may be a tricky topic for numerous electric vehicle owners today, but there’s very little doubt that the company’s mobile technicians offer a lot of convenience. Mobile service appointments are known among the Tesla community to be efficient and convenient, with tasks such as Hardware 3 upgrades being completed in the same day.

As it turns out, some of Tesla’s mobile service technicians also go the extra mile when attending to their respective appointments. One such instance was experienced recently by Swapcard General Manager Matthew Donegan-Ryan, who set an appointment with a Tesla mobile tech to change one of his Model 3’s tires.

Donegan-Ryan is an avid electric vehicle enthusiast, owning a Model 3 and a Model X. In a series of tweets, the Swapcard executive stated that he usually drives his Teslas, but there are still situations where his driving needs warrant a pickup truck. This is why he still owns a Ford F-150 Raptor, which he eventually plans to replace with a Tesla Cybertruck when the all-electric pickup gets released.

Current situations have resulted in Donegan-Ryan’s Ford F-150 Raptor not being used for a long time. This ended up causing the massive vehicle’s battery dying completely. Fortunately for the Swapcard executive, the Tesla service technician who went over to his home was willing to go the extra mile.

The Tesla owner’s home was already challenging enough to reach, since it stood at the end of a steep driveway. This proved to be no problem for the Tesla mobile service staff, who navigated the tricky path to fix the Model 3 tire. After completing the task, the service tech decided to jumpstart the Ford F-150 Raptor’s dead battery as well, fixing two of the Tesla owner’s vehicles at once.

Images from the appointment show that the Tesla mobile service staff driving a gas-powered van. Tesla still uses these vehicles for now, though Elon Musk has stated that the company is looking to use more and more electric vehicles in its service fleet. This could very well ramp when Tesla releases the Cybertruck, a vehicle that’s designed for tough environments and work.

With Tesla’s ever growing fleet, the importance of mobile service is growing. After all, mobile technicians offer a lot of flexibility, and the service they provide is extremely convenient. Hopefully, Tesla’s ramp of its mobile tech fleet accelerates, especially considering the positive reception they have received from the electric vehicle community.