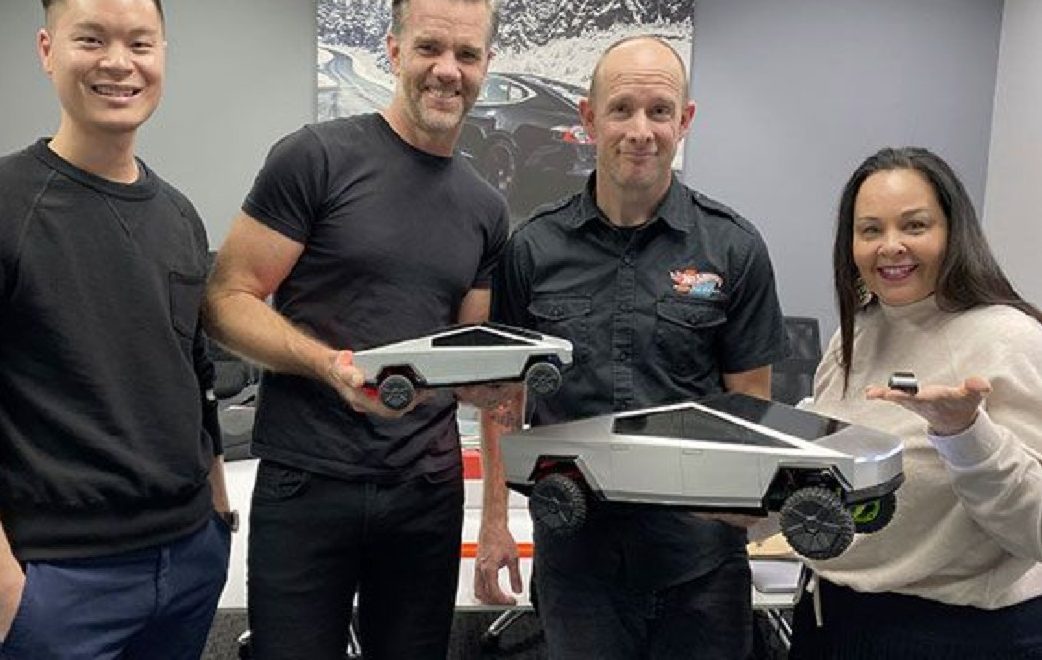 The Tesla Cybertruck will be Hot Wheels’ newest remote-controlled creation. Designed in partnership with Tesla, Hot Wheels’  parent company Mattel has announced that they will produce the Cybertruck in a smaller 1:64 scale and large 1:10 scale and taking preorders for a December 2020 ship date – just in time for the holidays. 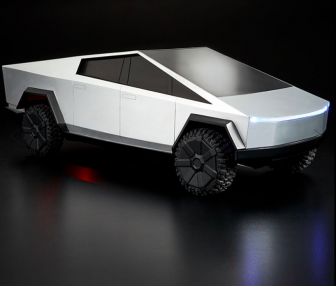 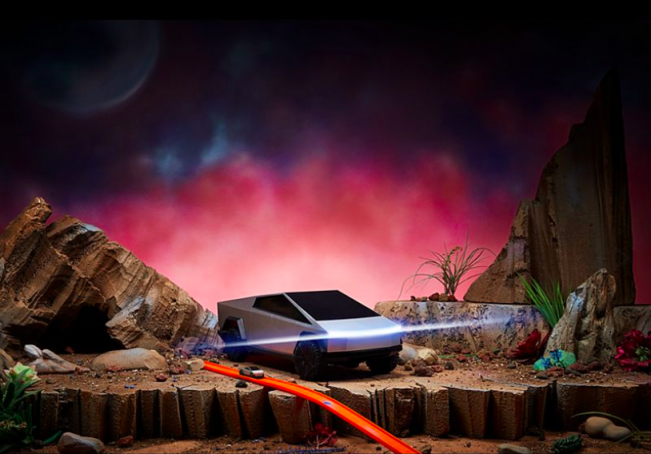 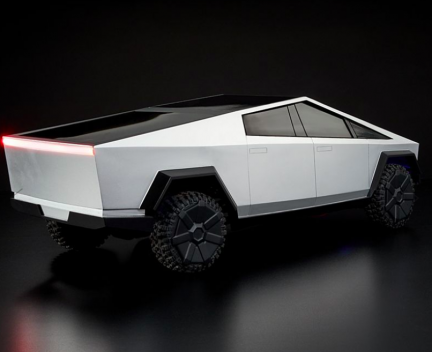 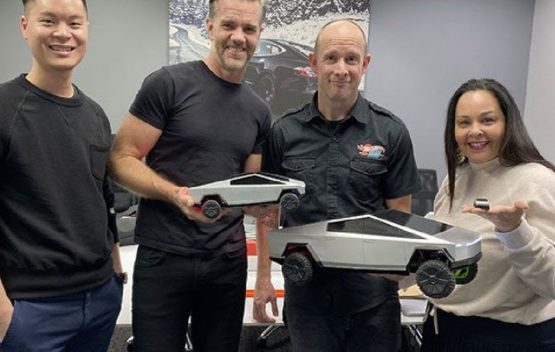 The 1:64 scale model RC version of the truck will have 20 minutes of drive time before needing a charge, while the larger 1:10 scale Tesla Cybertruck will offer an additional 10 minutes of playtime. The truck bed rolls off into a loading ramp, just like it did at the unveiling ceremony. But don’t get too excited, because Hot Wheels has not included the Tesla ATV with the RC Cybertruck.

Both RC models will be outfitted with the actual vehicle’s headlights and taillights. A piece of the plastic chassis is also removable for those who want to take a peek at the Cybertruck’s unique interior that includes a recycled paper dashboard. This feature gives owners a realistic, but slightly smaller, feel of what it is like to have the most talked-about pickup truck in years.

When Tesla CEO Elon Musk unveiled the Cybertruck in November 2019, he was starting a revolution in some ways. Nobody had ever seen a truck like this in the real world and perhaps no other automaker even thought about making a truck that looks like the Cybertruck does. The gamble inevitably paid off for Musk and Tesla. A quarter-million confirmed pre-orders later (and probably way more now), and the Cybertruck’s Blade Runner design has become the inspiration for a variety of different things.

Vice President of Design for Hot Wheels Ted Wu said, “We think for a Tesla fanatic this would be perfect.” And it is. The detail and effort Mattel and Hot Wheels put into the design of the RC Cybertruck is sure to turn some heads. Some of those who don’t have the resources to purchase the actual truck have the opportunity to bring a little bit of Tesla into their household.

Wu added that the 1:10 scale Cybertruck will be available for purchase in “extremely limited” quantities. So if your taste is big, but not quite big enough for the real thing, pre-orders are already being accepted and the RC Cybertruck will begin arriving at your doorstep in November. If you can’t put a Cybertruck in your garage, one under the Christmas tree might be the next best thing.