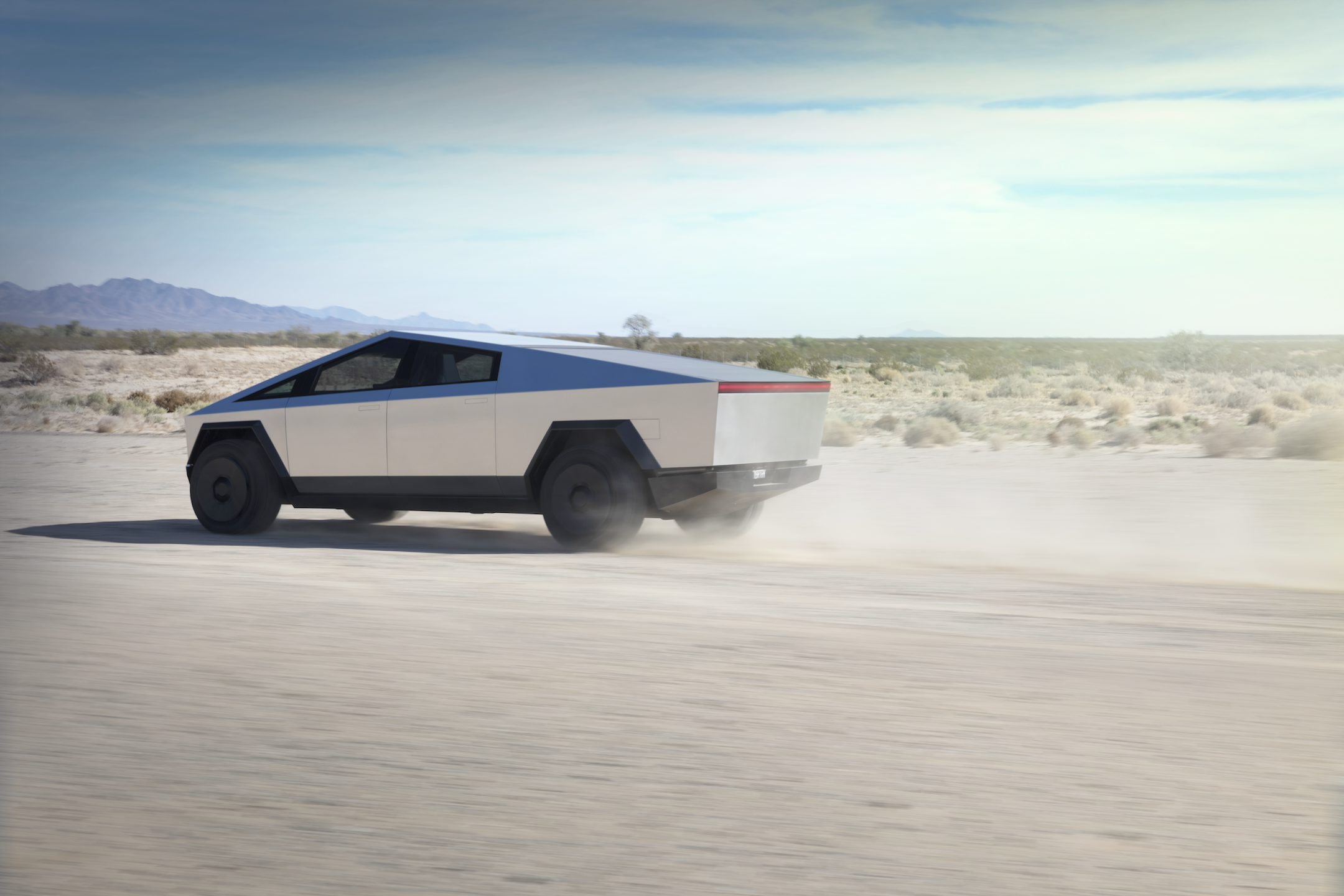 Tesla’s Cybertruck has caught the world’s attention due to its polarizing design. While it is undeniably futuristic, the vehicle’s design is so much different from every other pickup truck on the market that it is proving to be an acquired taste. Despite this, support for the vehicle is spreading quickly. This has been teased by statements from several walks of life, from law enforcement members to titans of the gaming industry, to one of the most recognized icons in the world of sports entertainment today.

When Tesla CEO Elon Musk unveiled the Cybertruck on November 21 in Los Angeles, he said it was made to be tough. The company moved the mass of the vehicle to the outside, recognizing this design as an “exoskeleton” that will make the truck durable and long-lasting. This idea was displayed through a demonstration involving a sledgehammer and the truck’s door.

Tesla designer Franz von Holzhausen slammed the driver’s side door with the sledgehammer multiple times without doing any sort of cosmetic damage to the truck. The Cybertruck’s tough design does not fit the traditional age-old stereotype of electric vehicles being weak and underpowered — an idea that many non-electric car enthusiasts hold onto.

The unusual design choice Tesla chose for its first pickup truck, while polarizing and unusual, caught the attention of many people, including Kansas Highway Patrol member Ben Gardner, who stated he was interested in using the Cybertruck while on duty. Trooper Ben, as he is known as on Twitter, started the speculation when he tweeted “Hear me out…. #Cybertruck patrol vehicle?! #SignMeUp.” This tweet was met with renderings from a designer named Daniel Scott, who provided a render of the Cybertruck as a police vehicle.

Tesla vehicles have been utilized by some police forces in the United States, including a Model S for the Fremont PD near the Tesla factory in California, and a Model 3 in Bargersville, Indiana.

Another prominent figure from another industry has requested a Cybertruck design from Elon Musk. Min-Liang Tan, CEO of Razer, a gaming hardware manufacturing company, has requested a Cybertruck themed with his company’s logo and color scheme. Tan tweeted the Tesla CEO on November 25, sending a pretty slick-looking render of the black and green Razer themed Cybertruck, along with a question regarding Tesla’s status in his home country of Singapore.

.@elonmusk can I get a custom Cybertruck in @Razer colors? Also, what's going on with getting a @Tesla in Singapore! Am still waiting on it! Pic Credit: Mike G pic.twitter.com/6L5U9jfw1E

Tan’s proposed design for his custom Cybertruck even caught the attention of Musk, who liked the tweet.

Finally, one of the biggest sports icons in the world today has complimented and requested a pre-order of the Cybertruck. Ultimate Fighting Championship (UFC) superstar Conor McGregor tweeted Musk following the CEO’s announcement of 200,000 Cybertruck pre-orders. McGregor, who is known throughout the world as “The Notorious,” is known for his flashy clothing and cars. The man who regularly sports designer threads and some of the fastest sports cars in the world focused on the impressive pre-orders the truck has received. But McGregor did not stop there, as he also requested a couple of Boring Company flamethrowers in the process, too.

The man who is the first fighter in UFC history to hold championship belts at two separate weight classes is known for his flashy style both inside and outside of the Octagon, McGregor is a longtime follower of Musk on Twitter. Perhaps he is looking to add some high-performance, electric-powered vehicles to his fleet of automobiles.

Kansas Highway Patrol, the Razer CEO, and the MMA fighter are but the tip of the iceberg for notable personalities who are starting to warm up to the Tesla’s polarizing pickup truck. YouTube superstars, musicians, and social media influencers have also publicly stated that they have posted reservations for the vehicle.

As the Cybertruck nears the quarter-million pre-order mark, the truck’s unique shape and design have obviously won many people over. It seems that the Cybertruck is becoming the “cool” truck of the next decade, a truck that some of the toughest, most bleeding-edge people in the world have their sights set on. The boldness of Tesla to release the truck has caught the attention of leading figures in their respective fields, making it one of the most talked-about vehicles today.