The Cybertruck is Tesla’s perfect answer to the Lucid Air

Lucid hosted an impressive unveiling event of the Air on September 9th, showing the vehicle’s four different configurations and the remarkable performance specifications of the Dream Edition. With 517 miles of range and some of the fastest acceleration rates ever seen on an electric vehicle, the EV community widely speculated on how Tesla would manage to compete with Lucid’s newly-introduced technology and speed, and the Cybertruck seems to fit the bill.

The Cybertruck from Tesla would match Lucid’s range and performance specifications, while also offering versatility for tasks such as construction and camping. The Lucid Air Dream Edition also doesn’t have something that the Cybertruck does: affordability.

The consumer base of the two vehicles will likely be vastly different. The Cybertruck’s affordability across its three variants will prove to be a bigger seller, especially considering the truck has an estimated 500,000+ pre-orders ahead of its planned initial production phase.

Lucid will attract luxury car buyers across all of their variants for the Air. Its high-quality interior, executive rear seats, high-tech features, and sleek sedan design all make for a perfect car for those who are willing to spend a little extra.

But the Cybertruck’s tech shows one thing, and it is the fact that Tesla is capable of competing with Lucid in terms of range and performance.

On top of that, Tesla’s timeframe for the production of the Cybertruck was moved up to May 2021, which is around the same time that Lucid plans to begin deliveries of the Air’s Dream Edition.

A few months ago, Teslarati reported that Elon Musk has a tendency to announce big developments as other automakers are gaining momentum. When Nikola started to see traction with its Semi trucks, Musk announced that the Tesla Semi would begin “volume production” in a timely fashion. 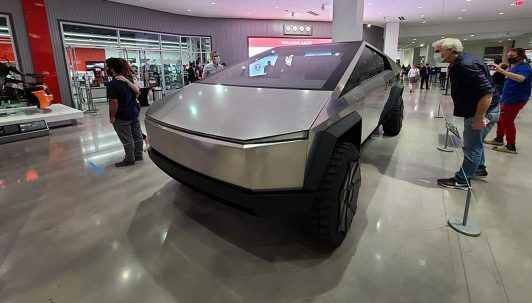 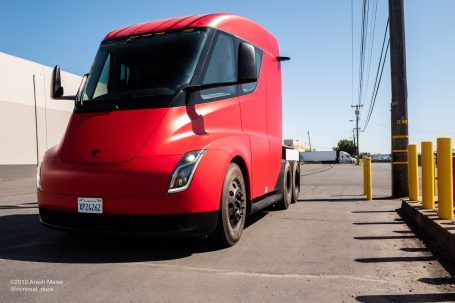 The Cybertruck also pulled wind from the sails of Rivian, who had planned to introduce the first fully-electric pickup to the market with the R1T. However, the Cybertruck took over a massive amount of the appeal because of its unique design and sci-fi event, which captured the attention of millions.

In the grand scheme of things, Tesla has the Cybertruck, and it plans to offer it in the U.S. market where the pickup is widely popular. It is more affordable, offers impressive range ratings that are comparable with the Air, and has excellent performance. It is sure to capture a broad consumer group because of its specifications.

Meanwhile, the Air will appeal to luxury sedan buyers, who are not necessarily worried about performance. These buyers look for exclusivity, brand prestige, build quality, and a high-end consumer experience, according to Limelight. Lucid will be able to offer all of these things apart from prestige, simply because of its startup label. However, electromobility will appeal to some high-end car buyers, and the Air could be the answer to those needs.

Although the Cybertruck and Air are two different cars completely, Tesla is proving outright that it is capable of creating a truck that has versatility and a useful platform, while offering comparable performance and range specifications for significantly less money.

The Cybertruck is Tesla’s perfect answer to the Lucid Air