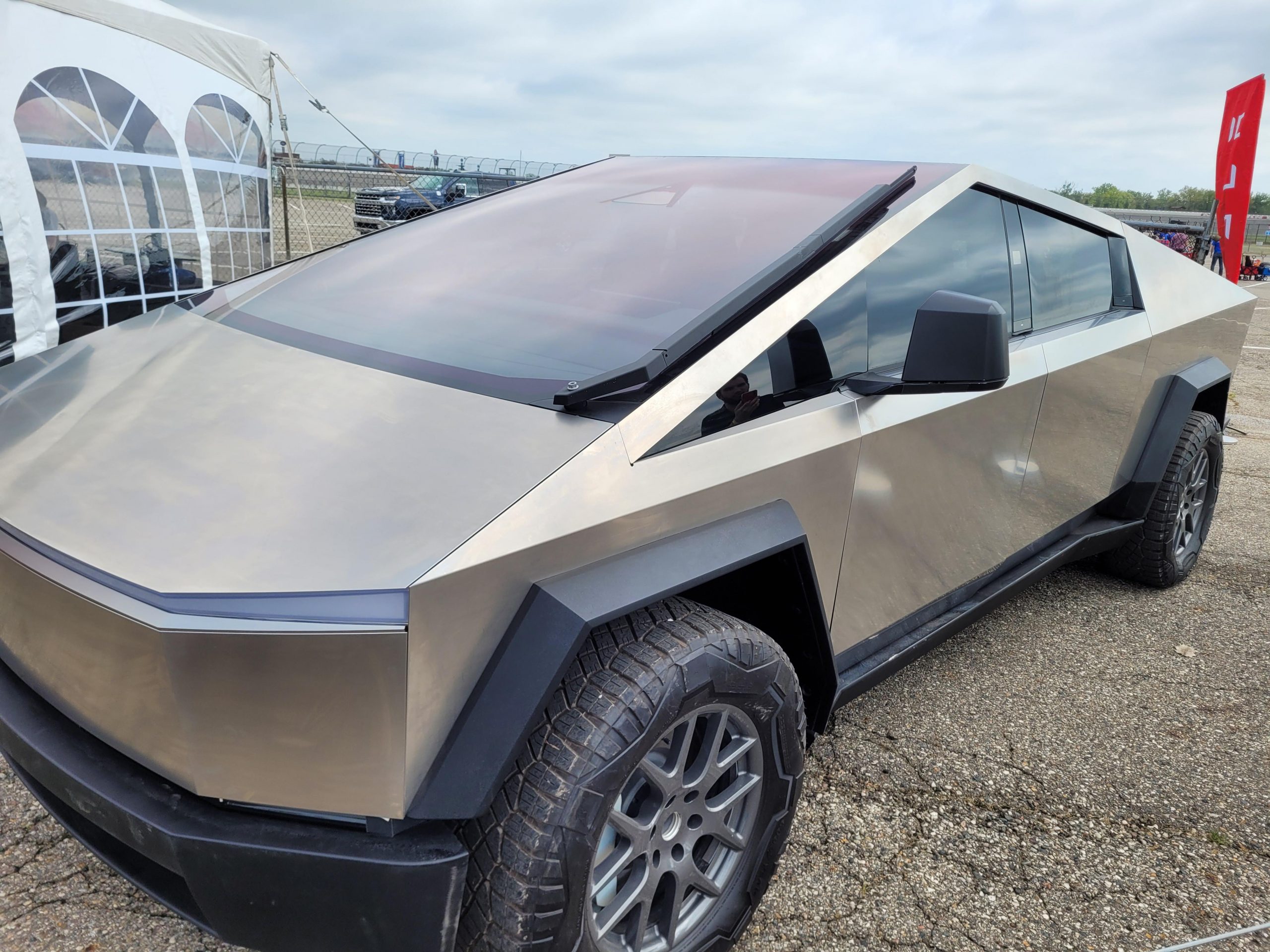 Tesla Cybertruck makes its most recent appearance in Michigan

The Tesla Cybertruck made its most recent public appearance this past weekend at the Michigan Formula SAE competition at Michigan International Speedway in Brooklyn, Michigan.

The engineering-based competition could be a hotspot for recruiting talented students across the world, and Tesla has regularly stated that it attempts to recruit top-tier talent. As the company continues to work to convince the brightest and youngest minds in engineering to join, Tesla had the perfect thing to incite some curiosity from competitors: the Cybertruck.

Captured by r/TeslaMotors user u/DifferentLow4875, the Cybertruck was spotted rolling around the infield at Michigan International Speedway, a 2-mile track used for stock car racing, among many other events. Tesla may have had a dedicated booth at the event, according to the photograph shared as a Tesla flag can be seen in the background. However, the Cybertruck was the main event of Tesla’s recruiting process, as it was spotted rolling around the venue with people inside.

The Cybertruck has been perhaps the most talked-about vehicle in Tesla’s lineup over the past several years simply due to its unorthodox design and incredibly unique aesthetic makeup. After being unveiled by Tesla in late 2019, the automaker delayed production from late 2020 to sometime in 2023 due to supply chain constraints. Tesla is battling with battery supply chain development, as well as bottlenecks with parts, which has pushed several projects back by years. The Roadster, Tesla’s next-generation design of its original vehicle, has been delayed for several years as well.

Tesla recently stated it would no longer accept orders for the Cybertruck in Europe or China as demand for the all-electric pickup continues to soar.

Tesla Cybertruck makes its most recent appearance in Michigan