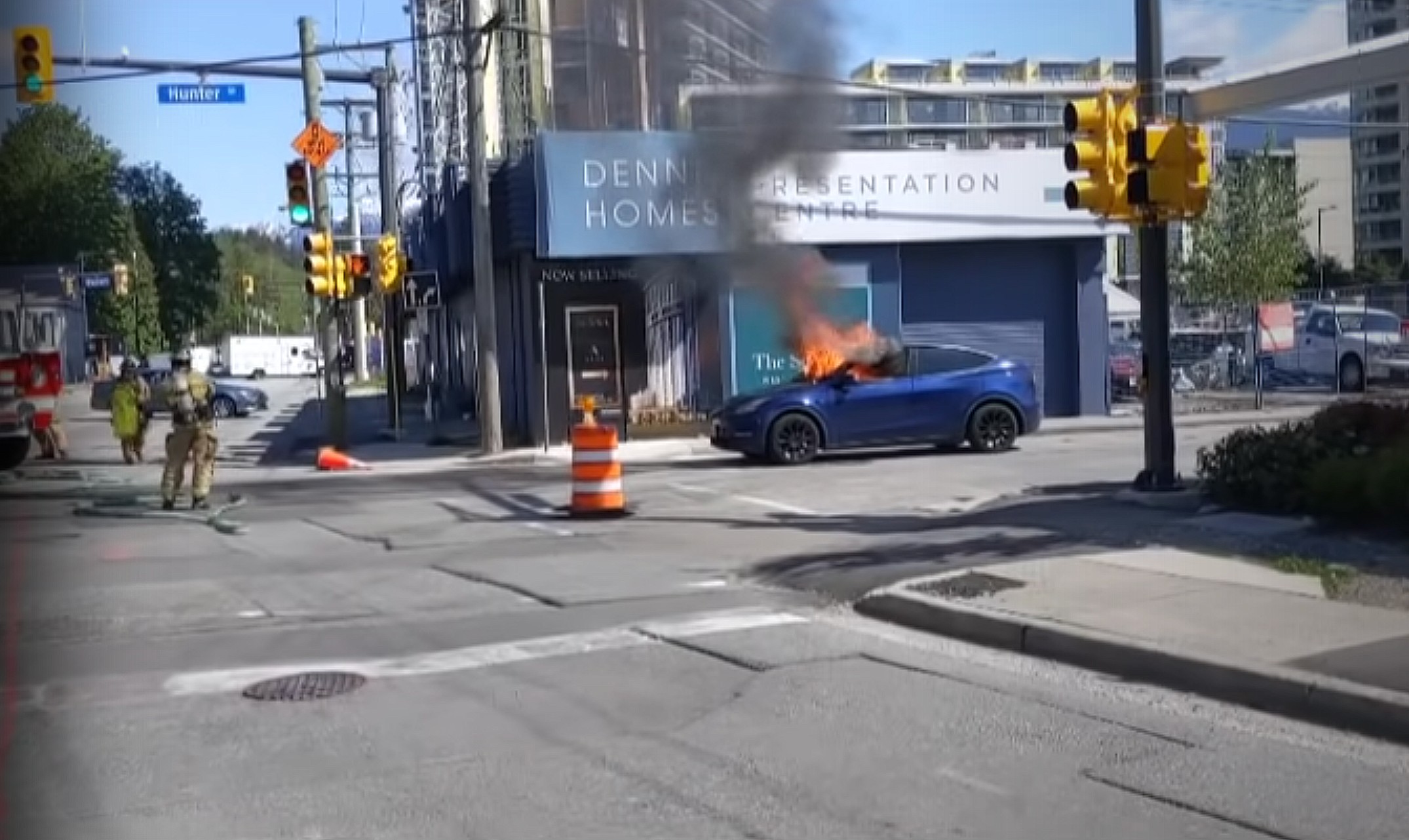 A Tesla owner in Vancouver, Canada, said he had to break the window of his all-electric crossover to escape the vehicle after it shut down and caught on fire unexpectedly.

While driving in North Vancouver late last week, Jamil Jutha said his 2021 Tesla Model Y lost power and shut down. After the car lost power, it became filled with smoke through the air vents, and Jutha said the doors to his vehicle would not open.

“The doors wouldn’t open. The windows wouldn’t go down,” Jutha said to CTV News (via the Independent). “I kicked through the window, climbed out, and called 911 right away,” Jutha added.

After kicking through the driver’s door window, Jutha said he escaped the vehicle and it began to catch fire. Flames emerged as he looked on while asking construction workers to help him direct traffic away from the vehicle.

A bystander nearby took an over 12-minute-long video that shows the Model Y parked in the middle of a public road with the entire driver’s door window completed dislodged but still hanging on to the vehicle. Smoke is seen coming out of the cabin through the now-displaced window. Jutha can be heard in the video saying “it just said error, error, error.”

“My car just started going into flames, not flames but it’s smoking up, my battery died on my Tesla and I don’t know what happened,” he said in the video. “All of a sudden the battery started smoking. My car just got set on fire. The whole car is on fire right now.”

Tesla doors, which are opened electronically, do have a mechanical release for instances where exiting the vehicle is an emergency. However, Jutha said it was not easy to figure out under immense pressure as it is not intuitive.

While there is an impression among some that EVs are more likely to catch on fire than others, Teslas have an impressive reputation when compared to other vehicles. According to data from the National Fire Protection Association (NFPA) and the U.S. Department of Transportation, there is a vehicle fire every 19 million miles traveled. Teslas are involved in a vehicle fire once every 210 million miles traveled, eclipsing the national average by more than 11-fold in 2021.

The full video of Jutha’s Model Y is available below.