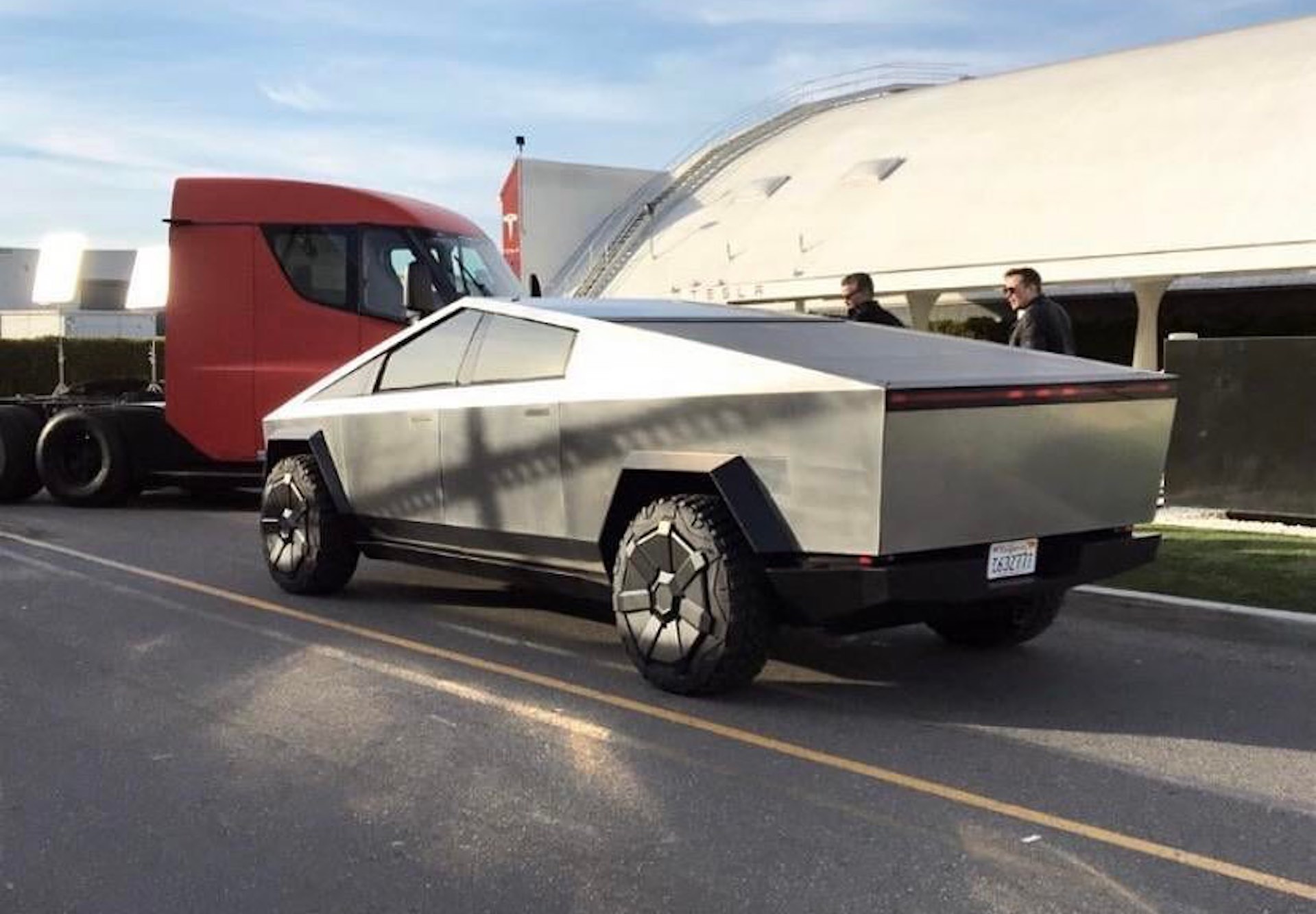 Elon Musk with Tesla Semi and Cybertruck at the Design Center Supercharger station in Hawthorne, CA (Credit: TeslaCybertruck via Instagram)

Tesla (NASDAQ: TSLA) faces a potential sell-off from investors if Cybertruck and Semi production timelines are not narrowed down shortly, Piper Sandler analyst Alexander Potter said in a new note.

“TSLA remains one of our highest-conviction long ideas, but even better entry points could lie ahead,” Potter wrote, along with fellow Piper Sandler analyst Winnie Dong. The unpredictability of Tesla’s production ramp leads Potter and Dong to believe that sell-offs could occur, especially as the electric truck market continues to become a more prominent subject matter in the EV sector moving forward.

Tesla has several competitors in the field of electric trucks, and it’s not just passenger vehicles. While the Cybertruck will encounter competition from Ford, Rivian, Arrival, Xos, and others, the Semi also has several established companies like Volvo, Freightliner, and PACCAR. Breaking into the market first is a big point for all of these companies, but producing the most effective and efficient electric truck also carries significant weight in the long-term spectrum.

Timing is going to be a crucial part of Tesla’s gameplan moving forward. While the company has been relatively accurate with software timeframes over the past several years, vehicle production is a different story. Most recently, Tesla announced the new Model S Refresh, and Elon Musk said the car would be delivered in February. This has yet to happen, though, as Tesla continues to refine details to make the Plaid Model S the best car on Earth. “There’s nothing else even close,” Musk said.

These production delays have also affected the Semi. Last year, Musk told employees to gear up for a volume push of the Semi, only to delay the project once again because of battery constraints, an issue that plagues electric automakers globally. The Semi will utilize a massive number of cells, and Tesla cannot sacrifice the production of its mass-market EVs to get the Semi project up and running. However, timeframes need to be established, and the uncertainty has Piper Sandler convinced that the stock could experience a sell-off from some investors.

“Temporary sell-offs seem likely,” Potter wrote, “because over the next 6+ months, there is a high degree of unpredictability in Tesla’s production ramp. This is particularly true for the company’s new plants in Germany and Texas, the latter of which will be producing both battery- and truck-related products using novel manufacturing techniques.”

Even the Cybertruck’s timeframe is up in the air at this point, all because of the massive Giga Texas construction project that is going on in Austin. Like Potter wrote, the Texas factory is where the Cybertruck will be manufactured. The factory obviously needs to be completed before production can begin, and the timeframe seems to be fluid at this point in time.

Tesla’s website still indicates that the Dual Motor and Tri-Motor variants are “expected in late 2021.” Musk did indicate on a recent episode of the Joe Rogan Experience podcast that this is still the plan, but it will happen “if we get lucky.”

“If we get lucky, we’ll be able to do a few deliveries toward the end of this year, but I expect volume production to be in 2022.”