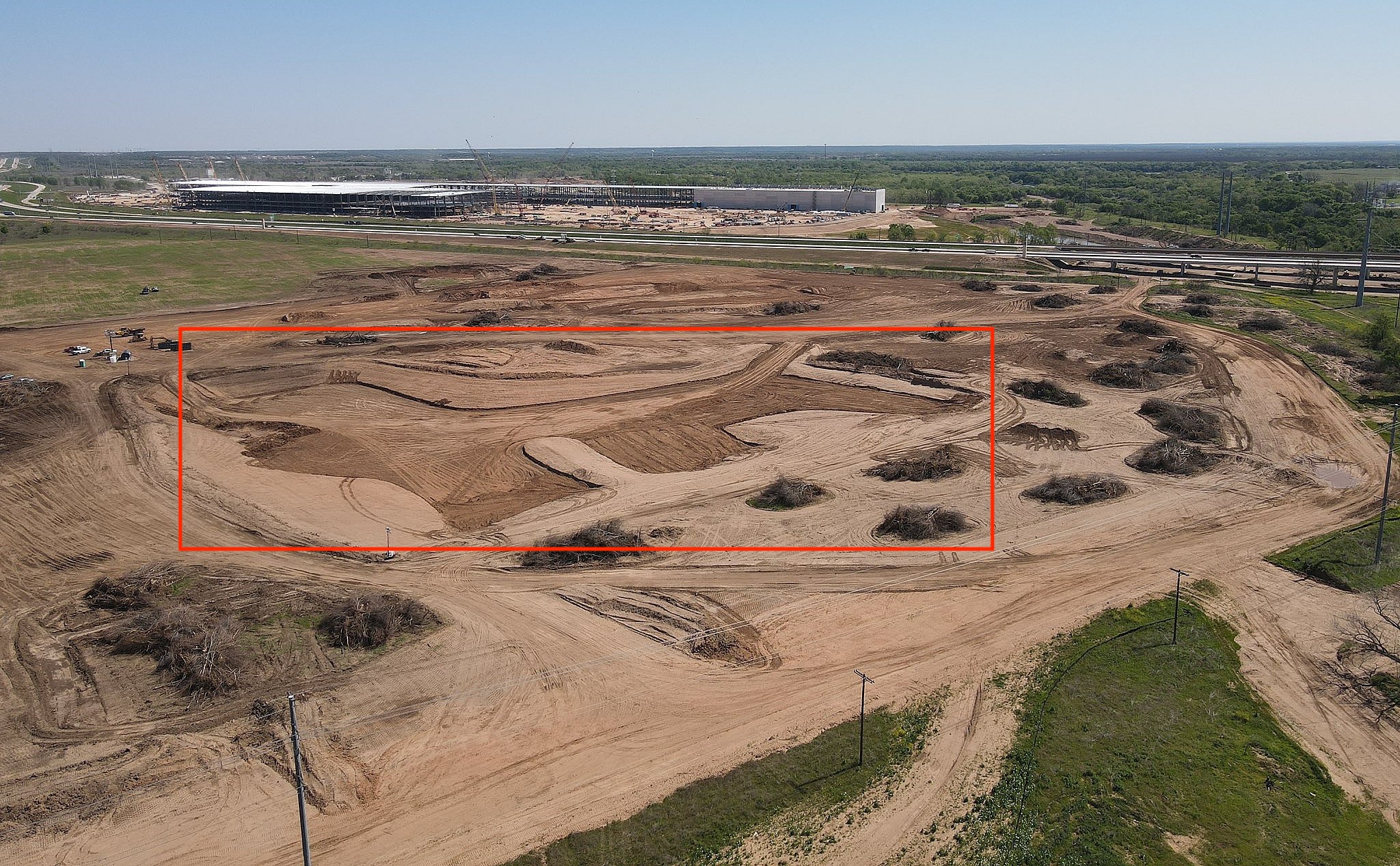 Elon Musk is known for many things. Apart from being a noted innovator with a penchant for attempting what is otherwise conventionally considered impossible, Musk is also known for his witty and sarcastic humor. The CEO’s humor and playful nature could be found in Tesla’s products, from fun Easter eggs on the car itself, and more recently, it seems, in the construction zone of Gigafactory Texas.

Musk has noted that he loves to use Twitter as a way to express himself, similar to how other people use their hair to show the world who they are. This was particularly evident recently as Tesla started embracing Bitcoin by investing $1.5 billion in the cryptocurrency. Musk, for his part, has focused his cryptocurrency-related tweets on Bitcoin’s more meme-worthy sibling—Dogecoin, a cryptocurrency initially created as a joke.

Giga Texas Westward expansion is no joke!
Also a very busy spectator day at the site – ALL the who’s who were there! Haha 😆 Have a great evening !
📷 @peterdog15 pic.twitter.com/fLbj3wCHFy

Musk has expressed his love for Dogecoin and its mascot, a Shiba Inu fondly dubbed in internet meme culture as a “Doge.” Over the past weeks, Musk has mentioned that he would be getting an actual Shiba Inu for himself. And on April Fools’ Day, Musk tweeted that SpaceX would be putting a “literal Dogecoin on the literal Moon” in a future mission. The CEO’s Dogecoin payload to a Moon mission may likely be a joke, of course, but Musk has also joked about sending a car to space in the past, and we all know how that went.

What was somewhat unexpected, however, was that Tesla seems to have hidden yet another big Doge-related Easter egg in its Gigafactory Texas site. The construction of the massive facility has been progressing at an extremely rapid pace, and every step of its development is closely monitored by Tesla community members who regularly conduct drone flyovers of the construction site. It was in one of these flyovers that Elon Musk’s latest Easter egg may have been discovered.

As could be seen in a recently captured drone footage, part of Tesla’s construction in the Giga Texas area involved clearing some new ground at the far west side of the facility. Interestingly enough, an aerial view of the site shows that the soil has been moved around in such a way that part of the area, when viewed from an angle, resembles an outline of a dog, complete with a mouth, a tail, paws, and ears. This was highlighted by a rather humorous post from the Tesla Owners Club of Austin, which noticed the apparent, massive Easter egg hidden in plain sight at the Giga Texas facility.

Granted, the massive figure could have simply been created by accident, or it may have been a playful joke by some of Giga Texas’ workers. However, such jokes or Easter eggs do fit the characteristics of some of Elon Musk’s classic humor. If any, it does provide a rather lighthearted reminder that while Giga Texas’ construction is aggressively progressing at lightning speed relative to projects like Gigafactory Nevada, Tesla is still a company with a ton of personality. And that’s precisely one of the reasons why it enjoys so much support from people across the globe.

Watch Jeff Roberts‘ recent flyover of the Gigafactory Texas site in the video below.