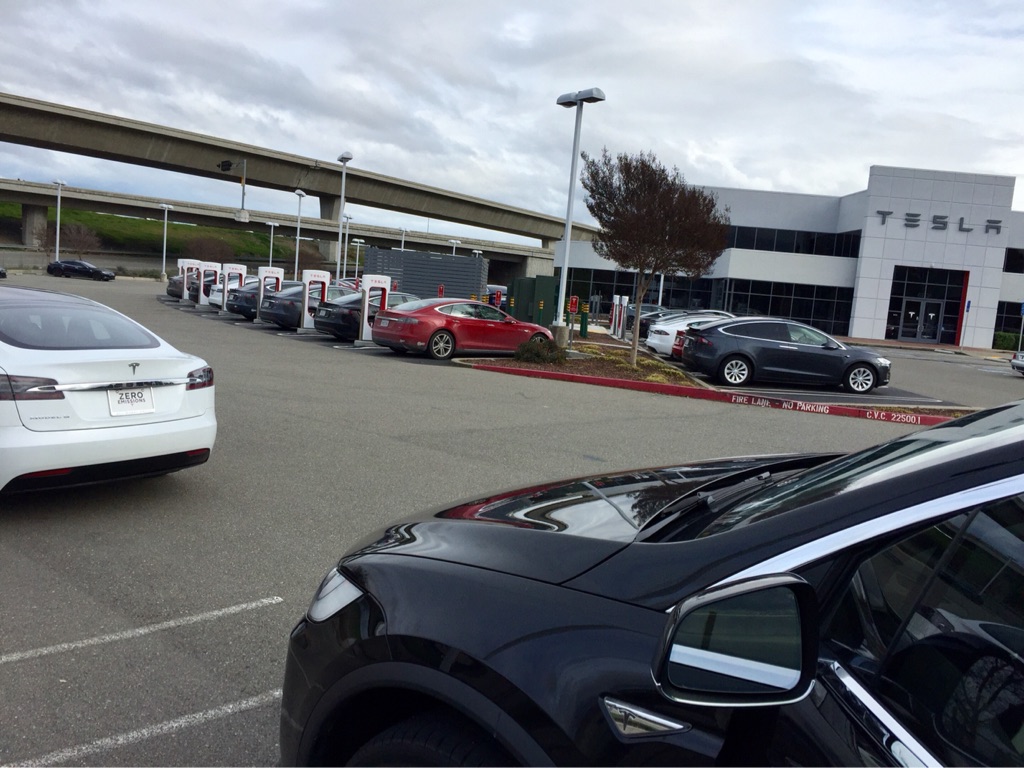 Tesla issued a blog post today that sets forth precisely how it intends to meet the charging needs of its existing Model S and Model X owners, and new customers, as it welcomes Model 3 owners into the Tesla family. The Elon Musk-led electric carmaker and energy company says it plans to have more than 10,000 Superchargers and 15,000 destination chargers in its network by the end of 2017, doubling that of the existing charging network.

“As Tesla prepares for our first mass-market vehicle and continues to increase our Model S and Model X fleet, we’re making charging an even greater priority. It is extremely important to us and our mission that charging is convenient, abundant, and reliable for all owners, current and future. In 2017, we’ll be doubling the Tesla charging network, expanding existing sites so drivers never wait to charge, and broadening our charging locations within city centers.”

Teslanomics recently looked at the data and concluded that today, there are about 39 Teslas for every Supercharger. That’s up more than 40% since two years ago. But those stats apply worldwide. In California, there are 105 Teslas for every Supercharger which is expected to increase dramatically as the company plans to deliver the first Model 3 sedans to Tesla employees who work in the Golden State. 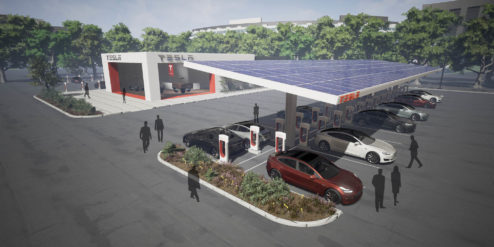 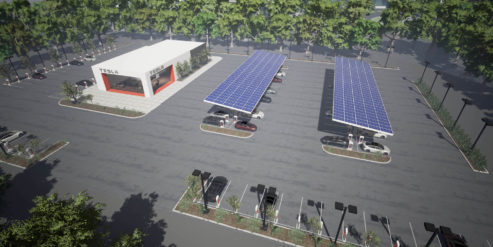 Not to worry, Tesla says. “We started 2017 with over 5,000 Superchargers globally and by the end of this year, Tesla will double that number to total more than 10,000 Superchargers and 15,000 Destination Charging connectors around the world. In North America, we’ll increase the number of Superchargers by 150 percent, and in California alone we’ll add more than 1,000 Superchargers. We’re moving full speed on site selection and many sites will soon enter construction to open in advance of the summer travel season.”

It should be pointed out the summer travel season is just a few months away. But any company that can build and install a 396 Powerpack system for Southern California Edison in 3 months time is more than up to the challenge of expanding its charging network rapidly.

“[W]e know that to truly advance electric vehicle adoption, we must continue investing in charging infrastructure,” the blog post continues. “Toward that goal, Tesla will build larger sites along our busiest travel routes that will accommodate several dozen Teslas Supercharging simultaneously. In addition, many sites will be built further off the highway to allow local Tesla drivers to charge quickly when needed, with the goal of making charging ubiquitous in urban centers.

STAY UP TO DATE: Get real-time notifications every time Tesla expands its Superchargers and Destination chargers worldwide (iOS | Android)

“Tesla will continue to lead the industry with the fastest, most advanced charging technology in the world and continue to build the only cars capable of leveraging that power. The ongoing expansion of the networks will ensure that Tesla drivers are able to quickly and easily charge their vehicles no matter what, and that a seamless charging experience remains our priority.”

Tesla has always met the challenge of charging its electric cars head on. Other manufacturers are hoping for tax payers to do the heavy lifting or for private enterprise to install for-profit charging networks. Volkswagen is under court order to invest into a $2 billion electric vehicle charging infrastructure as penance for its diesel cheating sins, but that can hardly be consider voluntary on the company’s part.