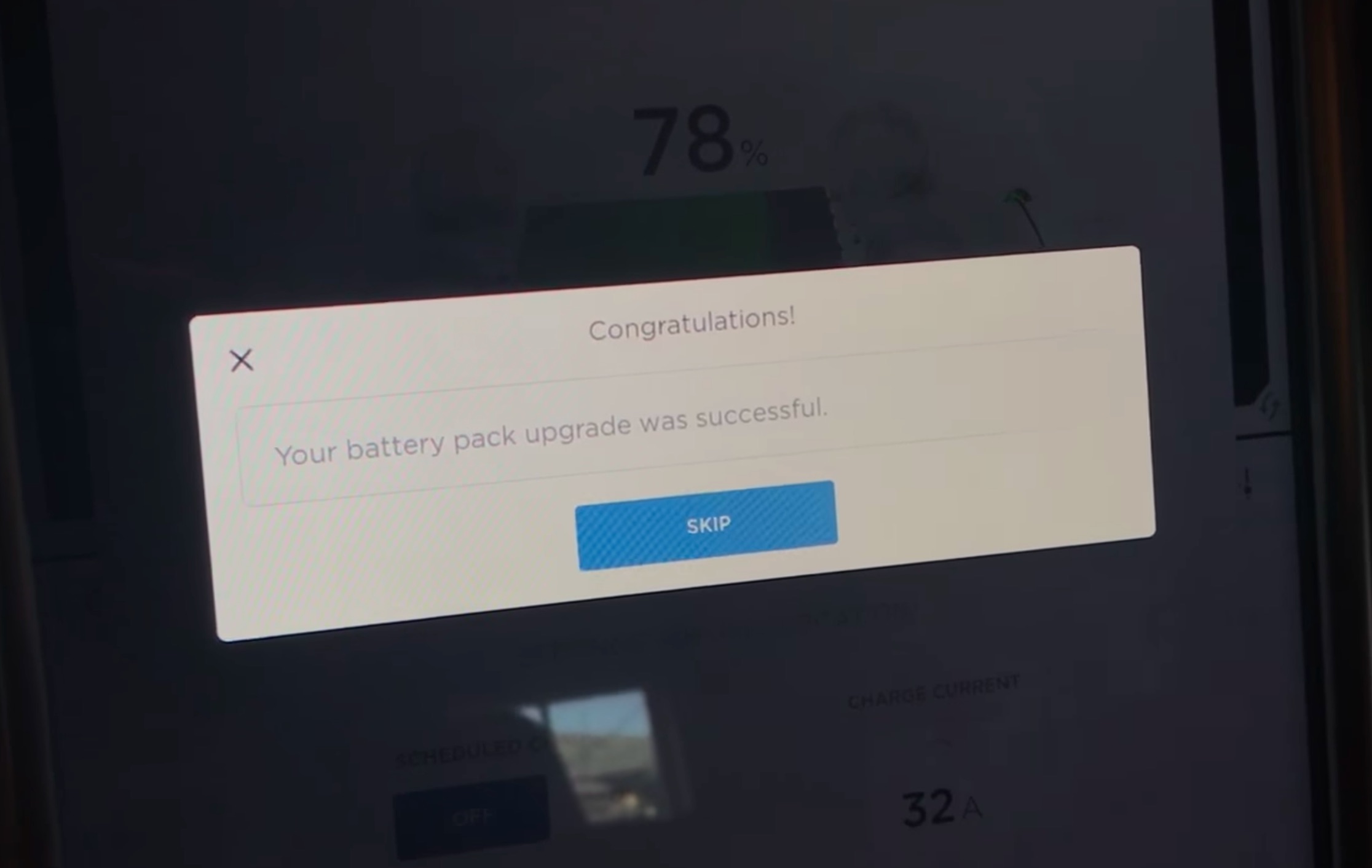 Following our report that Tesla has slashed pricing on its wireless Range Upgrade that enables Model S 60D owners to upgrade to a 75D via an over-the-air software update, a Model S owner has taken to YouTube to show just how simple it is to increase battery capacity by 25%. As simple as waiting 1 minute and 53 seconds after pressing a ‘Buy’ button on the vehicle’s center touchscreen.

The video shot by Daniels and picked up by InsideEVs is the first time we’re seeing how Tesla’s in-car purchase feature operates in its entirety. Tesla first introduced the ability to add Autopilot to a Model S after the vehicle’s initial point of sale, and would later extend the in-car buying experience to the over-the-air battery range upgrade.

As Tesla continues to streamline production processes ahead of the upcoming Model 3 ramp, we can expect the company to introduce even more unlockable features as a way to minimize the number of vehicle variations that need to be produced, while also reducing the price barrier for entry.

Check out the following video showing a Model S completely transform itself from a 60D to a 75D.