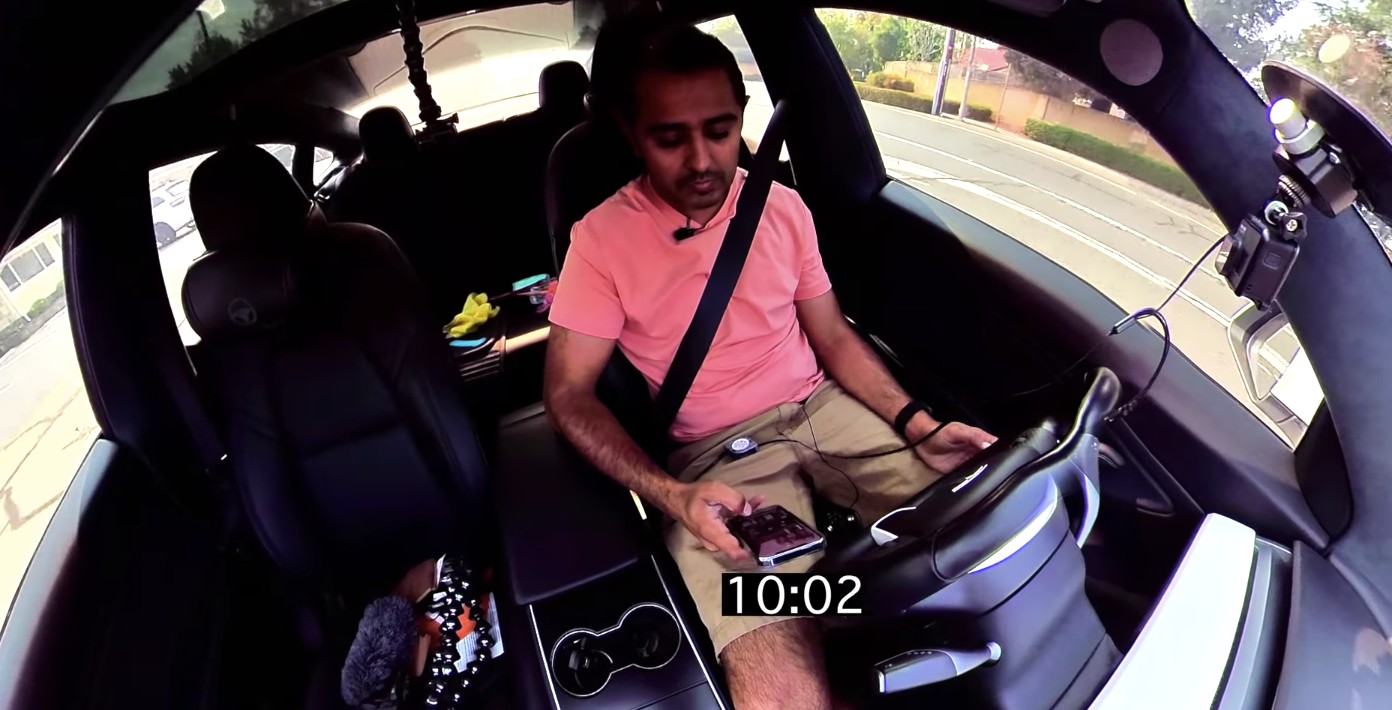 A few months ago, Tesla rolled out a new driver monitoring system (DMS) that uses the Model 3, Model Y, and new Model S’ cabin cameras to help determine if drivers are paying attention to the road. The camera-based DMS made Tesla’s safety checks more robust, especially as leaks about the feature indicated that the company was detecting several behaviors indicative of drivers being inattentive on the road.

Tesla described the feature as follows in its Release Notes: “The cabin camera above your rearview mirror can now detect and alert driver inattentiveness while Autopilot is engaged. Camera data does not leave the car itself, which means the system cannot save or transmit information unless data sharing is enabled.”

Model 3 owner and FSD Beta tester Tesla Raj tried out Tesla’s camera-based monitoring system — specifically, if it could detect a driver that was distracted with his phone. Raj recently tried to see if there was any difference between his car’s warnings when he wasn’t looking at the road compared to when he was not touching the steering wheel. The results were actually interesting.

When his eyes were on his phone while FSD Beta was engaged, the Model 3 owner received a loud, audible warning after 15 seconds. Visual alerts were also displayed on the vehicle’s infotainment screen, prompting the driver to take over immediately. The alert suggested the Model 3’s DMS recognized that the driver was looking at his cellphone instead of the road.

A second test involved the driver looking at the road ahead but not having hands on the steering wheel. In this test, Tesla’s DMS kicked in the audible alerts after a significantly longer time. The same was true with the vehicle’s visual alerts. It seemed that in the second test, Tesla’s DMS concluded that the driver’s eyes were focused on the road. The only issue was that the driver’s hands were not always on the steering wheel.