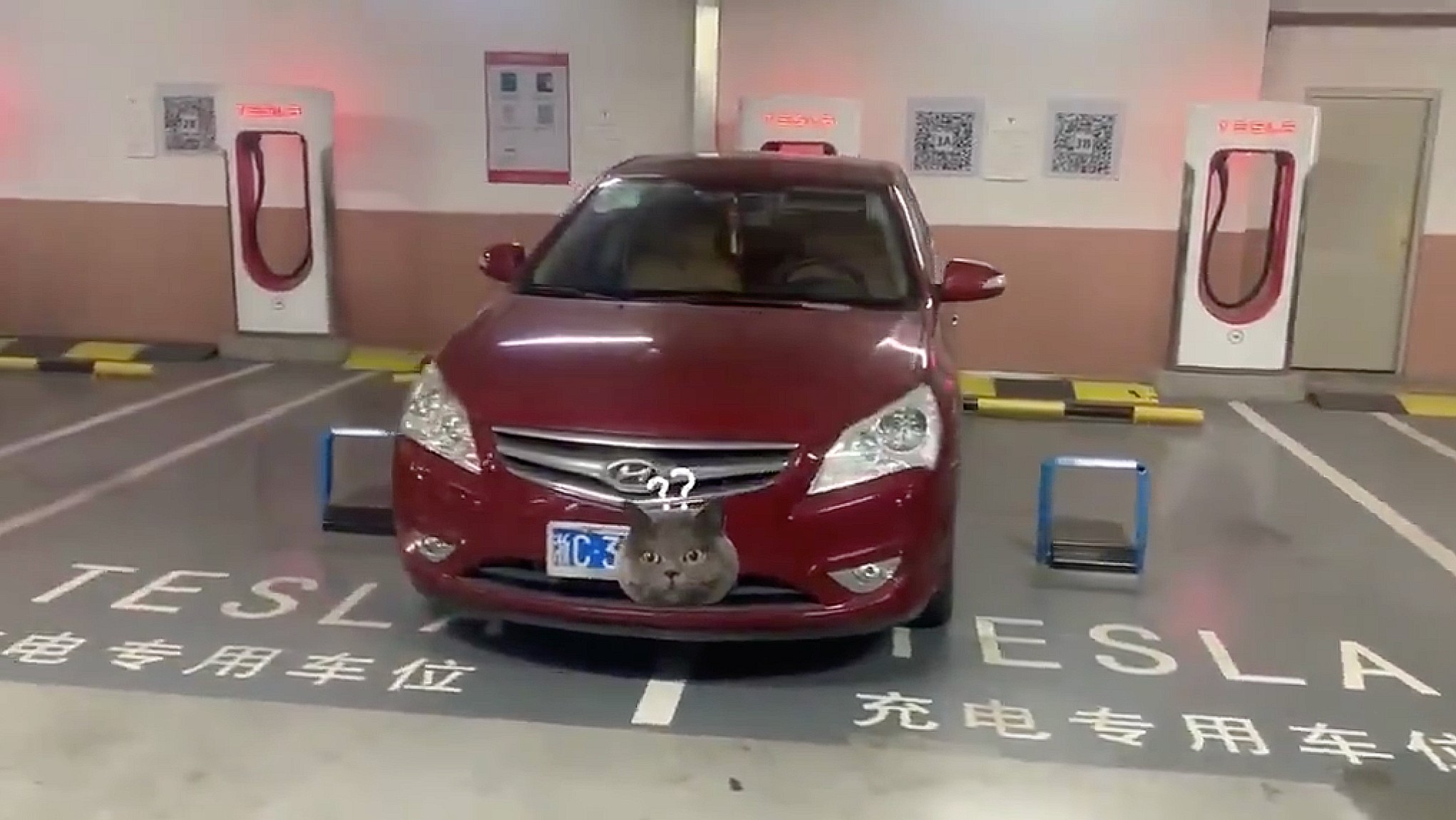 Tesla drivers in China are receiving the ICE treatment: the act of gas-powered cars parking in charging spaces reserved for electric vehicles.

A common practice among the anti-EV supporters in the world, ICEing is a way to prevent Teslas and other electric cars from plugging into chargers. Commonly, ICEing is performed as a protest against the EV movement, and it is rarely an occurrence that takes place because of a lack of available parking spots.

First seen at the beginning of the introduction of mainstream EVs, ICEing has become an illegal act in many U.S. States and other areas worldwide. Perpetrators of the act of trolling are usually subjected to hefty fines that can exceed $125. That’s an expensive practical joke.

However, Chinese drivers of electric vehicles are feeling the effects of ICEing now. While this is not the first occurrence of the act in the Asian country, it may be the most recent. Tesla enthusiast @JayInShanghai shared a video showing multiple gas-powered vehicles occupying Tesla Supercharger spots. Owners of BMWs, Hyundais, and Toyotas all purposely parked in several EV charging spaces. The owners of these vehicles also did a double whammy to EV owners by double-parking.

Meanwhile, an innocent Model X sits just outside of the spaces, waiting for the opportunity to regain range before embarking on a new journey.

Unfortunately, the act of ICEing does nothing but make life inconvenient for two people. The owner of the EV is forced to wait for a charging space, and the owner of the gas-powered car is usually given a fine.

EV owners are no stranger to harassment from those who are stuck on gas and diesel-powered cars. ICEing is among many popular techniques used by ICE drivers; coal rolling is one of the other more notable pranks pulled on the environmentally friendly cars.

Teslarati has reported on other occurrences of ICEing in the past, including an incident in Germany, where the owner of a large Ford pickup was greeted by the Berlin Police Department and a tow truck. Another incident involved a Ford Mustang and a middle finger.

Tesla has developed some preventative measures, like a “ground lock” that essentially blocks gas cars from entering a Supercharger space. However, the garage in the aforementioned video equipped these, but the gas car drivers just pulled in between them.

Other solutions are likely needed to prevent these incidents from occurring in the future. While one of the simplest solutions is to create more laws and harsher penalties for perpetrators, this strategy has not prevented ICEing incidents from happening. It appears that the only real solution to eliminate the problem altogether is to eliminate gas cars completely. Buy a Tesla instead.