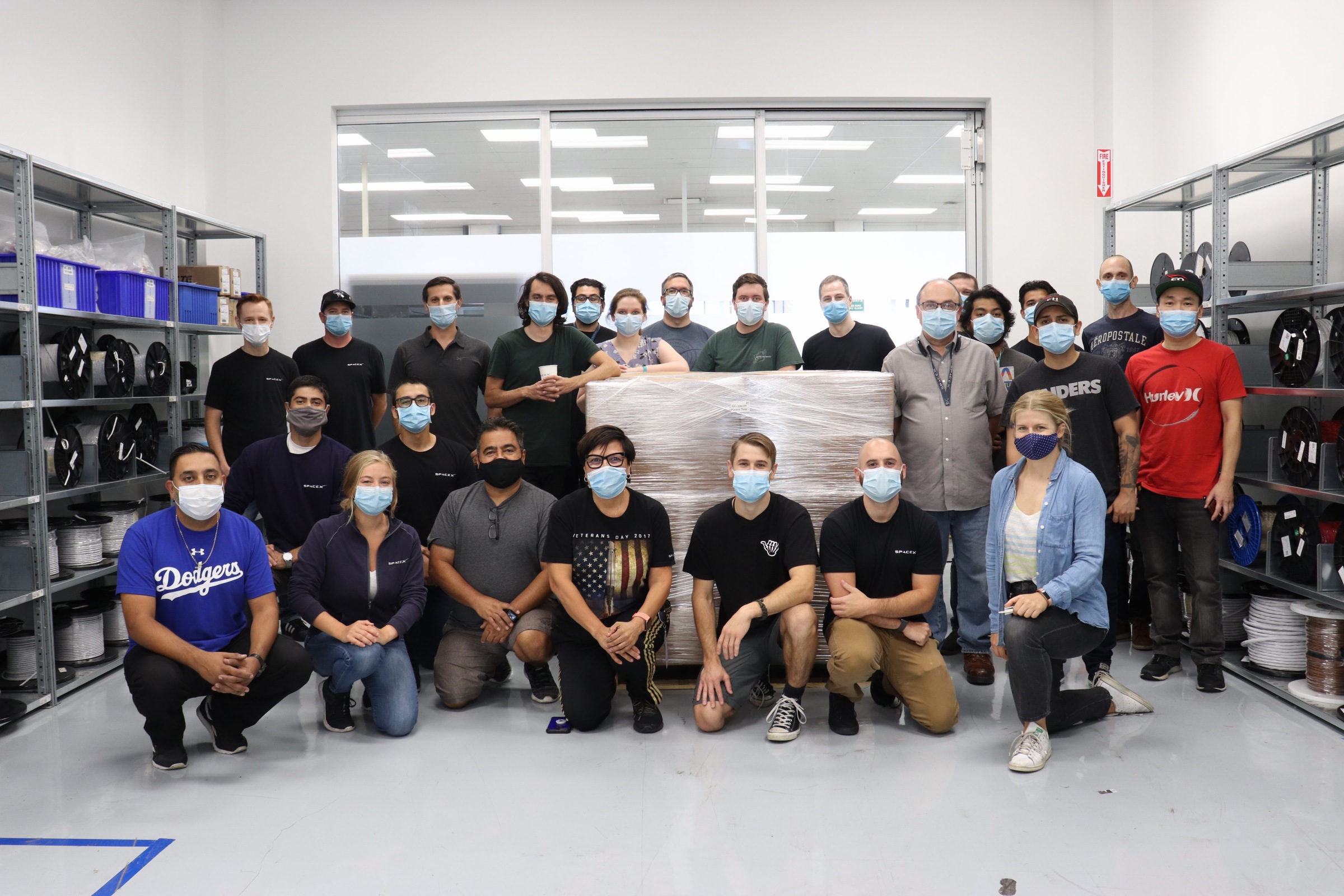 Earlier this year, Elon Musk announced on Twitter that SpaceX would be working with medical device firm Medtronic to help the company produce its most advanced ventilators, which are pivotal in the battle against the pandemic. Details about the two companies’ collaboration have been quite slim since then, with Musk simply noting that SpaceX was producing valves for Medtronic.

In a recent post, Medtronic opted to share some key insights about its work with Elon Musk and his private space enterprise. The medical device maker’s story highlighted the value of Musk’s Silicon Valley-style approach to his companies, which emphasizes quick innovation that’s directed towards the development of real-world, practical solutions in the shortest time possible.

Medtronic’s Puritan Bennett 980 Ventilator Series is the company’s most advanced ventilator. It allows patients to breathe naturally through a series of innovative breath delivery technologies. It’s also fitted with a unique ventilator assistance feature that allows the machine to continue delivering ventilatory support even in the event of certain system failures. The flagship machine is built in Medtronic’s facility in Galway, Ireland, and it has become a staple in numerous hospitals.

In a typical year, Medtronic’s Galway plant could produce about 7,500 valves for its flagship ventilator. But with COVID-19 spreading across the globe, the need for ventilators increased rapidly and significantly. Medtronic promptly increased the production of its ventilators, and by mid-March, the Galway plant had raised its output by 40%. But it was not enough. Building ventilators is a complex process, after all, and the machines require advanced components that are difficult to manufacture.

One of these components is a proportional solenoid (PSOL) valve, a highly complex piece of machinery that controls the flow of air and oxygen inside the machine. The PSOL valve consists of over 50 parts, and each must be manufactured with surgical precision, with some components having tolerances as thin as a strand of hair. Medtronic’s most advanced ventilator used three of these PSOL valves per unit, and as noted by Medtronic Engineer Matt Phillips, the medical device firm was pretty much at a loss about how it could meet the increasing demand for its products.

And then Elon Musk called, and he came with a unique, interesting proposal.

Musk’s private space firm, SpaceX, which made its mark in the industry with its reusable rockets and its Crew Dragon spacecraft, offered to make PSOL valves for Medtronic. SpaceX proved to be the perfect partner for the medical device maker, as it already had a division that designs and manufactures valves for its rockets. The private space enterprise’s engineers were top-notch, and they had the technical expertise to stand up to the challenge. And with that, the two companies’ collaboration began.

In a display of its quick, Silicon Valley-style approach to problem-solving, SpaceX did not waste any time. COVID-19 was not letting up, and neither was Elon Musk’s private space enterprise. SpaceX promptly converted part of its rocket factory in Hawthorne, California to produce PSOL valves with the help of Medtronic employees. To maximize mobility and speed, the team even built a PSOL valve manufacturing line on carts. Ultimately, the SpaceX and Medtronic team achieved in months what might have otherwise taken years.

As noted by the Medtronics engineer, SpaceX did not scrimp on its talent, with some of the engineers who worked on the Crew Dragon capsule working on the Medtronic project. Quality control was extremely high, with the valves produced at the SpaceX site undergoing rigorous testing before being shipped to Galway.

“When it comes down to it, these ventilators are going to save lives,” Phillips said. “So every component has to be perfect. There is no room for error, which is why we put these valves through such an intensive testing protocol,” the Medtronic engineer added.

Thanks in no small part to the quick initiative of the SpaceX team, the medical equipment company now has the capability to produce 9,000 PSOL valves for Medtronic’s flagship ventilator over the next 8 to 10 weeks. That’s about the same amount of valves that Medtronic’s Galway plant produced in 2019. The Galway facility, for its part, could now operate at five times the volume of its pre-pandemic operations.

“I have never seen anything like this in my life… This project certainly changed the way I look at production, partnership, and innovation. I know that, with the right focus and the right energy, we can take what we learned from this project and apply it to other challenges that come our way,” Phillips remarked.