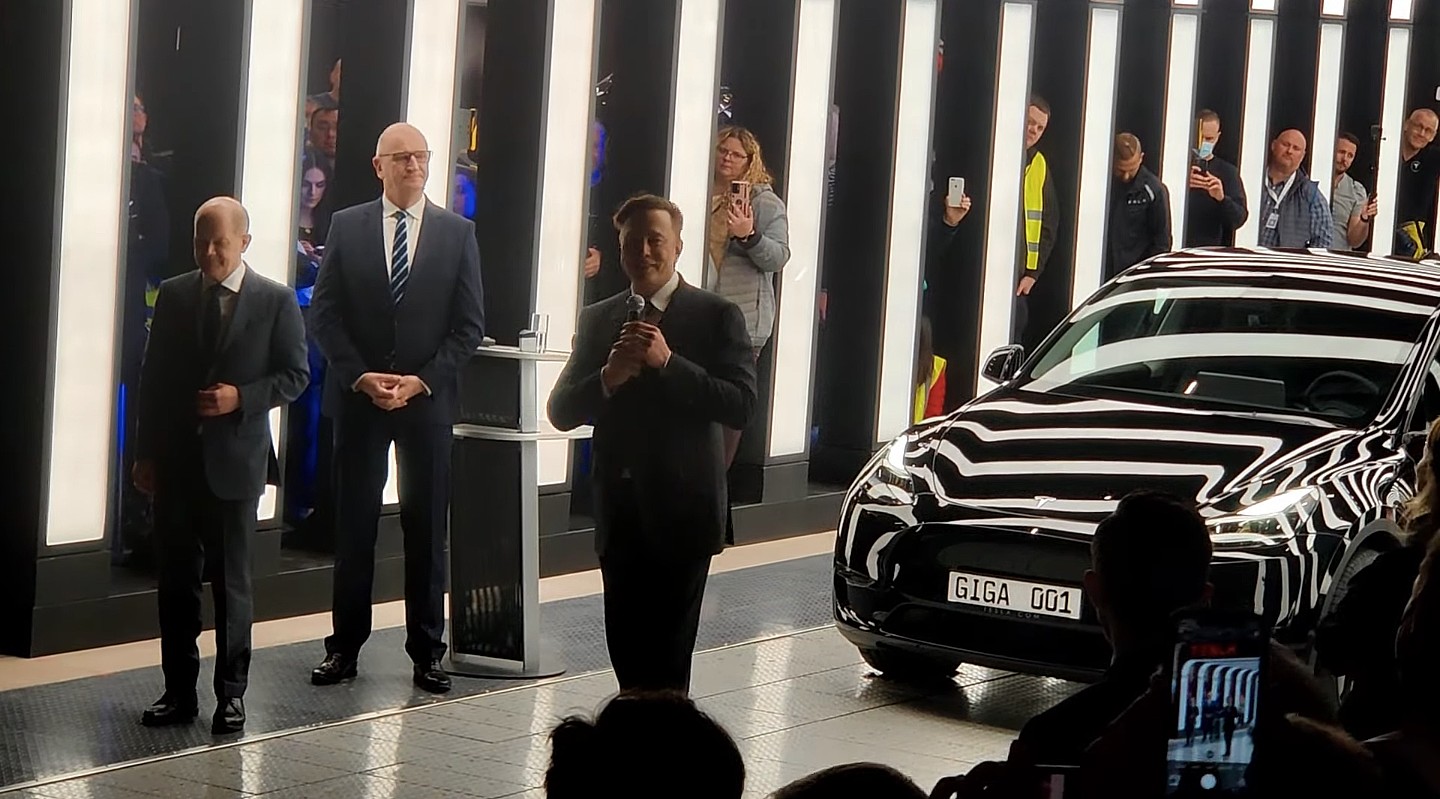 Tesla Gigafactory Berlin-Brandenburg may have seen its own fair share of delays, but the facility was still completed quickly — at least compared to other high-profile projects in the area. This was a point highlighted by Chancellor Olaf Scholz (SPD) during Giga Berlin’s opening ceremony, which was attended by Tesla CEO Elon Musk and several other government officials.

The massive electric vehicle factory ultimately entered operations after almost two years of construction. According to Scholz, East Germany will especially benefit from Giga Berlin’s presence in the area. Considering the time it took for the facility to be built and fully approved, the official noted that Giga Berlin proves that “Germany can be fast.” This is quite a valid point considering that the BER airport, which opened in 2020, encountered a nine-year delay.

Federal Economics Minister Robert Habeck stated that the official start of Model Y production at Giga Berlin is a special day for the region and for Germany as a whole. Brandenburg Minister-President Dietmar Woidke was on the same page, noting that by having a vehicle factory set up and running in 861 days since its announcement, Tesla has put Grünheide on the map.

“Personally, I’m grateful to Elon Musk for locating such a project here,” Woidke said, adding that he and the Tesla CEO have been in close contact over the construction of Giga Berlin. The politician admitted that Tesla sometimes made it difficult for Brandenburg, and there were also times when Brandenburg made things difficult for Tesla. Commenting further, Woidke stated that he is relieved that vehicle production is starting in Giga Berlin. “We look forward to a long and good time with Tesla,” he said.

The speed of Giga Berlin’s construction is due to a variety of factors. True to its reputation, Tesla moved fast, constructing the facility using preliminary permits and without public funding. The company also had foregone subsidies for Giga Berlin. This was a lot of risk on Tesla’s part, but Elon Musk noted in his opening speech that Giga Berlin is worth all the work. According to the CEO, Tesla would ensure that the facility becomes a point of pride for those in the area.

“I’m incredibly excited to hand over the first production cars from our team here at Giga Berlin-Brandenburg. This is a great day for the factory, and I’d just like to thank everyone who helped. Thank you very much. You’ve really made a very big difference. And to the community, Tesla will make sure that this is a gemstone for the area, for Germany, for Europe, and for the world.

Musk also touched on what could very well be a personal topic in his speech, noting that facilities such as Gigafactory Berlin should encourage people to have hope in the future. Tesla is a company whose sole existence is to help move the world towards sustainability, and facilities like Giga Berlin are significant steps towards achieving these goals.

“So I want to be clear, that, because sometimes people are sad about the future or they think, ‘Will we solve sustainable energy?’ and ‘Maybe it’s the climate issue,’ ‘It’s too late’, or something like that. I really want to assure everyone that you can have hope in the future, you should have hope in the future. This problem will be solved and this factory is a major step in that direction. So believe in the future,” Musk said.

Watch Elon Musk’s opening speech at Giga Berlin in the video below.